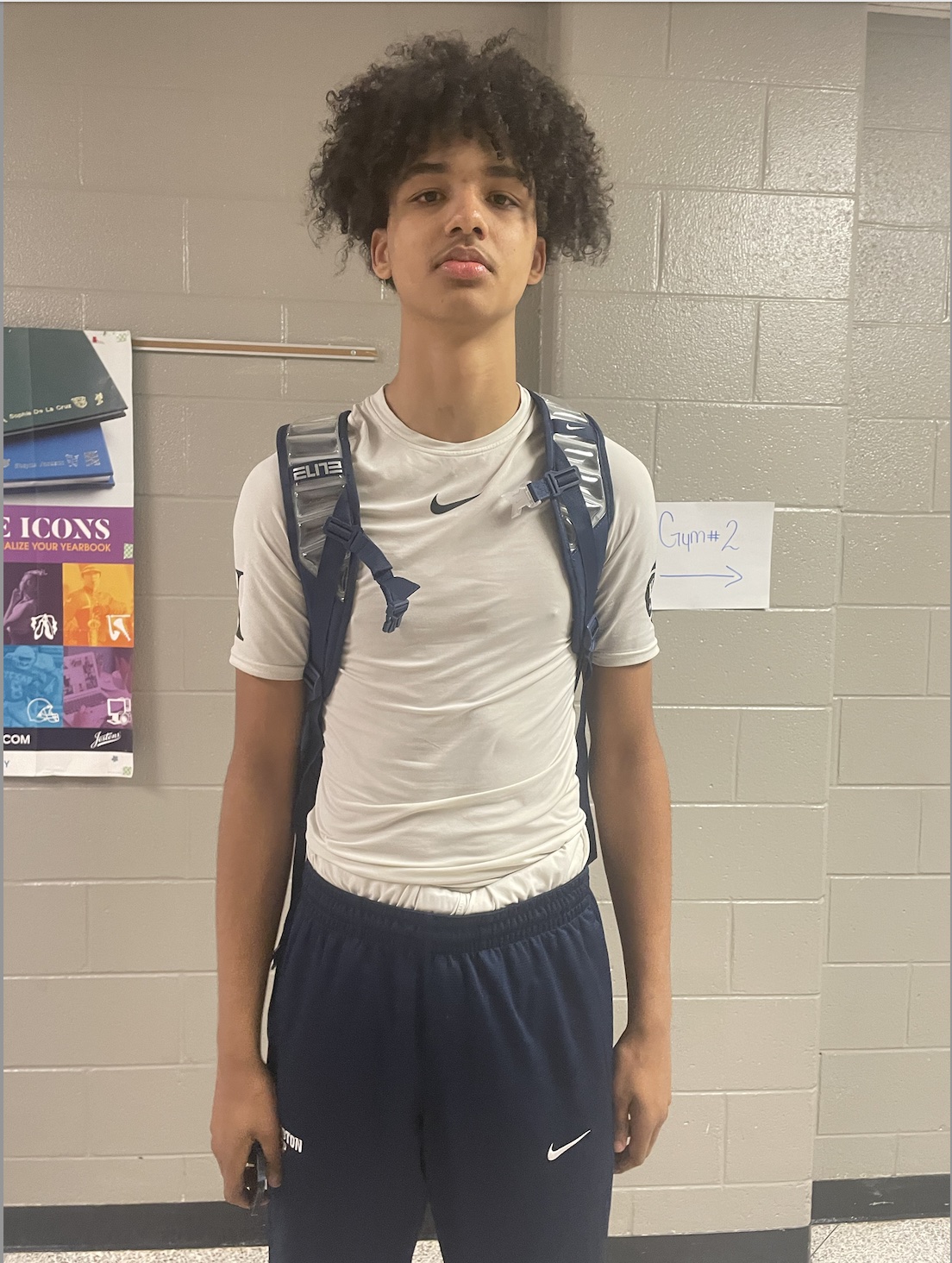 By JACOB POLACHECK ATLANTA – Class of 2024 Huntington (WV) Prep shooting guard Trentyn Flowers had an excellent showing at the eight annual Holiday Hoopsgiving over the weekend, including a 27-point performance against No. 6-ranked Southern California (CA) Academy. Flowers finished the game with 27 points, three rebounds, two assists and two blocks as his team fell just short in a 75-73 loss. “I’ve displayed that I can shoot the ball pretty well,” Flowers said. “I can play above the rim. I had a couple of dunks this weekend. Also, my passing ability, which is very underrated with some of the no-looks and stuff like that.” The 6-foot-8, 190-pound shooting guard out of Huntington, WV, is ranked by Rivals as the No. 33 overall prospect in the class of 2024, as he holds offers from Alabama, Auburn, Cincinnati, Florida, Georgia, Georgia Tech, Illinois, Kansas, Ole Miss, Oklahoma State and Xavier, among others. “All the blue bloods are coming after me,” Flowers said. “I’ve been in contact with Duke, UNC. I’m going to be narrowing down my schools by the end of the summer and you might be seeing a commitment soon after.” Flowers, who wants to cut his list to eight, says Xavier, Cincinnati and Kansas have been in contact frequently, breaking down each program: Xavier: “Jonas Hayes, that’s my guy over there. He’s a great person, great coach.”  Cincinnati: “Coach Wes Miller. They’ve got coach Chad Dollar over there. Also, coach Andre (Morgan). They’ve got a great staff over there, beautiful facilities, so it’s nice.”  Kansas: “It’s just Kansas. Andrew Wiggins went there. I’m at Huntington Prep, so where I want to be, I’ve always wanted blue blood type schools. That’s how I feel about Kansas.”  Follow Jacob Polacheck on Twitter Follow Adam Zagoria on Twitter Follow ZAGSBLOGHoops on Instagram And Like ZAGS on Facebook