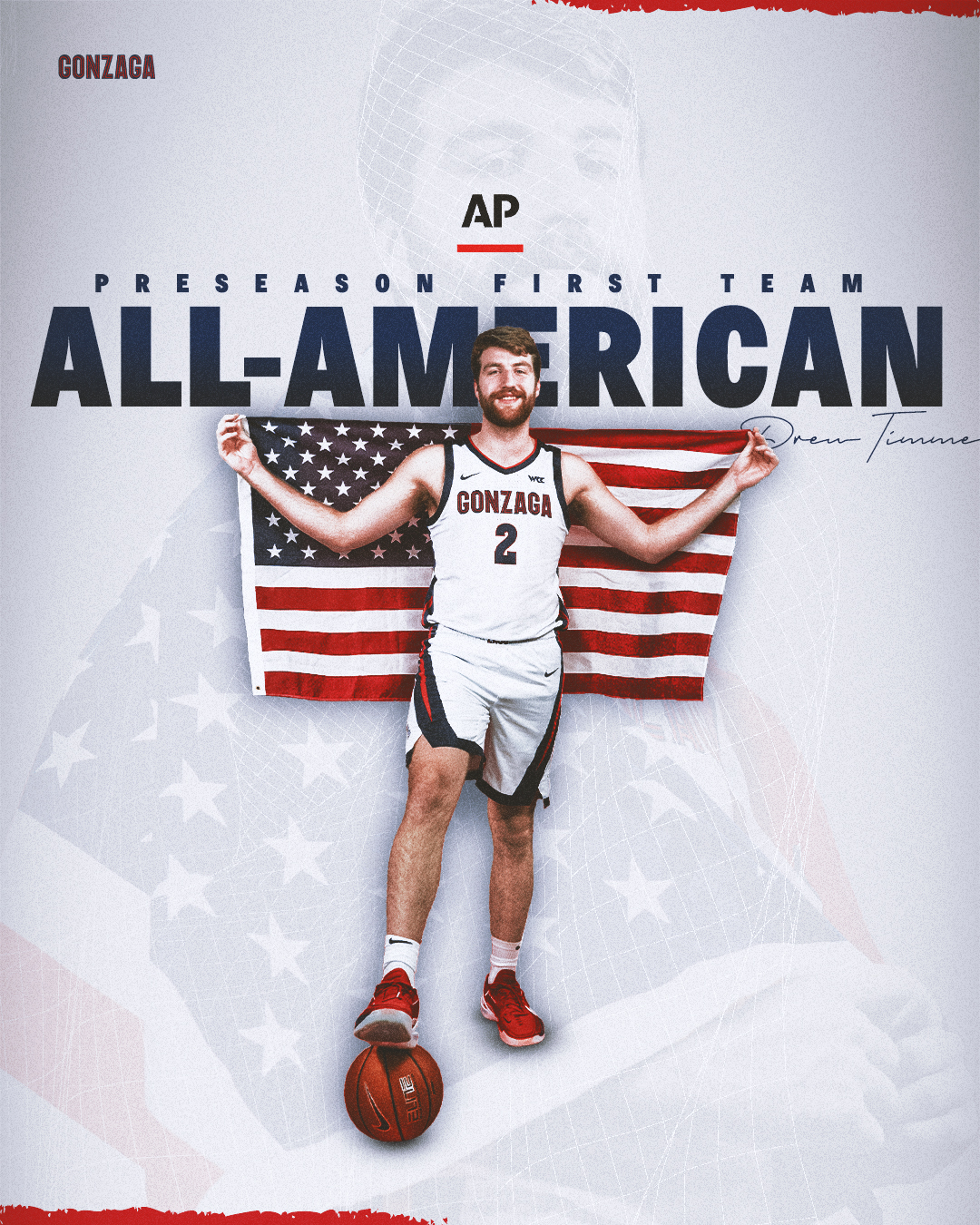 For the first time in program history, Gonzaga was ranked No. 1 in the USA TODAY Coaches’ preseason poll Wednesday. It’s the first time the Zags have led the preseason balloting since USA TODAY started administering the poll in 1991. In the preseason balloting, the Zags, who were also No. 1 in the AP Poll, received 772 poll points and 29 first-place votes to edge out UCLA and Kansas for the top spot. The second-ranked Bruins picked up two firsts and 709 total points, and the Jayhawks got 705 points to open at No. 3. Villanova will open at No. 4, while Texas rounds out the top five. Gonzaga opens in the top-20 of the poll for the ninth straight year. GU appears in the coaches’ preseason poll for the 12th straight season. Last year, Baylor beat out GU by only two points for the No. 1 spot. The Bulldogs and UCLA square off in Las Vegas on Nov. 23. Gonzaga faces Texas in Spokane on Nov. 13. The Zags play Duke in Las Vegas on Nov. 26. The Blue Devils were No. 9 in the rankings. GU and Alabama meet in Seattle on Dec. 4. The Crimson Tide start the season at No. 13. Texas Tech, who is two spots outside of the Top 25 receiving 46 votes, faces the Bulldogs in Phoenix on Dec. 18. Gonzaga hosts Eastern Oregon in an exhibition on Sunday and opens the regular season against Dixie State on Nov. 9. 2021-22 PRESEASON USA TODAY/COACHES POLL Others receiving votes: Michigan St 55; Texas Tech 46; Southern California 38; West Virginia 18; Indiana 13; Virginia Tech 9; Loyola-Chicago 9; Oklahoma State 8; Arizona 8; Creighton 7; Syracuse 6; Colorado St. 5; Drake 4; Richmond 3; Notre Dame 3; Iowa 3; Rutgers 2; Louisiana State 2; Colorado 2; Xavier 1; Nevada 1; Butler 1; Boise St. 1. (Release via Gonzaga) Follow Adam Zagoria on Twitter Follow ZAGSBLOGHoops on Instagram And Like ZAGS on Facebook