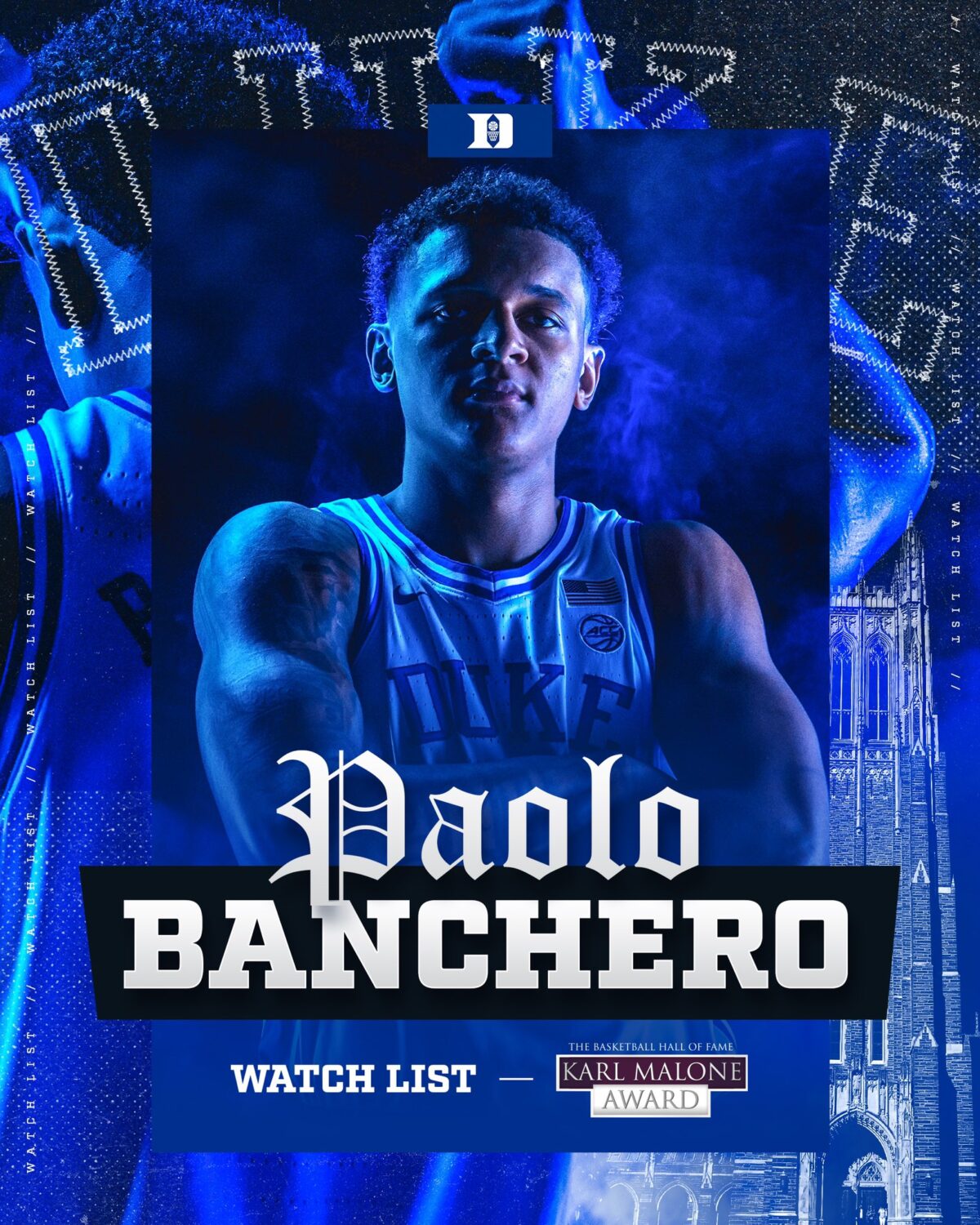 While there will be huge hype surrounding Duke all season because it’s Mike Krzyzewski’s final season on the bench, there will also be a big buzz around the team itself. And Paolo Banchero is a major reason why. The 6-foot-10 freshman from Seattle has drawn early comparisons to everyone from Blake Griffin to Kenyon Martin to Carlos Boozer. On Saturday, Banchero, a projected top-2 NBA Draft pick along with Gonzaga freshman Chet Holmgren, went for 21 points on 8-of-13 shooting and nine rebounds as No. 9 Duke hammered Winston-Salem State 106-38 in an exhibition at Cameron Indoor Stadium. The Blue Devils had six players in double-figures, including Trevor Keels added 12 points and four rebounds. Sophomore Mark Williams poured in 14 on 6-of-7 shooting with five rebounds and five blocked shots. The Blue Devils’ starting backcourt of Keels and sophomore Jeremy Roach, along with forward Wendell Moore Jr., combined for 17 assists and one turnover. “I thought our guys played hard and well and sharp the whole time,” Krzyzewski said. “They shared the ball well, we had 26 assists. We really have four ball-handlers, including Paolo, so that’s why we advance the ball fast. When one of those guys gets it, they don’t need to throw it to somebody to bring it up, they bring it up, and we’re very comfortable.” The Blue Devils opened with an 8-0 run over the first 1:14 of play, with back-to-back three-pointers from Keels and Moore, forcing the Rams to take an early timeout. Duke did not let up from there, as it led 17-2 at the first media time out and built up a 53-point lead with under a minute left in the half. The Blue Devils took a 63-13 advantage into the break with Keels, Roach and Williams all reaching double figures in scoring. Duke had five dunks in the first half, with three from Williams. The Blue Devils also dished out 17 assists while committing just two turnovers in the opening frame. The Rams found a rhythm at the start of the second half, going on an 8-1 run with five straight points from Samage Teel. Teel led Winston-Salem State with 11 points for the afternoon. Duke responded with the next eight points in a two-minute stretch to reclaim momentum the rest of the way. The Rams won the 2019-20 CIAA Tournament Championship, but have not played a regular-season game since that season due to the COVID-19 pandemic. Freshman AJ Griffin, who recently returned from a sprained knee suffered in practice on Oct. 9, poured in 10 points with four rebounds in the second half. With the decision well in hand, juniors Michael Savarino and Keenan Worthington, who each earned a scholarship during the offseason after spending the last two years as walk-ons, checked into the game. Williams went 6-of-7 from the field for 14 points, while Moore added eight points and six assists with no turnovers. Roach recorded a game-high seven assists with 10 points, while Keels netted 12 points with four assists and two boards. “I thought we played great,” Keels said. “We started off strong and finished strong. We had a lot of players come in and give us energy. This team is just crazy – we’re versatile, strong, athletic.” Duke finished with a 21-0 advantage in fast break points and outscored the Rams 48-14 in the paint. The Blue Devils’ bench contributed 41 points, led by 11 from graduate transfer Bates Jones. Duke also was sharp from long distance throughout the game, finishing 11-of-27 (.407) beyond the arc. Banchero and Duke opes the regular season on Tuesday, Nov. 9, when the Blue Devils face Kentucky in the State Farm Champions Classic at Madison Square Garden in what will be Coach K’s final game at the Garden. The game tips at 9:30 p.m. on ESPN. (Release via Duke) Follow Adam Zagoria on Twitter Follow ZAGSBLOGHoops on Instagram And Like ZAGS on Facebook