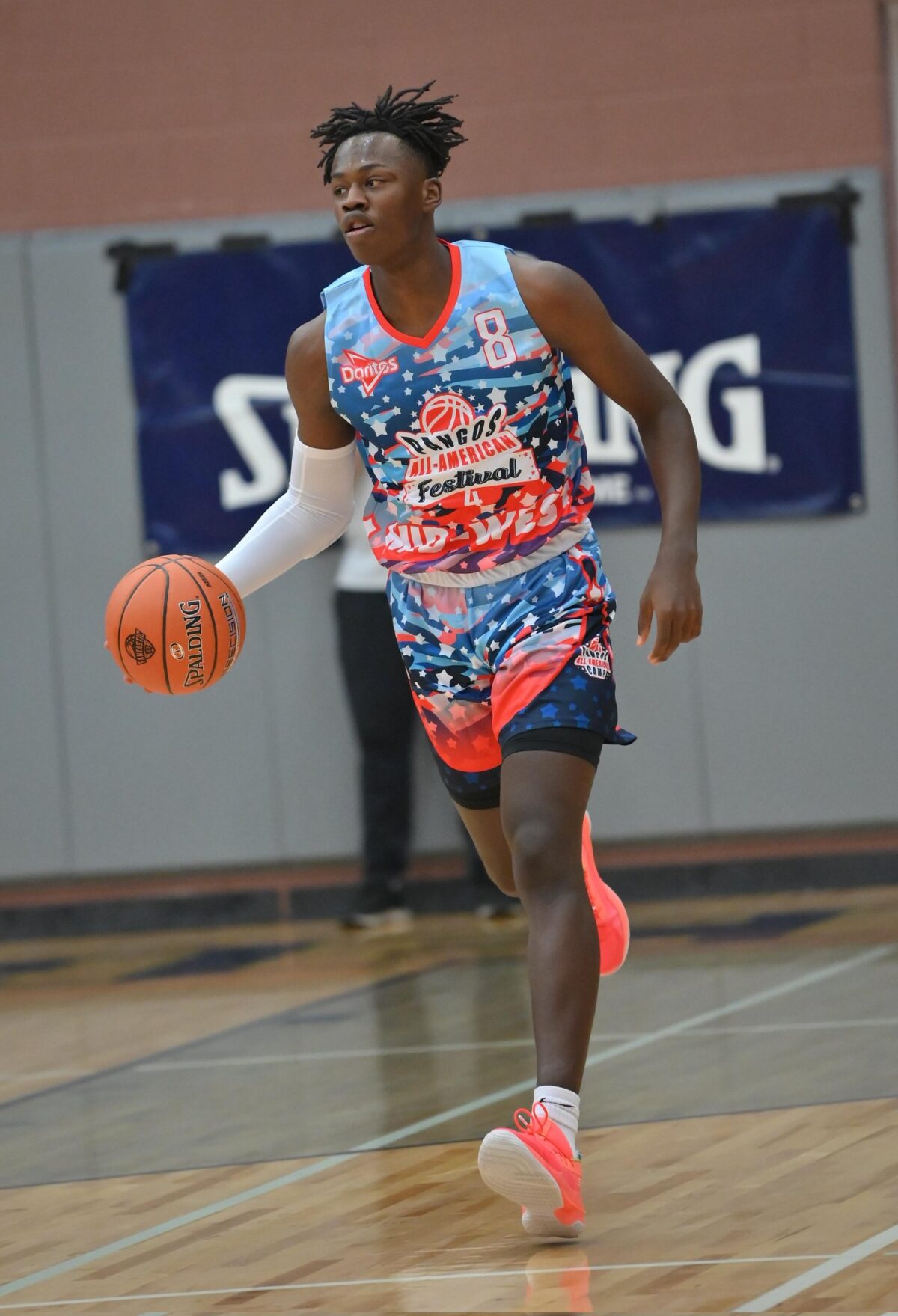 By JACOB POLACHECK Mark Mitchell, the nation’s No. 11-ranked prospect in the class of 2022, will announce his college decision at 4 p.m. on Friday. The 6-foot-8, 205-pound small forward from Sunrise (KS) Christian Academy, is down to UCLA, Missouri and Duke after visiting each school over the summer. Mitchell saw each program with students on campus as teams geared up to start practices. “It’s always a little different when you see them practice and what they implement into their program,” Mitchell said. “I was also just trying to get a feel for the campuses and things like that, see what it’s really like with people there. You’re going to be going there for real, so that’s something you have to see and figure out. “I saw everything over the summer, so I was already pretty familiar with everything. I was just trying to see everything in a different light this time with everybody there. It was good to see all the teams, see them practice and experience the community, campus and school.” Mitchell started things off this time around with an official visit to UCLA from Sept. 19-20. “It was cool just getting to see them workout,” Mitchell said. “Practices hadn’t started yet, so they were just working out. Just seeing how they get better every day, how detailed coach (Mick) Cronin is and his players. They’ve gotten better since they’ve been there, all summer. Peyton Watson was telling me how much better he’s gotten. It was cool to see.” Mitchell then visited Kansas from Oct. 1-2, attending KU’s annual “Late Night in the Phog” event. “I’ve been up there before for Late Night, but it was a little different this time going on an official visit,” he said. “It was great seeing the atmosphere and the Kansas fans, experiencing campus with an event like that happening. It was really cool.” The next weekend, Mitchell traveled to Columbia for an official visit at Missouri. “It was good,” he said. “They had homecoming that weekend. I got to see them practice and see Cuonzo (Martin) live in action. It was great. The coaching staff is like family to me, so it was just great.” For his final official visit, Mitchell made the trip to Durham from Oct. 15-16 for Duke’s annual “Countdown to Craziness”. Mitchell was joined in attendance by 2022 five-star Duke commits Dereck Lively and Dariq Whitehead. “I loved it,” he said. “Duke is everything they say it is. With Cameron Indoor, the Crazies and everything, it’s definitely really cool to see that place rocking like that. It was really cool.” Having taken two official visits to each of his four finalist, Mitchell says he’s still eying a decision in early to mid-December. “I just want to see how things play out to start the season,” he said. “See what I’m getting myself into, see a couple things and factors.” With his official visits out of the way, Mitchell returns to Wichita to join a loaded Sunrise Christian squad looking to compete for a national title. “It’s been great getting to play against like-minded guys that are ready to push,” Mitchell said “It’s a lot different than being the man every day. Obviously, I’m still one of the guys, but sometimes it’s not your day and some other high-level player is coming at you, so there’s no days off. If you’re slacking, you’re going to hear about it. It’s good, having to take the game at a different level, seeing guys like you in front of you every time you have the ball and having to guard guys like you has just been great.” And after missing a majority of the summer with an elbow injury, Mitchell says he’s back to 100 percent and hopes to show off his shooting ability this season. “I’ve definitely been working on that a lot and I think people will just see the versatility on full display on a national level,” he said. “I think a lot of people know about it, but some people don’t know about it to the full extent, given I wasn’t able to play a lot this summer. I think they’ll be reminded of what I do.” (This post was updated on Dec. 9). Follow Jacob Polacheck on Twitter Follow Adam Zagoria on Twitter Follow ZAGSBLOGHoops on Instagram And Like ZAGS on Facebook