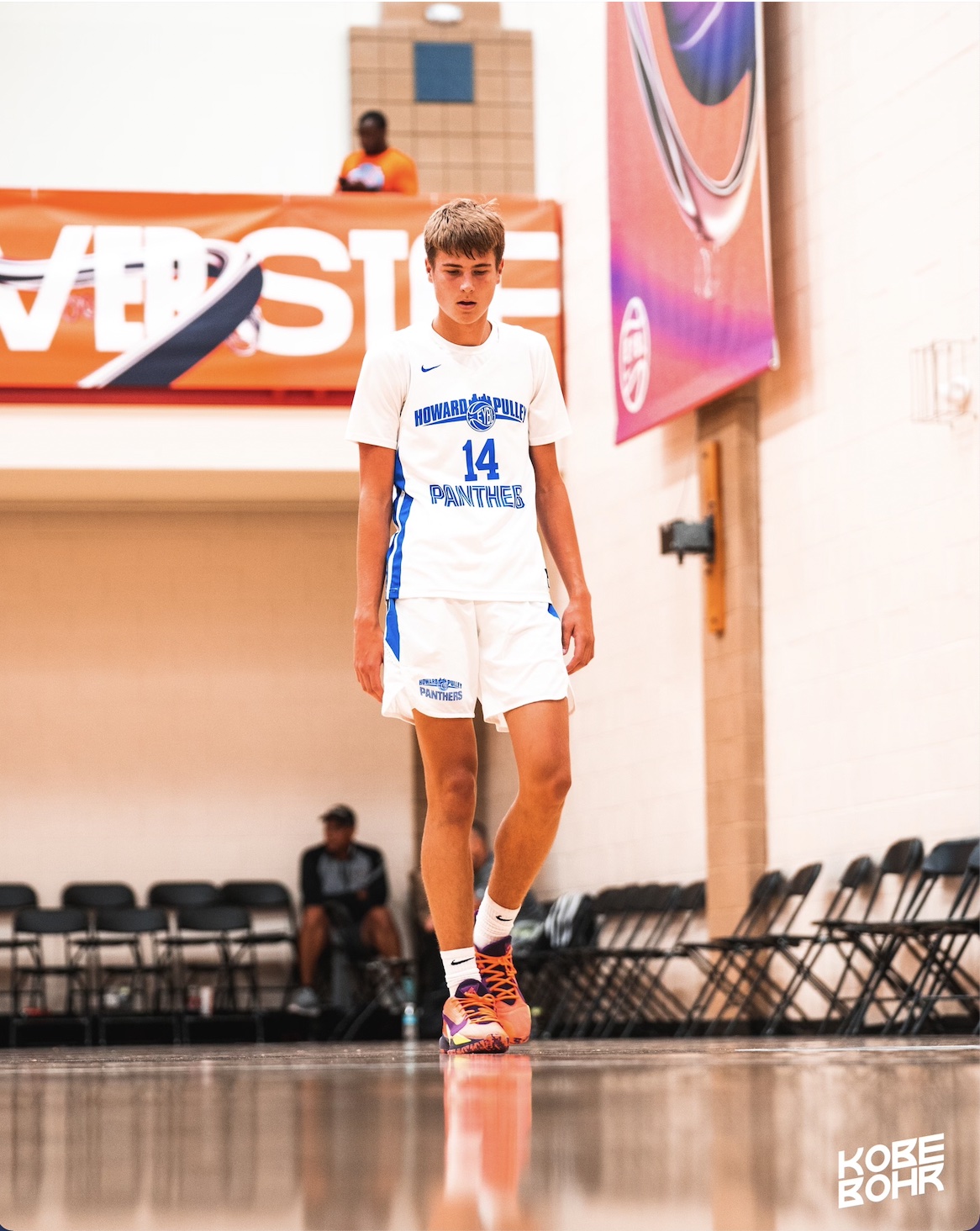 By JACOB POLACHECK Lakeville North (MN) forward forward Nolan Winter is starting to earn the reputation as a national recruit in the class of 2023 with his strong post skills and ability to stretch the floor. “I really feel like in the next year, he’s really, really going to take that next leap and get to a spot where he’s going to be one of the top players in the country,” Lakeville North head coach John Oxton said. “He’s already at a high level, but I believe he’s going to get to another level here in the near future as he gets stronger.” The 6-foot-10, 180-pound power forward kicked of a spree of upcoming visits last weekend, taking an unofficial to Wisconsin on Oct. 16. “The campus is beautiful,” he said. “I had never been there, so it was really cool to see. I got to visit the Kohl Center too and it’s a really cool environment, especially on game day.” Next up for Winter is a trip to Oregon State for his first official visit from Oct. 22-24. “I’m expecting a great campus with a great atmosphere,” he said. “We’re going out there when they play Arizona State, so that will be a good game. I’m just excited to see all the students out there supporting their team. I’m excited to see the campus.” After his Oregon State official, Winter has plans to visit Stanford officially in the coming weeks. “It’s a great school,” he said. “I’ve talked to their coaches and I like them all. I haven’t made it out to their campus yet, but I’ve set up an official for later this year. I’ll be able to see their campus. It’s a really high-level school with great academics.” Winter also holds offers from Minnesota, Saint Thomas and Xavier with interest from Virginia Tech, Iowa, Illinois, Oklahoma State, Notre Dame and Vanderbilt, among others. Growing up in a family of athletes, Winter has been around the game of basketball for as long as he can remember. His mother is a former Division 1 volleyball player, while his father, Trevor, was a standout athlete himself, playing college basketball at the University of Minnesota before a brief stint in the NBA. Nearly 28 years after his father began his college career at Minnesota, Winter received a call from Gophers’ head coach Ben Johnson on June 12, extending him his first Division 1 offer. “He just said they love the way I play, think I would fit in well there and wanted to offer me,” Winter said. “My heart just dropped as soon as he said that. I really did not expect that and I started breaking down. It was a really cool moment for me. I was really excited and just kept thanking him. I thanked the entire coaching staff. It was a really cool moment for me and my family.” Yet, despite the family ties, Winter says his recruitment is far from a done deal. “It’s definitely a great option for me, but I’m 100 percent open to any school out there,” he said. “I’m just looking forward to grinding on my game, keep evolving and hopefully more schools show interest and I can be successful.” And when it comes to that decision, Winter is factoring in a number of important criteria. “I want to go to a school that’s competitive and a school with a great culture and great people around me, so I can have my best chance to succeed on the court and off,” he said. Photo: Kobe Bohr Follow Jacob Polacheck on Twitter Follow Adam Zagoria on Twitter Follow ZAGSBLOGHoops on Instagram And Like ZAGS on Facebook