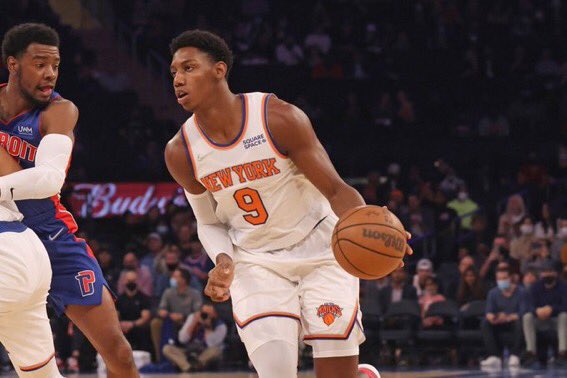 The National Basketball Association (NBA) announced that 109 international players from 39 countries are on opening-night rosters for its landmark 75th Anniversary Season, including a record number of players from Canada (18), Germany (seven) and the Bahamas (three), and a record-tying number of players from Nigeria (five).  The Toronto Raptors lead the league with a record-tying 10 international players from a record nine countries on opening-night rosters. The 2021-22 season tipping off tonight marks the eighth consecutive season that opening-night rosters feature at least 100 international players.  The number of international players in the NBA has grown from five in the league’s first season in 1946-47 to a record 113 at the start of the 2016-17 season. For the eighth consecutive year, Canada is the most-represented country outside of the U.S., followed by Australia, France and Germany (seven players each).  Nigeria, Serbia, Spain and Turkey each have five players.  The Raptors lead the league with 10 international players, followed by the Dallas Mavericks and Oklahoma City Thunder with seven international players each.  The Atlanta Hawks, Boston Celtics, Denver Nuggets and New Orleans Pelicans each have five. A record 35 players on opening-night rosters participated in Basketball Without Borders (BWB) prior to their NBA careers, including Joel Embiid (Philadelphia 76ers; Cameroon; BWB Africa 2011), Deandre Ayton (Phoenix Suns; Bahamas; BWB Global 2016), Rui Hachimura (Washington Wizards; Japan; BWB Global 2016) and Pascal Siakam (Raptors; Cameroon; BWB Africa 2012).  BWB is the NBA and FIBA’s global basketball development and community outreach program that has seen 90 former campers drafted into the NBA or signed as free agents since 2001. In addition to the 109 international players on 2021-22 opening-night rosters, there are a record 12 international players from seven countries on “two-way” contracts, including six players who participated in BWB.  There are also a number of American players with ties to other countries, including more than 30 players with at least one parent from an African country.  Among the American players with ties to other countries are Bam Adebayo (Miami Heat; ties to Nigeria), Jordan Clarkson (Utah Jazz; ties to the Philippines), Matisse Thybulle (76ers; ties to Australia and Haiti), Juan Toscano-Anderson (Golden State Warriors; ties to Mexico), Karl-Anthony Towns (Minnesota Timberwolves; ties to the Dominican Republic) and Kemba Walker (New York Knicks; ties to Antigua). Below are the 18 Canadians on NBA rosters:

Kentucky leads the nation with 27 players on NBA rosters, Duke has 21