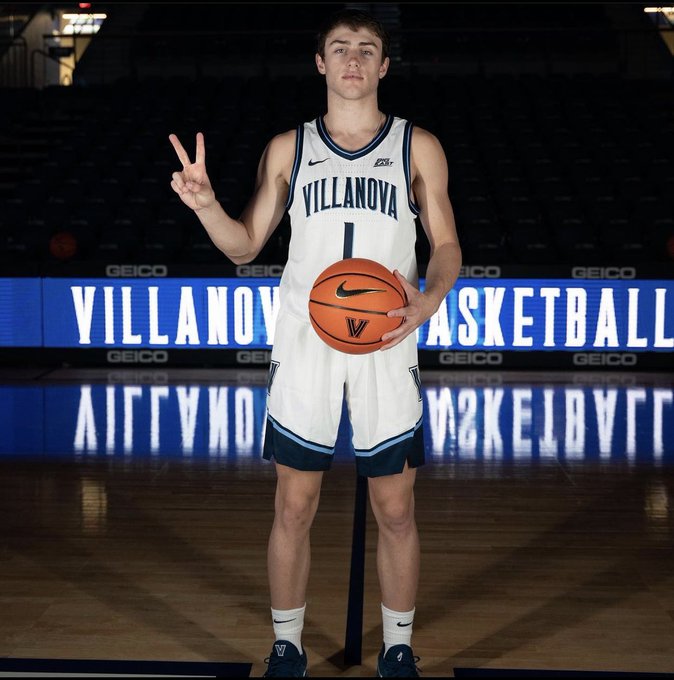 By JACOB POLACHECK Class of 2022 four-star guard Brendan Hausen has committed to Villanova, per his Instagram. The 6-foot-4, 180-pound shooting guard from Amarillo (TX) and the Team Griffin AAU Program, took his official visit to Villanova from Sept. 15-17. “Coach (Jay) Wright really gets those guys to buy in day in and day out. Just the team atmosphere that they have there and their willingness to be selfless and really just do it for each other,” Hausen said in August. “That really sticks out to me. And just the coaches, they seem like they’re all one there, no one seems like they’re better than anyone else.” Hausen chose Villanova over Oregon, Oklahoma, Arizona State, Texas Tech and Nevada. Ranked by 247Sports.com as the No. 11 shooting guard and No. 95 overall prospect in the nation, Hausen joins four-star guard Mark Armstrong as the second commit in the Wildcats’ 2022 recruiting class. “I’m a high-volume shooter, but I’m a very underrated passer and I like to get my teammates involved,” Hausen said. “I have a high-IQ. I’m not the fastest, the strongest or the biggest, but what I lack there, I make up for with my IQ and my skill.” Follow Jacob Polacheck on Twitter Follow Adam Zagoria on Twitter Follow ZAGSBLOGHoops on Instagram And Like ZAGS on Facebook