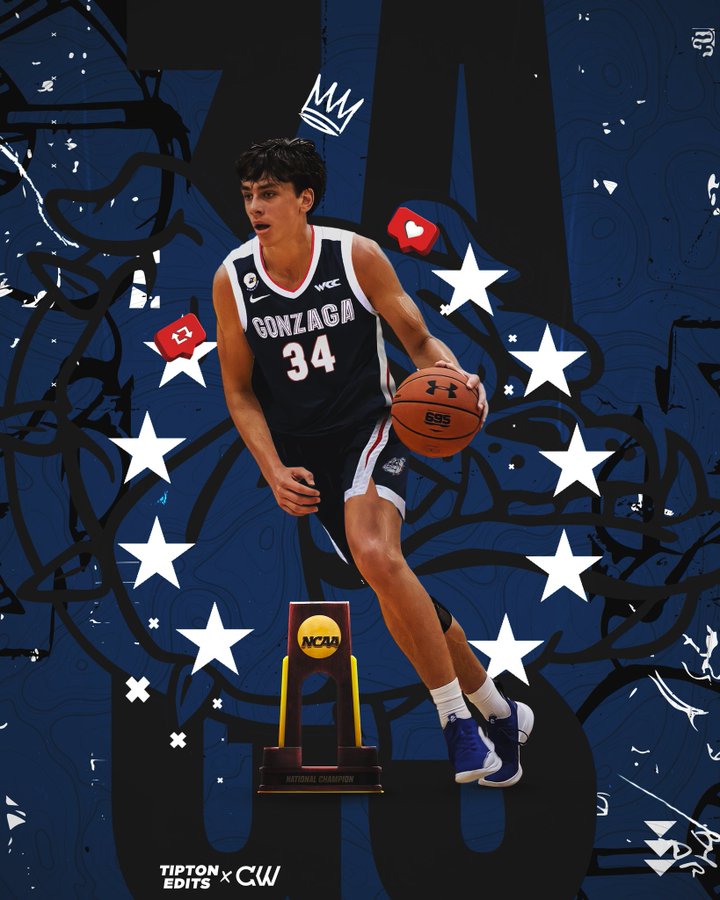 By ADAM ZAGORIA Braden Huff, the 6-foot-9 power forward from Glenbard West (IL) and the Illinois Wolves, committed to Gonzaga on Monday. He chose the Zags over Virginia Tech following a visit this past weekend. “The deciding factors were play style, fit with the players and coaches and how they have a great track record of developing their big men,” Huff said by text. “I think I’ll fit in well. I really think the coaching staff has a plan for me and they really like utilizing skilled bigs, which I think is perfect for my play style.” He took his official visit to Gonzaga from September 24-26. “I would just say getting to meet the players and seeing the family atmosphere at Gonzaga (stood out),” he said. “I really felt like it was a great group of guys who all have similar goals and it seemed like a great group to be a part of.” Huff averaged 17.5 points, 6.5 rebounds and 2.8 assists last season and will slot in in the frontcourt after Drew Timme and Chet Holmgren presumably leave. “Watching guys like Drew Timme and Chet and seeing them bring the ball up and do the things they did with the ball, that’s what I have to offer with my game,” he said. “They give the players the freedom to do that and that really caught my eye.” Gonzaga reached the NCAA championship game last season, losing its only game of the season to Baylor in the title game. The Zags are the preseason No. 1 entering the 2021-22 season. “Now that it’s off my chest,” Huff told the Sun Times, “I am ready to focus on the high school season and lock in with my teammates and reach some of those goals that we have set for ourselves.” Follow Adam Zagoria on Twitter Follow ZAGSBLOGHoops on Instagram And Like ZAGS on Facebook