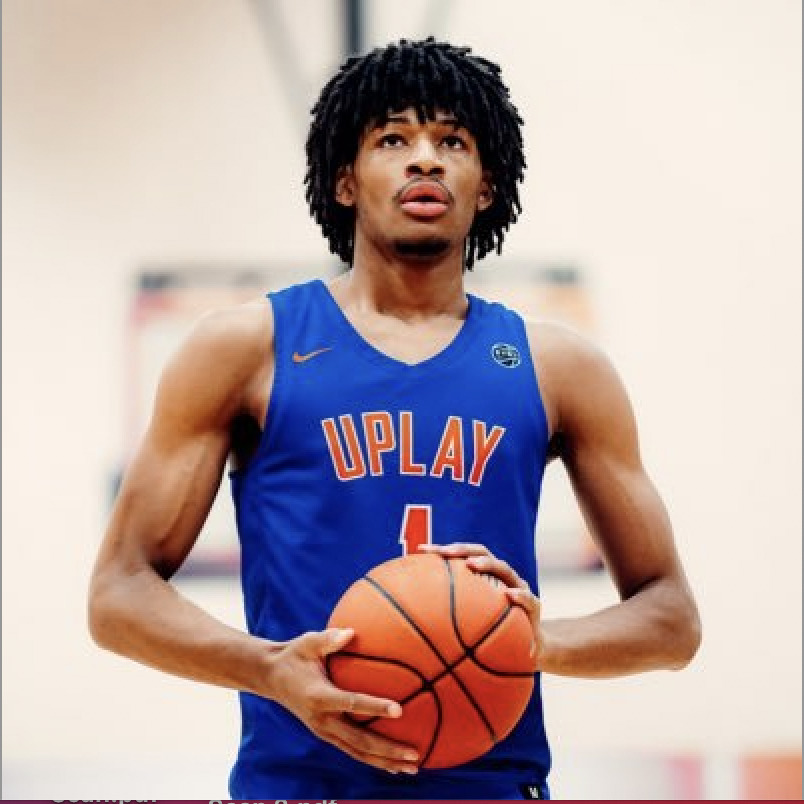 By ADAM ZAGORIA Shaedon Sharpe, the No. 6 overall prospect in the class of 2022, has set a commitment date. The 6-foot-4, 175-pound shooting guard from Dream City (AZ) Christian will announce next Tuesday, Sept. 7. He visited Arizona this past weekend and then tripped to Kentucky. After that he will have a Zoom call with G League officials on Thursday, UPLAY Canada coach Dwayne Washington tells ZAGSBLOG. The G League Ignite has signed Jaden Hardy, Mike Foster, Dyson Daniels, Scoot Henderson and MarJon Beauchamp, who committed last week. Last year’s Ignite team featured eventual NBA lottery picks Jalen Green and Jonathan Kuminga. The Ignite has been paying six-figure salaries to many of its top signees, but college players can now earn income through NIL opportunities. Sharpe had been down to a final five of Kentucky, Arizona, Kansas, Oklahoma State and the Ignite, but Kansas is no longer in the mix. “It’s about really just taking my game to the next level,” Sharpe said recently. “Can they help me develop into the player I’m trying to become? I’m just trying to get better every game, every tournament.” “Shaedon is a new up-and-coming riser,” Washington said. “He just wants to take his time and understand the landscape. College basketball has changed. When he’s telling you all that, he’s saying there’s so much information being brought and it’s just an evaluation process.” This post was updated at 12:48 p.m. on Sept. 1. Follow Adam Zagoria on Twitter Follow ZAGSBLOGHoops on Instagram And Like ZAGS on Facebook