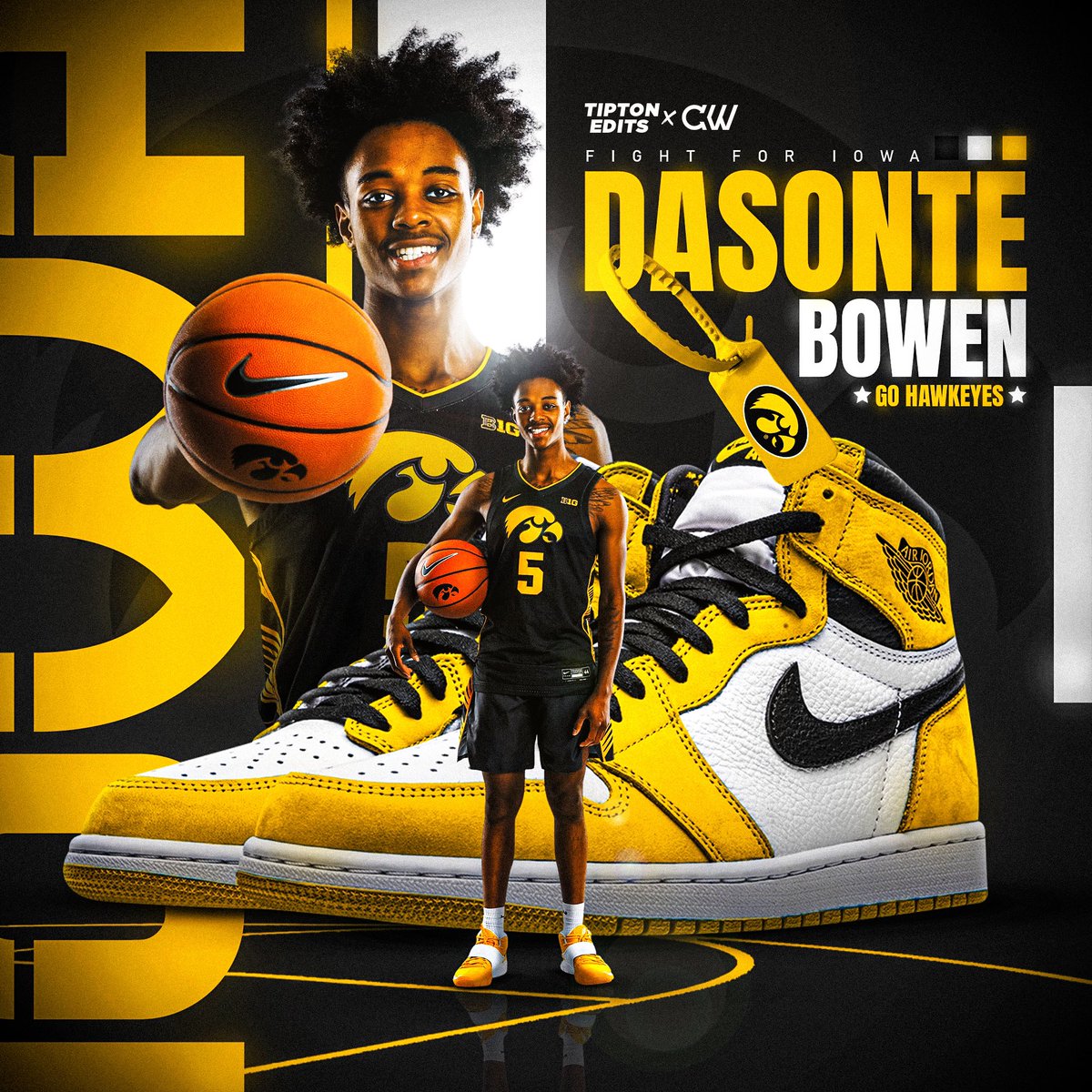 By JACOB POLACHECK Class of 2022 four-star point guard Dasonte Bowen has committed to Iowa, he announced Wednesday via Twitter. “It felt like home while I was there,” Bowen told ZAGSBLOG Wednesday. “I’ll be able to showcase my game at the highest level, while learning from coach [Fran] McCaffery.” Bowen took an official visit to Iowa earlier this month (June 3-5). “They stayed true and showed loyalty throughout it all,” Bowen said. “Coach McCaffery is putting me into a situation I can thrive in and it was great being around the guys.” Bowen, the 6-foot-3, 165-pound point guard from Brewster (NH) Academy, chose Iowa over Rutgers, Maryland and Northwestern, among others. “I bring in a scoring playmaking guard who can defend also,” he said. Ranked by 247Sports.com as the No. 17 point guard and No. 82 overall prospect in the nation, Bowen is the first commit in the Hawkeyes’ 2022 recruiting class. “It would be great if we could bring in Kyle Filipowski as well,” Bowen said. Filipowski, a 6-foot-11, 230-pound forward from Wilbraham & Monson (MA) Academy, is set to take an official visit to Iowa later this month (June 17-18). This story has been updated. Follow Jacob Polacheck on Twitter Follow Adam Zagoria on Twitter Follow ZAGSBLOGHoops on Instagram And Like ZAGS on Facebook

Top-30 junior AJ Casey on Ohio State official visit: 'I loved everything about it'