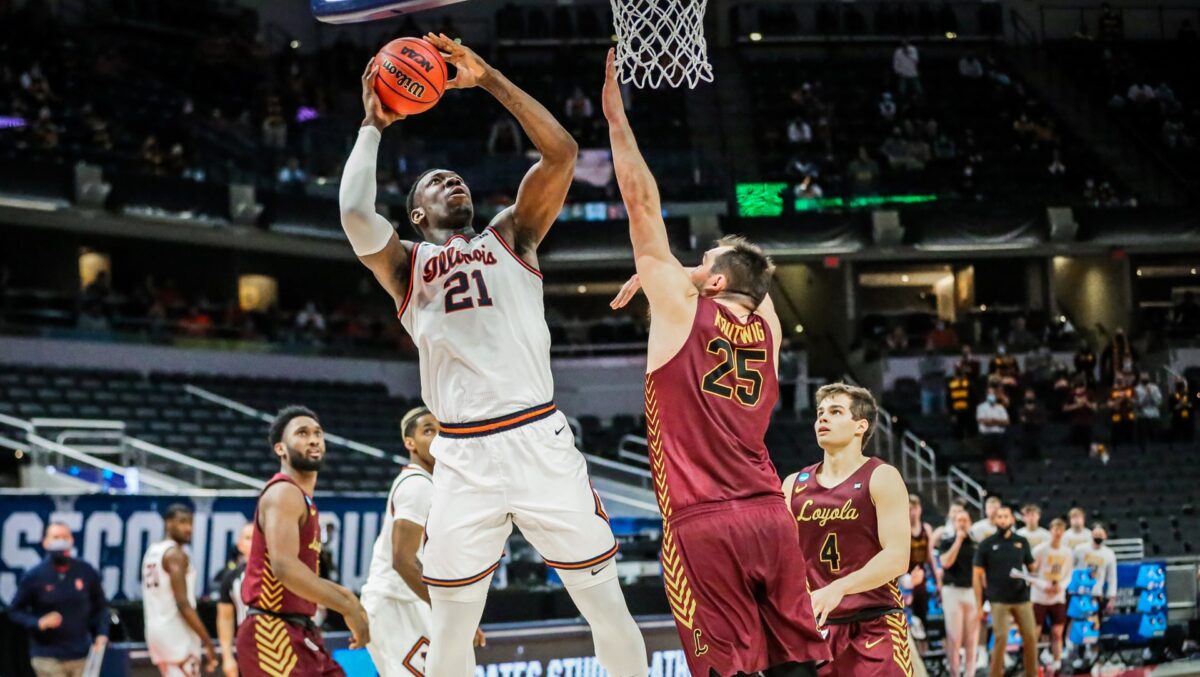 By ADAM ZAGORIA Illinois sophomore center Kofi Cockburn will remain in the NBA Draft, sources said. “Basketball took me places that I wouldn’t dare dream of as a boy, it taught me lessons in life,” Cockburn said in April when he announced he was testing the waters. “The NBA has been a life long dream of mine and I am ready to go to the next level and see what’s in store for me. This journey is really special to me and I appreciate everyone who played a part in getting me here. 21 out.” Cockburn, a 7-foot, 285-pound center out of Kingston, Jamaica, was named a consensus Second Team All-American during the 2020-21 season after averaging 17.7 points, 9.5 rebounds and 1.3 blocks per game. He joined Ayo Dosunmu as the second Illinois player to declare for the NBA Draft this offseason. Per NCAA rules, student-athletes can participate in the NBA draft process if withdrawn by Monday, July 19. Photo: Illinois Athletics Follow Adam Zagoria on Twitter Follow ZAGSBLOGHoops on Instagram And Like ZAGS on Facebook