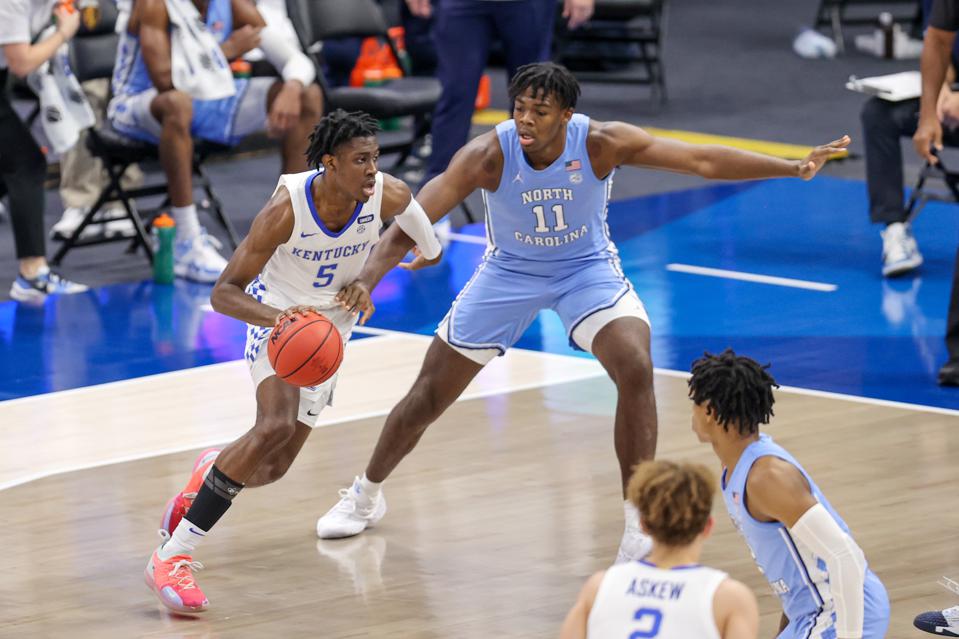 From college to the NBA, the basketball world is mourning the tragic death of ex-Kentucky guard Terrence Clarke, who died Thursday after n a car accident in Los Angeles. The 6-foot-7 Clarke, a Boston native who appeared to always have a smile on his face, was 19. B.J. Boston, Clarke’s friend and former Kentucky teammate, was reportedly in the car behind Clarke’s, but emerged OK from the crash in which Clarke reportedly ran a red light at a high rate of speed, hit another car and then a street light poll and finally a block wall. “We are all in shock,” Kentucky coach John Calipari, who coached Clarke during his one-and-done season in 2020-21, said in a statement. “I am on my way to Los Angeles to be with his mother and his brother to help wherever I can. This will be a difficult period for all those who know and love Terrence, and I would ask that everyone take a moment tonight to say a prayer for Terrence and his family. May he rest in peace.” Click here for the full piece on Forbes SportsMoney. Photo: Getty Sports Follow Adam Zagoria on Twitter Follow ZAGSBLOGHoops on Instagram And Like ZAGS on Facebook