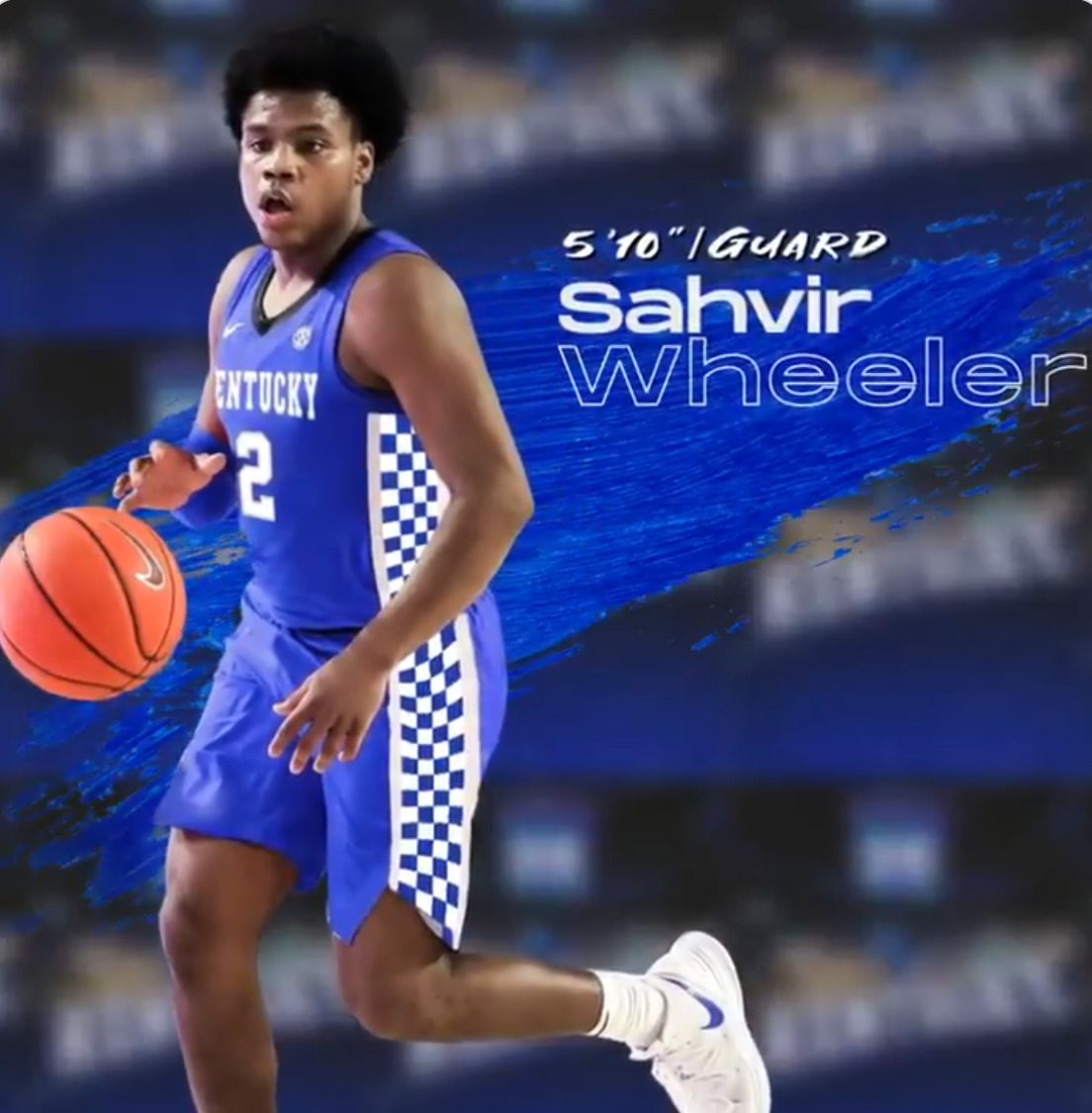 By ADAM ZAGORIA Sahvir Wheeler is staying in the Southeastern Conference. The 5-foot-10 Georgia transfer chose Kentucky, over Kansas, LSU and Oklahoma State on Monday, he told ZAGSBLOG ahead of his public announcement. “I’m going to the University of Kentucky,” he said. After having no point guards on the roster until last week, Kentucky has now added two in four days following the addition of Class of 2021 floor general TyTy Washington on Friday. Originally from Harlem, N.Y., Wheeler averaged 14.0 points, 7.4 assists and 3.8 rebounds as a sophomore at Georgia, when he was named second-team All-SEC. “I bring experience and leadership,” he said. “I bring high-level play-making to make my teammates’ job easier and help us win games. I am an extension of the coaching staff. I bring toughness and a win-at-costs mentality.” Wheeler joins transfers CJ Fredrick (Iowa), forward Oscar Tshiebwe, (West Virginia), and former Davidson guard Kellan Grady, a graduate transfer who announced his decision in late March. The Wildcats are also bringing in a recruiting class of Washington, power forward Bryce Hopkins and big man Daimion Collins. Wheeler told Stadium’s Jeff Goodman he believes Kentucky has a roster capable of competing for a national championship. “That’s a point guard’s dream to be able to play with guys of that talent, guys who are athletic and play under a prestigious and amazing coaching staff which Coach Cal has under those guys over there,” he told Stadium. Wheeler previously told ZAGSBLOG he believed he and Washington could play together, and now they will. “The biggest thing is that people kind of forget is that Coach Cal [has often] had a two-guard offense,” he said. “He had John Wall and Eric Bledsoe, Derrick Rose and Chris Douglas-Roberts, he had Jamal Murray, who plays point guard in the NBA, with Tyler Ulis. He had [De’Aaron] Fox and Malik Monk, he had Isaiah Briscoe with Tyler Ulis and Jamal Murray as well. He had Shai [Gilgeous-Alexander] and Quade [Green]. These are guys that are all point guards and who had success there. “Even two years ago with [Tyese] Maxey, [Immnauel] Quickley and [Ashton] Hagans, so Cal’s always been straight up with me as far as who he’s recruiting and where I fit. Ultimately he wants to get back to winning.” He added: “We have experience, we have size, we have toughness, we have athleticism and it’s going to be super-fun this y ear to be able to play under Coach Cal and get to campus and be able to meet all those guys.” After a 9-16 season in which the Wildcats failed to make the NCAA Tournament, Wheeler believes Calipari is “super-motivated” to get back on the winning track. “He expressed from the first Zoom call, from the first text message, how hungry he is to win,” Wheeler told Stadium. “And this is the time to do it. University of Kentucky, it’s excellence, it’s greatness. That is the standard there. The standard isn’t let’s hope to make the NCAA Tournament. The standard is Elite Eight, Final Four, national championship, and I’m OK with that. I’ve always performed under the bright lights my whole life and that’s a challenge that I’m willing to accept and that’s a challenge that I’m willing to get to campus and work on right away and I feel like the roster there is also looking for all those same things.” Said Calipari: “He is what you look for in a point guard in that he puts his teammates in positions to score, yet he can score the ball in bunches when he needs to. He was a second-team all-conference player as a sophomore and almost routinely put up games with double-digit assists, including setting the SEC Tournament record this last season with 13. I am excited for him to be a part of this program and my guess is our players will be too.” Said Rhossi Carron, Wheeler’s former AAU coach with Basketball University: “Sahvir Wheeler is a high-level basketball player and an even better young man. His unique combination of elite speed, play-making, competitive spirit and leadership make him one of the best and most exciting point guards in college basketball. I’m looking forward to seeing him continue to learn and grow as a player and ultimately help his team compete for a national championship.” (This post was updated May 17.) Follow Adam Zagoria on Twitter Follow ZAGSBLOGHoops on Instagram And Like ZAGS on Facebook