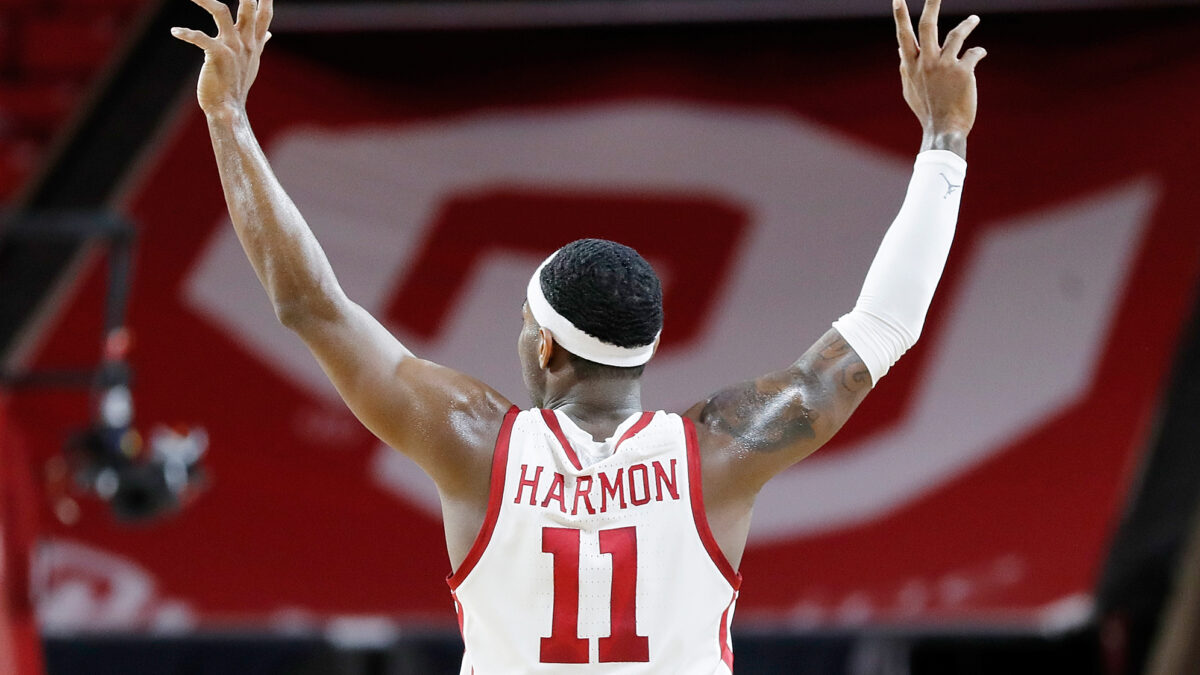 By ADAM ZAGORIA Oklahoma transfer De’Vion Harmon is hearing from a slew of high-major suitors after entering the NCAA Transfer Portal. Harmon told ZAGSBLOG he’s heard from Kentucky, Indiana, Oregon, Texas, Gonzaga, Oklahoma State and Maryland and is expecting to have Zooms with Oklahoma, Texas and Oregon and a call with Kentucky’s John Calipari. Harmon was Oklahoma’s No. 2 scorer this past season with 12.9 points per game. The 6-foot-2 sophomore missed the Sooners’ two NCAA tournament games after testing positive for COVID-19. He started 22 of his 31 games as a freshman the previous year and averaged 7.4 points per contest. Oklahoma guard Alondes Williams is also transferring. He started 14 games this past season as a senior and averaged 6.7 points and 2.8 rebounds. He started 10 games as a junior. Austin Reaves, Oklahoma’s all-Big 12 first-team guard and top scorer last season, has announced his intention to enter the NBA draft pool. Brady Manek has entered the transfer portal as a graduate, forward Victor Iwuakor is leaving the Sooners to play for UNLV, guard Trey Phipps is headed to Oral Roberts and backup center Kur Kuath has announced his intentions to go pro. Oklahoma on Wednesday added guard Alston Mason of Blue Valley Northwest High School in Overland Park, Kan. Rivals and 247Sports list him as a three-star recruit. As a senior, he averaged 22.4 points, 4.7 assists and 2.0 steals while shooting 44% from 3-point range. He joins guards Bijan Cortes and CJ Noland in new coach Porter Moser’s incoming freshman class. (The AP contributed reporting) Follow Adam Zagoria on Twitter Follow ZAGSBLOGHoops on Instagram And Like ZAGS on Facebook