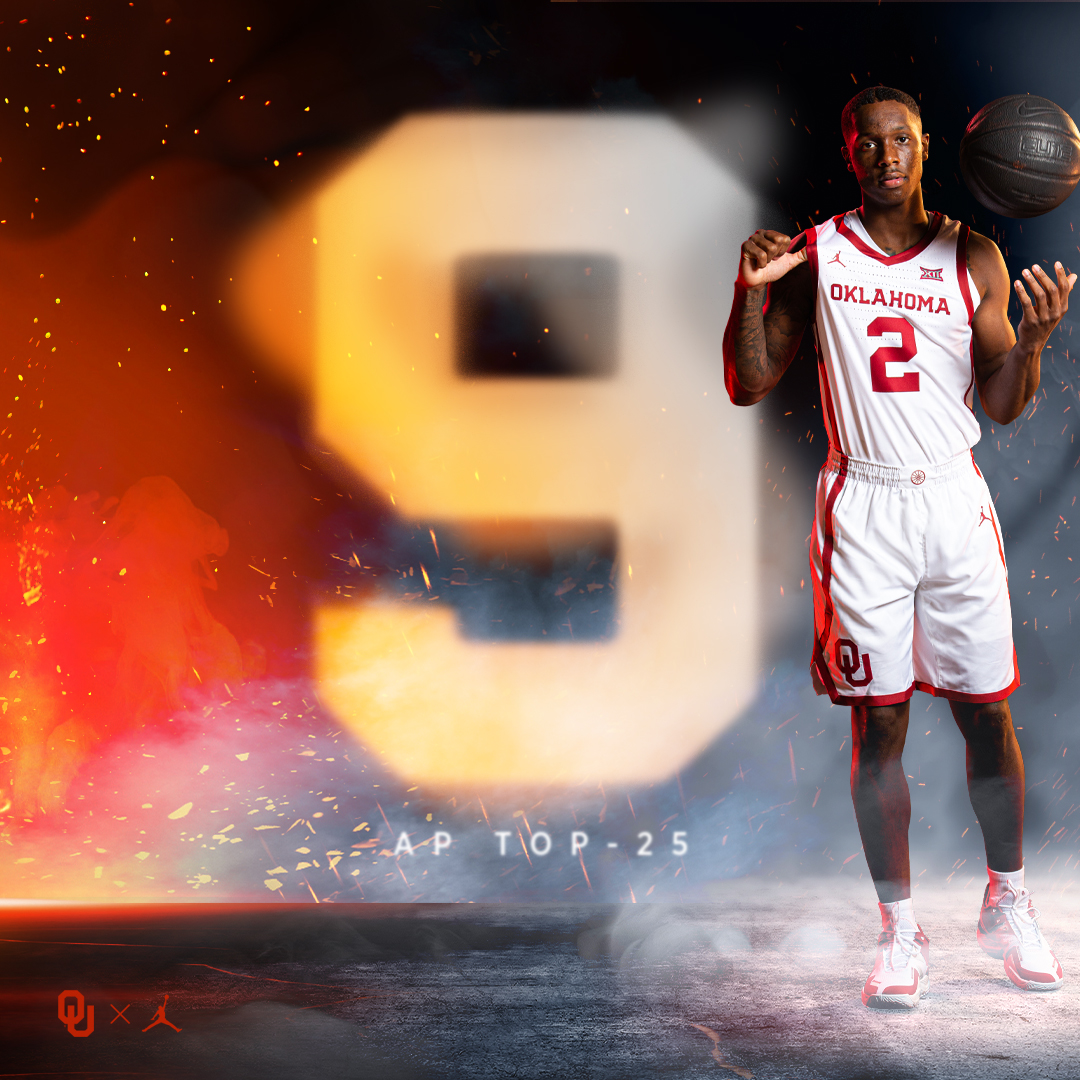 After taking down three straight top-10 teams and stretching its winning streak to five games, Oklahoma surged into the Top 10 at No. 9 in the AP Poll on Monday after being ranked at No. 24 last week. The Sooners are in the Top 10 of the poll for the first time since 2018. The Sooners’ rise comes after a historic victory on Saturday when then-No. 24 Oklahoma topped No. 9 Alabama in Norman. With the win, Oklahoma became the first team since 1974 to win four games against top-10 teams in one calendar month. Three of those top-10 wins have come in consecutive games, defeating No. 9 Kansas, No. 5 Texas and No. 9 Alabama in the span of eight days. The Sooners join Iowa (1987) and Michigan (2014) as the only teams in college basketball history to beat three top-10 opponents in back-to-back-to-back games. In their 10th season under head coach Lon Kruger, the Sooners were picked to finish sixth in the Big 12 Preseason Poll and did not crack the AP Top-25 until last week (Jan. 25). Kruger’s squad is playing well beyond external expectations, utilizing a four-guard lineup over the past month that has sparked a mentality of hustle and hard work on both ends of the floor. Playing a large roll in Oklahoma’s recent success is sophomore guard De’Vion Harmon – crowned co-Big 12 Player of the Week alongside Davion Mitchell of Baylor. This past week, Harmon averaged 15.5 points, 5.0 rebounds, 2.5 assists and 1.5 steals while shooting over 50% from the field to lead Oklahoma to wins over two top-10 teams. Harmon stepped up on Saturday after the Sooners learned they would be without starting point guard and leading scorer Austin Reaves. Harmon assumed the point guard position in Reaves’ absence and totaled 18 points, four assists, four rebounds and two steals in 38 minutes against the Crimson Tide. The Sooners have yet another resume-building opportunity ahead of them tonight when they face No. 13 Texas Tech on ESPN’s Big Monday. The top-15 matchup tips at 8 p.m. CT on ESPN.