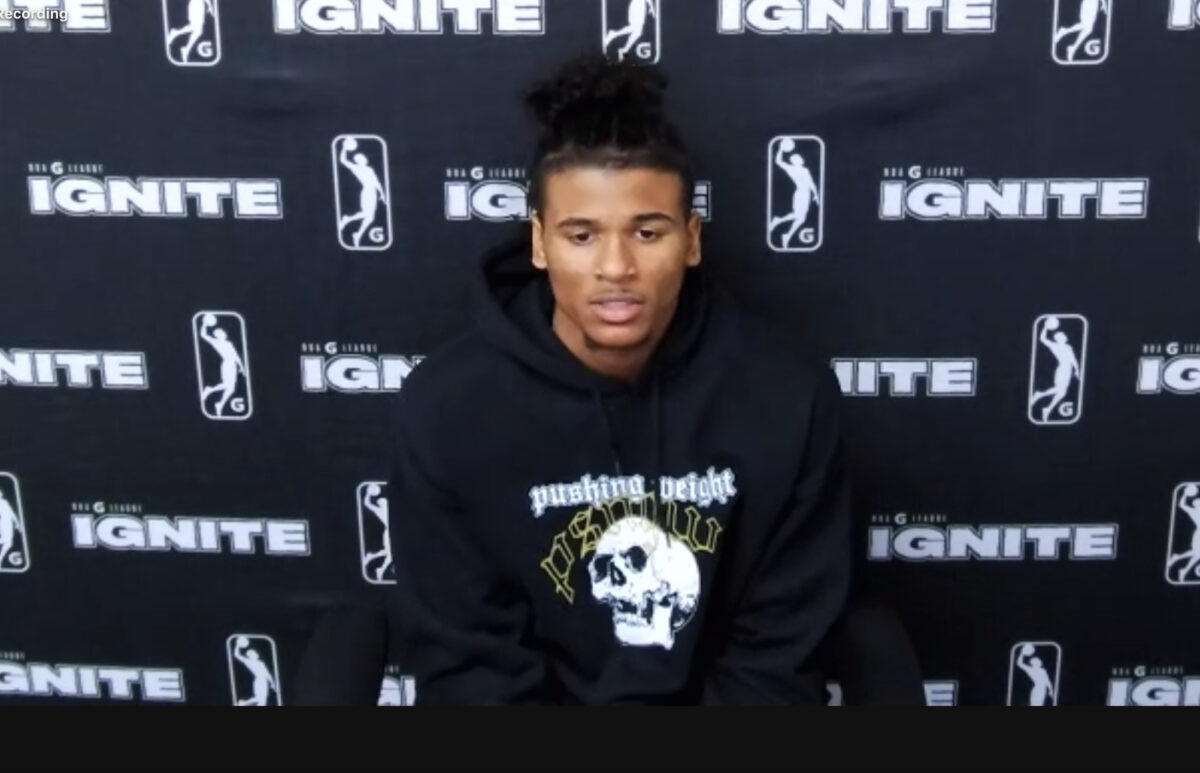 By ADAM ZAGORIA Jalen Green has a message for Jaden Hardy and any other high school stars considering the NBA G League path in the future: If you want to become a pro, this is one option to strongly consider. “Yeah, a couple of guys hit me up at the beginning of the process , but if they ever ask me I just tell them it’s a great experience,” the 6-foot-6 Green said this week on a Zoom call when I asked his message to younger players like Hardy considering the G League route. “If you want to learn how to become a pro and you’re ultimate goal is to get to the league, then I think this would be the best choice for you, especially if you want to learn more and just get the knowledge of the game.” Several top prospects in the Class of 2021 have been linked to the NBA G League route, including the 6-foot-4 Hardy out of Coronado (NV) High School who announced he won’t play high school basketball for the remainder of this season due to the uncertainties of the pandemic. The explosive scoring guard is projected as the No. 9 pick in the 2022 NBA Draft, per ESPN.com. “I just want to see how it is and how this first year goes for all the top players that chose that route like Jalen Green and Daishen Nix,” Hardy told Krysten Peek of Rivals.com in September. “I’ll be asking them about how they like the team and the coaching staff and just get their feedback on the whole process before going to the NBA. I don’t know a lot about it, but it’s something that I’m definitely going to look into and keep an eye on.” Hardy also lists 12 schools in his recruitment: Arizona, Arizona State, Georgia, UCLA, Texas Tech, Georgetown, Oregon, Michigan, Memphis, Kansas, and Illinois. Projected No. 1 overall pick Chet Holmgren out of Minnehaha (MN) Academy has also been linked to the G League, although the 7-1 mobile big man has said his plan is to go to college. Holmgren announced in June he was down to a top seven of Minnesota, Gonzaga, Memphis, North Carolina, Georgetown, Michigan and Ohio State. For players who do go the G League Ignite route in the 2021-22 season, it figures to be a much difference experience than it has been for Green, Nix, Jonathan Kuminga, Isaiah Todd and the current team. Due to the pandemic, those players have been cooped up in a bubble in Walnut Creek, Calif. since August and have yet to play a single organized game as February begins. They did play several scrimmages against NBA G League veterans in December. Now Green and Kuminga, both projected Top 10 picks in this year’s NBA Draft, will lead the Ignite into the G League bubble beginning next month at Walt Disney World near Orlando. The Ignite will makes its debut against NBA veteran Jeremy Lin and the Santa Cruz Warriors on Feb. 10 at 11 a.m. ET on ESPN2. The 6-8 Kuminga has draw comparisons to Paul George and Jaylen Brown, while the 6-6 Green said, “I’ve been watching a lot of Kobe [Bryant] to see how he approaches the game.” It was initially reported that Green’s salary was $500,000 but a source said it’s closer to $250,000 plus health benefits, housing, food, disability insurance and the value of a college scholarship at Arizona State, where players have the option of taking classes after their pro career is done. All eyes in the basketball world will be on Green and Kuminga in the bubble, and they can’t wait to finally play real games. “The expectations in the bubble are just to go kill,” Green said. “I feel like we’ve been all locked in a cage for so long, just getting better each day and we finally get to go showcase what we learned and how much we got better so it’s going to be a great opportunity.” He said he’s been watching his classmates and fellow projected first-round picks like Cade Cunningham, Sharife Cooper, Jalen Suggs and Evan Mobley on TV, and can’t wait to show what he and his teammates can do. “I watch college basketball a lot,” Green said. “I’ve been watching Sharife, Cade, everybody. They’re my bros. I’m real happy for them and what they’re doing. I’m really excited to get on the court. I call all my family and tell them, talk about it all day, just like can’t wait. It’s really about to happen, we’re about to go and it’s finally coming true. “We’ve been hidden for so long and just learning and working on our game and just learning how to become a pro and we’re finally putting that all together.” Follow Adam Zagoria on Twitter Follow ZAGSBLOGHoops on Instagram And Like ZAGS on Facebook