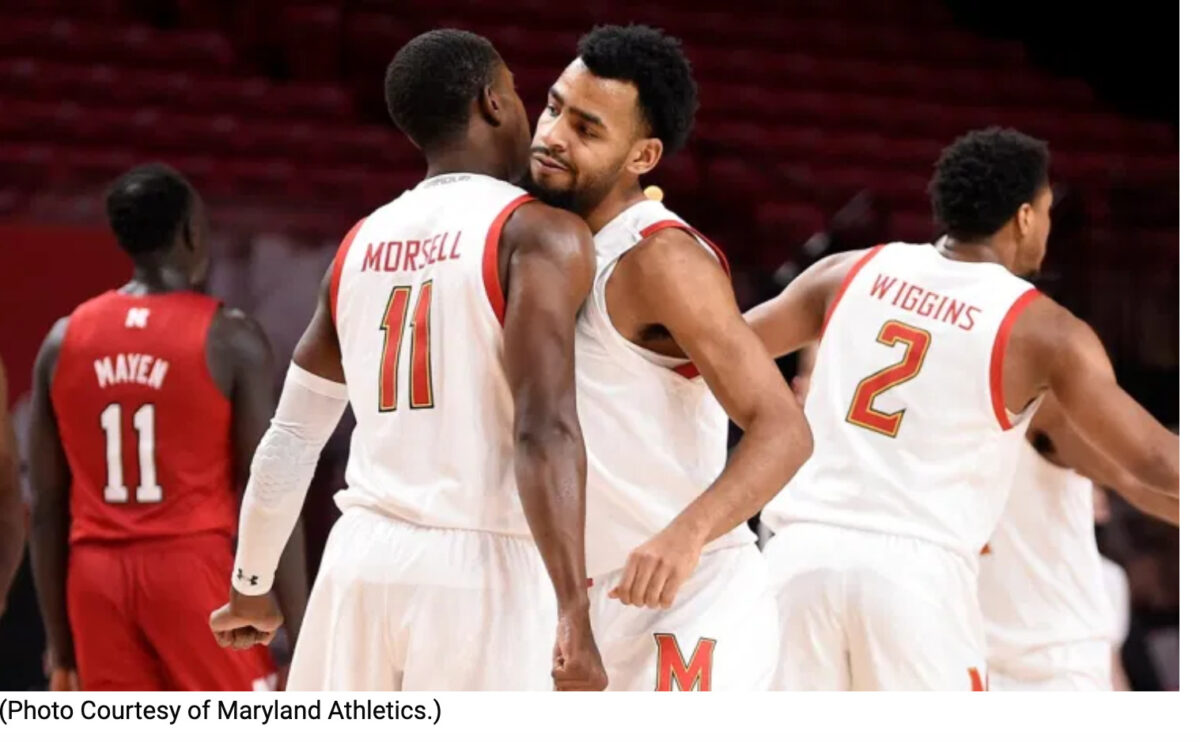 Maryland juniors Eric Ayala and Aaron Wiggins announced Friday they will both declare for the NBA Draft while maintaining their collegiate eligibility.  “Eric and Aaron are making smart decisions to get feedback from NBA organizations that will lead to informed choices for their futures,” said head coach Mark Turgeon. “They are both incredible representatives of the University of Maryland and we will support them throughout the entire process.” A 2021 Honorable Mention All-Big Ten selection, Ayala led the Terrapins averaging 15.1 points on the season. The Wilmington, Del., native has appeared in 94 career games (81 starts) over the last three seasons, averaging 10.6 points for his career. “First I want to thank God, my family and the University of Maryland for allowing me to have this opportunity,” Ayala said. “With that being said, I will be declaring for the 2021 NBA Draft. During this process, I will be maintaining my college eligibility and taking it one day at a time to make the best decision for me and my family. It has always been a dream of mine to play in the NBA and I am prepared for the work that lies ahead.” A 2021 Honorable Mention All-Big Ten selection and the 2020 Big Ten Sixth Man of the Year, Wiggins averaged 14.5 points, 5.8 rebounds and 2.5 assists for the Terrapins this season. The Greensboro, N.C., native has appeared in 96 career games (50 starts), and reached the 1,000-point plateau in his junior season. “My past three years at Maryland has provided some of the most memorable years of my life,” Wiggins said. “I appreciate my family, coaches, teammates, friends and followers for all of their support and encouragement over the past three years at the University of Maryland. Time brings about change, God opens doors, and I have grown in in faith to move forward, transition, and trust the process. With that being said, I welcome the challenge to proceed and test the waters in the NBA draft process while keeping my eligibility at the University of Maryland.” The deadline for an early entry player to withdraw from the NBA Draft is July 19 at 5 pm EST. (Release via Maryland) Follow Adam Zagoria on Twitter Follow ZAGSBLOGHoops on Instagram And Like ZAGS on Facebook