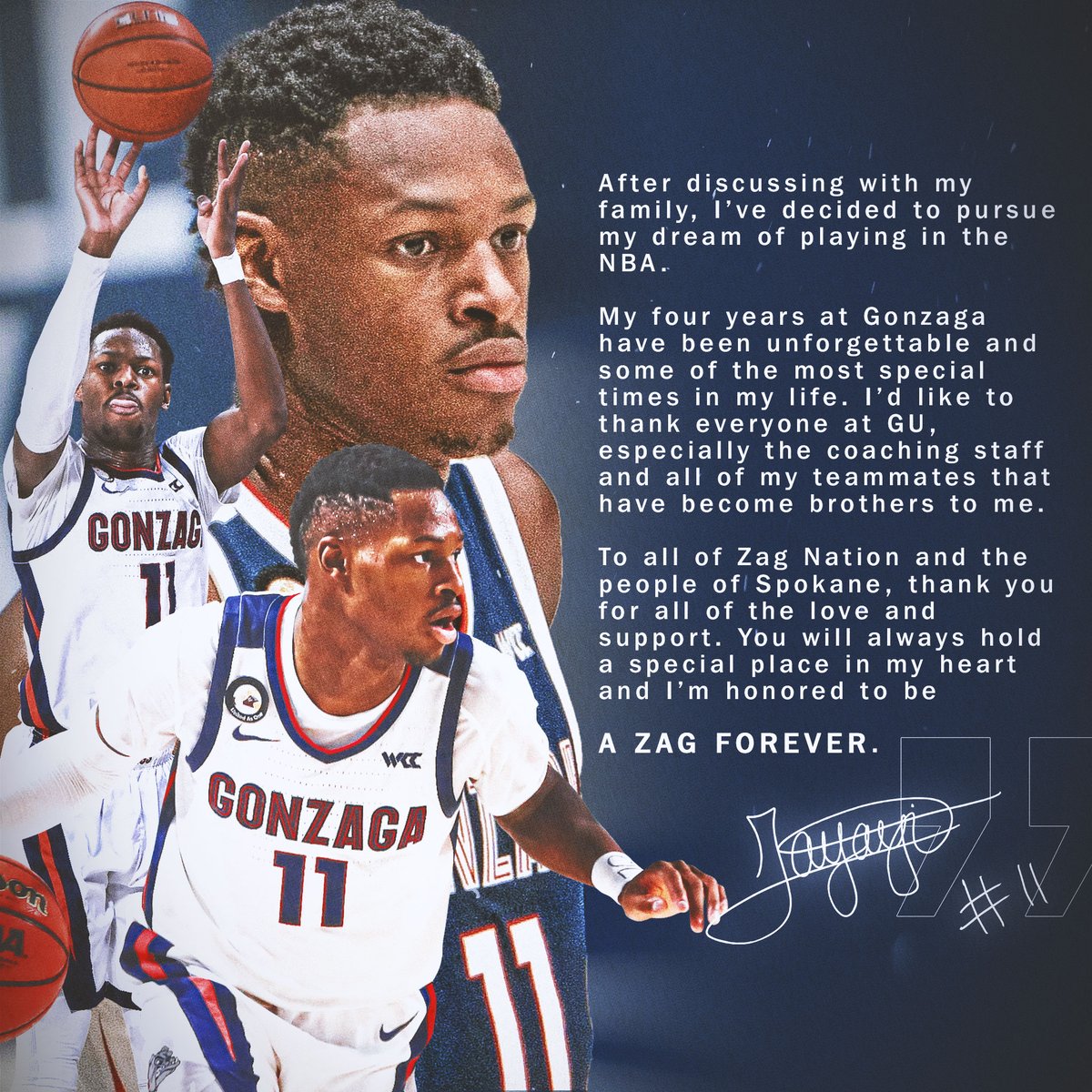 Gonzaga redshirt junior Joel Ayayi has declared for the NBA Draft, he announced Friday. He will pursue a professional career with the representation of an agent. Freshman point guard Jalen Suggs and senior wing Corey Kispert, both projected lottery picks, are also expected to declare, while it remains unclear if sophomore forward Drew Timme will enter the draft. “After discussing with my family, I’ve decided to pursue my dream of playing in the NBA,” Ayayi said. “My four years at Gonzaga have been unforgettable and some of the most special times in my life. I’d like to thank everyone at GU, especially the coaching staff, and all of my teammates that have become brothers to me. To all of Zag Nation and the people of Spokane, thank you for all of the love and support. You will always hold a special place in my heart and I’m honored to be a Zag forever.” Ayayi was a finalist for the Jerry West Shooting Guard of the Year Award. He averaged 12.03 points per game at 57.5 percent shooting from the field. The French native was second in the West Coast Conference making 68.3 percent inside-the-arc. His 6.88 rebounds per game was second on the team, sixth in the WCC, and the most in a single season by a GU guard. Ayayi recorded the first triple-double in program history in the win at Portland on Jan. 9. He scored all 12 of his points in the first half, grabbed 13 rebounds and dished out a career-high 14 assists. Ayayi’s 14 assists were the second-most in program history, and the most since Blake Stepp’s record of 16 in 2002. His 18 rebounds against Iowa were the most by a Bulldog guard since the program moved to NCAA Div. 1 in 1958-59. His 18 boards were also the fourth most for a Gonzaga player since Mark Few took over as head coach. Following the regular season, Ayayi was named First Team All-West Coast Conference. “I’m so happy for Joel, as he takes the next step in his career,” Few said. “He has had a huge impact on our program, with his steady improvement from year to year, and his ability to make winning plays in so many different ways. His leadership every day, enthusiasm, and ability to be such a great teammate is what I will always remember.” During his three playing years at Gonzaga, Ayayi helped the Zags earn three automatic berths into the NCAA Tournament, advancing to the Elite Eight in 2019 and the national championship game in 2021. The Zags have won a national best 95 games over the past three seasons, going 46-1 in West Coast Conference play with three league regular season titles. (Release via Gonzaga) Follow Adam Zagoria on Twitter Follow ZAGSBLOGHoops on Instagram