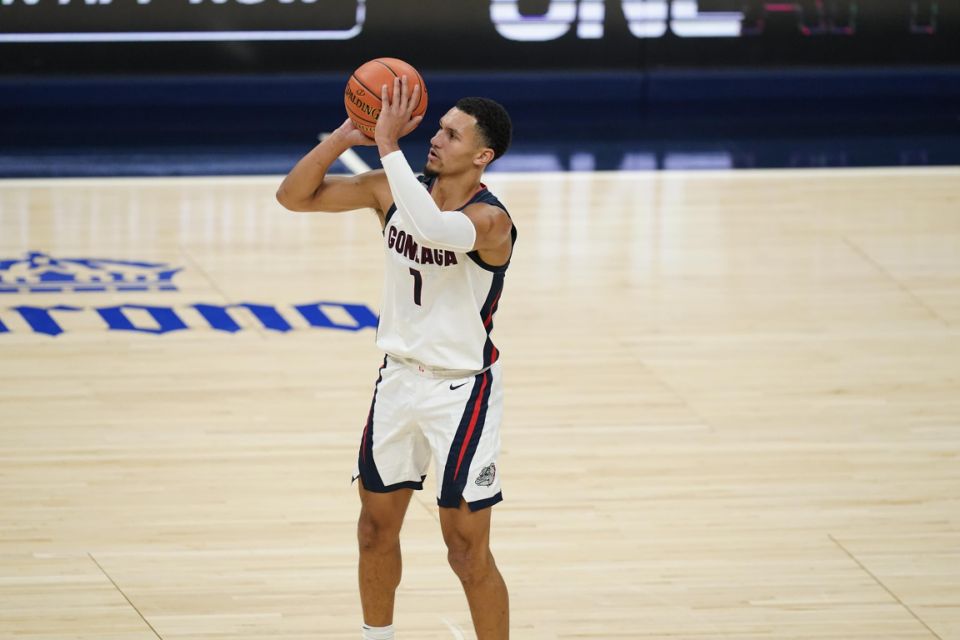 Gonzaga, Baylor and Michigan are the early favorites to cut down the nets at the NCAA Tournament in Indianapolis, according to sportsbettingdime.com Gonzaga is at +253, Baylor at + 358 and Michigan at +432. No. 1 Gonzaga enters the Big Dance as the first undefeated team since Kentucky in 2014-15 after rallying to beat Brigham Young 88-78 in the West Coast Conference Tournament title game on Tuesday night. Featuring three finalists for the Wooden and Naismith Awards in Corey Kispert, Jalen Suggs and Drew Timme, Gonzaga has won a school-record 30 straight games over two seasons and will be the 16th team overall to enter the NCAA Tournament undefeated. The last team to win the tournament while going unbeaten was Bob Knight’s Indiana team in 1976. The Zags won their eighth WCC title in nine years and 17th under coach Mark Few. “They’re really good,” BYU coach Mark Pope told reporters. “They played a great game and competed the whole way. They do a terrific job.” Led by Jared Butler, No. 2-ranked Baylor won the Big 12 regular-season title for the time and opens play as the No. 1 seed in the Big 12 Tournament on Thursday afternoon. Featuring projected NBA Draft picks Franz Wagner and Isaiah Livers and freshman big man Hunter Dickinson, Michigan won the Big Ten regular-season title and will be a No. 1 seed in the Big Dance for the first time since the “Fab Five” team in 1992-93 when current coach Juwan Howard was a player. Follow Adam Zagoria on Twitter Follow ZAGSBLOGHoops on Instagram And Like ZAGS on Facebook