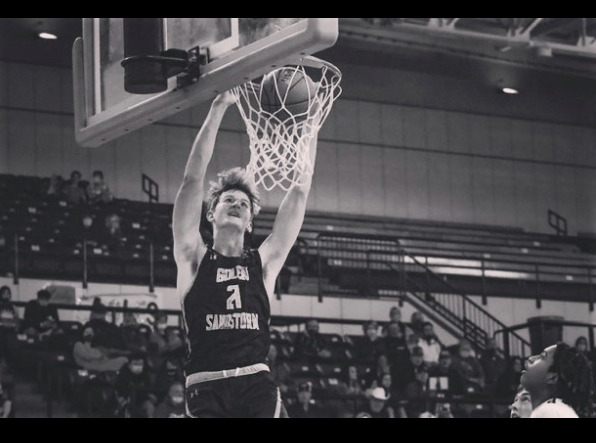 BY JAKE LIEBERMAN Cade Hornecker, the 6-foot-11, 205-pound center from Amarillo (TX) School, says Creighton, Kansas State and Purdue are the three schools working hardest in his recruitment. He broke down each school for ZAGSBLOG Tuesday: Creighton: “Creighton is going after me pretty hard. I talk to one of their coaches at least once a week, whether it’s an assistant or coach [Greg] McDermott. They don’t have a football program so you’re the main attraction. I’ve also heard Omaha is a cool place. I’ve never been, but I’d be down to go check it out. Basketball wise, they have a past of being a solid, fundamental, hardworking team and I feel like I fit well with that. Also, they’ve had some good bigs. Coach McDermott’s son is in the NBA so I feel like he knows what it takes to get there and personally, I’d love to play in the NBA.” Kansas State: “I had a Zoom meeting with them over the summer and it went well. I like their coaching staff a lot. They play almost identically to my high school team. One of our nicknames is “Floor Burn High” and it just means that we get on the floor and hustle, etc. Kansas State is good at putting weight and more importantly muscle on many of their players, which is a big selling point me. Despite their minor struggles this season, I still think I would interested in going to school there, possibly.” Purdue: “While they have not offered yet, I feel like I’ve made a very good relationship with coach [Steve] Lutz. I have liked Purdue in the past and they always have good bigs. The most recent one I remember was Matt Haarms and everyone always says that we look and play the same. They have always had good bigs. Hopefully the will offer because I’d be interested.” Hornecker says he wants to visit Kansas State, Purdue, Virginia, Creighton and Gonzaga. In terms of a timetable, Hornecker says that he would like to commit sometime in the fall, before the start of his high school season. “COVID permitting, of course,” he said. “I can go visit these schools and things like that. I have no plans on cutting the list until after I’ve been some places because I just don’t have a feel about the place, without the visit.” Follow Jake Lieberman on Twitter Follow Adam Zagoria on Twitter Follow ZAGSBLOGHoops on Instagram And Like ZAGS on Facebook