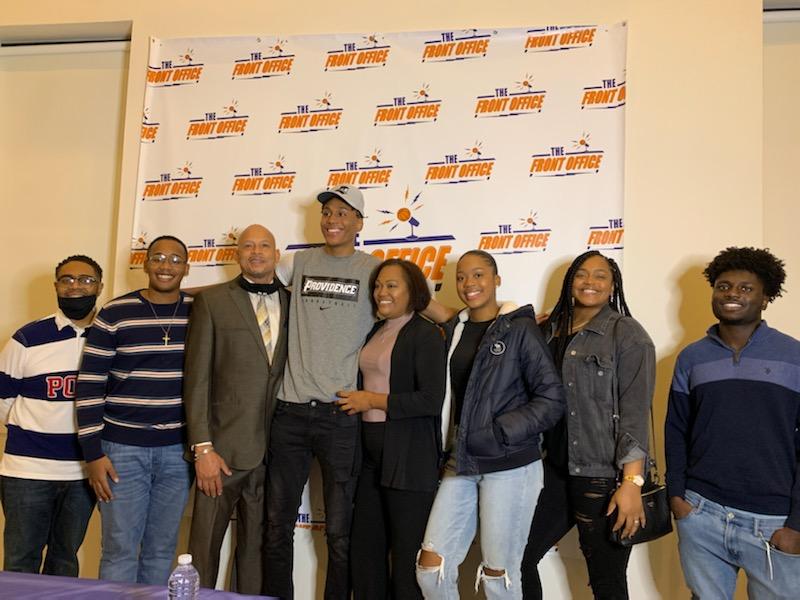 By ADAM ZAGORIA Rafael Castro, the Class of 2021 forward from Dover (N.J.) High School, committed to Providence on Thursday, he told ZAGSBLOG. Ranked the No. 23 power forward in the 247Sports.com Composite, the 6-foot-10, 200-pound Castro chose the Friars over Dayton and Miami. “I’ll be taking my talents to Providence College,” he said in a phone interview ahead of his public announcement. “My relationship with Ed Cooley was the strongest out of all the coaches. Also playing in the Big East, it’s a good basketball conference. And my family can see some of the games because it’s close to Jersey.” Castro took a virtual tour of campus with Cooley and recently took an in-person tour of the campus through the admissions department. He plans to sign next week during the NCAA Early Signing Period. “I’ll definitely work my hardest at Providence and impact the game any way I can, defensively and offensively,” he said. “And I like to win.” As for what skillset he will bring to Providence, Castro said: “They kind of play through their bigs. They like to run and get in transition, so I like doing all that.” Castro joins power forward Legend Geeter in Providence’s 2021 class, and his commitment comes after Bryce Hopkins last week chose Kentucky over Providence and Illinois. “Rafael Castro’s upside is through the roof,” Sports U coach Brian Coleman said. “He is now 6-10, he’s very athletic, he can shoot from the perimeter, he can take guys off the dribble. He has an uncanny knack for blocking shots, he chases rebounds down and he’s a great kid. Very coachable. “Because of his ability to block shots, rebound and make shots from the perimeter, I think he’ll have good opportunity to see the floor early.” Follow Adam Zagoria on Twitter Follow ZAGSBLOGHoops on Instagram And Like ZAGS on Facebook