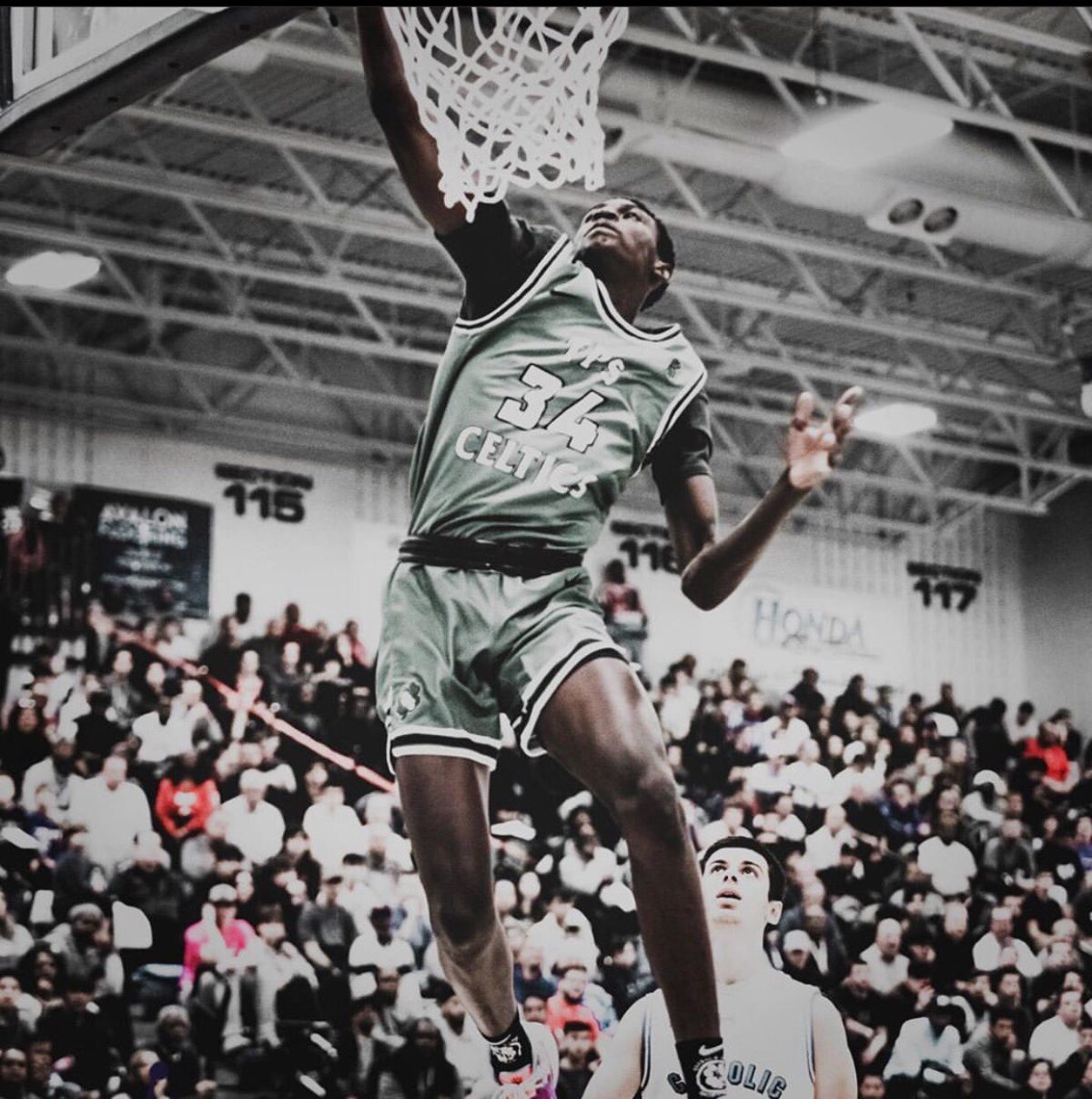 By ADAM ZAGORIA UConn pledge Samson Johnson was named Co-MVP of the Slam 16 Game on Saturday at the Gauchos Gym in The Bronx, and several other Big East recruits excelled as well. The 6-foot-10 Johnson from The Patrick School (N.J.) continued his torrid summer and fall by going for 12 points, 8 rebounds, 6 blocks and 1 assist. “His upside is huge,” one source close to UConn said. Said Patrick School coach Chris Chavannes: “Samson Johnson reminds me of DeAndre’ Bembry. They are both hard workers and get better and better every day. We have been blessed to have an abundance of talent over the past eight years as The Patrick School. “I think Samson’s ceiling is as high or higher as any player I’ve coached. He has been very consistent through the summer and fall. I don’t think there is a player in the state that can impact a game on both ends in as many ways as he can.”

Rahsool Diggins of Archbishop Wood (PA), who is also committed to UConn in the Class of 2021, went for 15 points, 9 assists and 5 rebounds.

Villanova’s Class of 2021 recruits also played well. Trey Patterson of Rutgers Prep (N.J.) went for 22 points and 5 rebounds and Nnanna Njoku of Sanford School (DE) had 15 points and 9 rebounds. Georgetown commit Jordan Riley of Brentwood (N.Y.) had 18 points and 2 rebounds. Florida State-bound guard Jalen Warley of the Westtown (PA) School was the other co-MVP with 11 points and 1 assist.

Florida State is getting a STUD in five-star Jalen Warley. 😤 @jjwarley @Gatorade pic.twitter.com/6ISwFdVcc4

Uncommitted Class of 2021 Boys & Girls guard Khalil Brantley went off for 22 points, 4 assists and 3 rebounds. Class of 2022 Roselle (NJ) Catholic guard Corey Floyd Jr. went for 11 points and 2 assists, and Denver Anglin of Gill St. Bernard’s (N.J.) had 12 points, all on 3-pointers, and 2 rebounds. (Stats provided by Rob Noonan of Made Hoops) This post has been updated. Follow Adam Zagoria on Twitter Follow ZAGSBLOGHoops on Instagram And Like ZAGS on Facebook