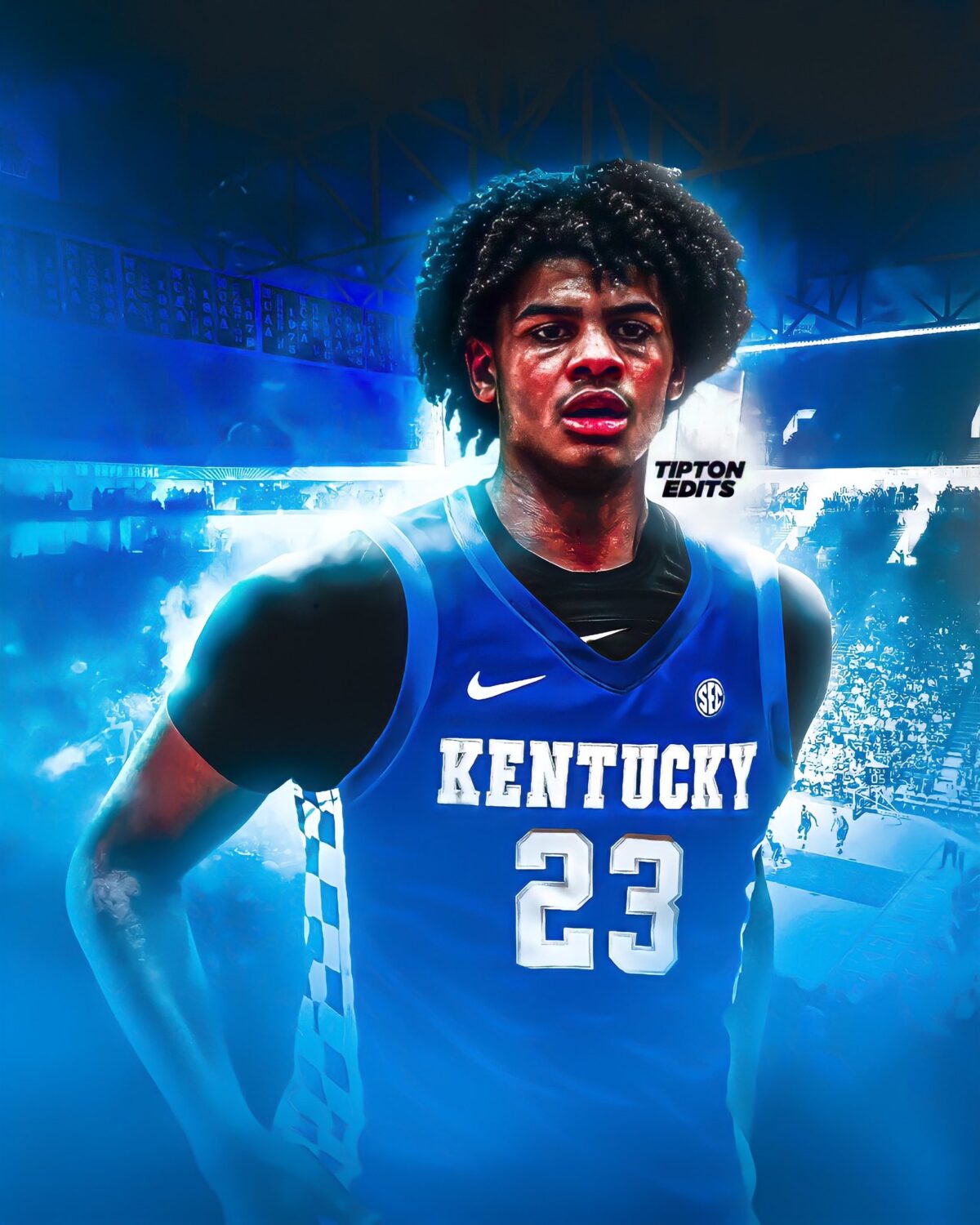 By ADAM ZAGORIA After initially committing to one school in the Bluegrass State, Bryce Hopkins is headed to another. The 6-foot-7, 215-pound power forward from Fenwick (IL) High School committed to Kentucky on Monday after de-committing from Louisville in August. Ranked the No. 7 power forward in the 247Sports.com Composite rankings, he told ZAGSBLOG his final top three featured Kentucky, Providence and Illinois. “I’ll be going to Kentucky,” he said in a phone interview ahead of his public announcement. Hopkins visited the campus in September. “I know I’ll be pushed day in and day out and I just want to be part of a team that’s going to be a winning program,” he said. “And they develop their guys to get to the next level so I want to be a part of that.” Kentucky will lose big man Olivier Sarr and point guard Davion Mintz to graduation and could lose freshmen wings B.J. Boston and Terrence Clarke to the NBA Draft ahead of the 2021-22 season. “They told me that the basketball they play is very position-less, so they see me playing on the wing,’ Hopkins said. “They say I’m very versatile and I fit in very well with their playing style.” Hopkins said he tries to model his game off of two of the NBA’s biggest stars. “I try to take bits and pieces off of certain players in the league,” he said. “I try to take LeBron how he gets his teammates involved and I try to take KD [Kevin Durant] how he scores. Those two are probably the biggest two.” Like most Kentucky players, his goal is to reach the NBA. “Of course, that’s always been a goal of mine to make it to the NBA,” he said. “I feel like Kentucky will put me on a stage to do that, if I handle my business and do what I have to do.” Hopkins joins four-star guard Nolan Hickman in Kentucky’s 2021 class. They also landed Class of 2022 guard Skyy Clark on Thursday.

let’s welcome him to the family BBN!!! @BryceHopkins 💙 you made the right decision https://t.co/nBQ3u7n6f5

In the Class of 2021, Kentucky remains involved for combo guard Hunter Sallis, shooting guards Jaden Hardy and Brandin Podziemski, and big men Moussa Diabate and Daimion Collins, among others. “I talked to Devin Askew a little bit, he told me how he likes Kentucky,” Hopkins said of the freshman point guard. “I also talk to Nolan Hickman who also committed there. And then I’ve been talking to Skyy, too. “I think I’m going to start talking to Brandin Podziemski who they just offered. He looks pretty solid.” The 6-6 Podziemski recently added offers from Kentucky and Kansas and discussed them with ZAGSBLOG here. Follow Adam Zagoria on Twitter Follow ZAGSBLOGHoops on Instagram And Like ZAGS on Facebook