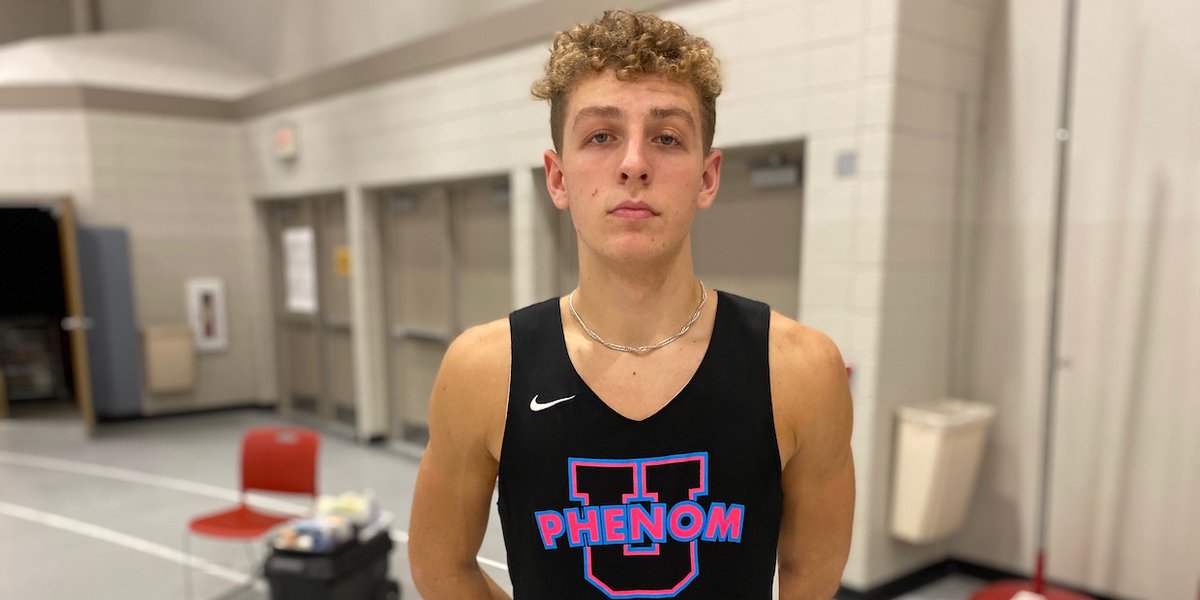 By ADAM ZAGORIA Brandin Podziemski had a dream week on the recruiting front. The 6-foot-6, 195-pound left-handed shooting guard from St. John’s Northwestern Military Academy (WI) picked up offers from Kentucky and Kansas. “It feels great,” he said by phone. “It’s an unbelievable blessing that I don’t think I ever imagined that I would get. Me and my family are super happy at this opportunity that I’m getting.” Kentucky was the first to offer on Wednesday during a Zoom call with head coach John Calipari and assistant Joel Justus. “Just throughout the Zoom calls, they complimented me on how hard I play,” he said. “I feel good. The No. 1 thing I see in them is the player development. They put a lot of people in the NBA and how much they developed from being there [at Kentucky]. It’s exciting because I could be in those shoes some day.” Podziemski sees similarities between himself and former Kentucky and current Miami guard Tyler Herro, who starred during the NBA playoffs. “We both have a similar play style, we both have a dog in us that not many people have,” he said. “But he’s Tyler and I’m me, so I’m trying to do my own thing, he’s trying to do his own thing.” On Thursday, Kansas assistant Kurtis Townsend offered. “Me and coach Townsend had a 30-minute talk. He just told me a couple guys from Kansas that I remind him of, Svi Mykhailiuk being one of them. He talked to me about their program and what it would look like for me, so it was a great opportunity for me.” Before those two offers, he held offers from Arizona State, Kansas State, Boise State, DePaul and Marquette. “I’m just trying to keep level-headed and keep doing the same thing with the people in my circle,” he said of the new offers.

His coaches rave about his work ethic and upside. “Brandin’s upside continues to be through the roof,” said St. John’s Northwestern assistant coach D.J. Mlachnik. “You could see it in him since 8th grade. His work ethic, determination, competitiveness, and passion for the game are inspiring. He has always been a kid that sees no limits; when he wants something he goes and gets it. “Brandin has always been one of the best shooters in the state over the last 2-3 years, no doubt about it. But over the summer after his sophomore season after earning All-State, until now, Brandin has worked incredibly hard to add to his game and his skill set continues to expand. “His biggest improvement has been his creativity with his dribble and working to create out of isolation situations and ball screens. The kid is a flat-out scorer, and if you take a breathe on him, he’s going to get a bucket.” Antonio Curro of NY2LA compared him to Chris Mullin, Manu Ginobli and Luke Kennard. “He’s one of the top pure perimeter shooters in the country, but he’s more than that,” Curro said. “He fills the box score, competes and he can defend multiple positions “He’s a max effort guy game in and game out, ultra-competitive. He’s the first one in the gym and the last one to leave every day.” Photo: 247Sports.com Follow Adam Zagoria on TwitterF ollow ZAGSBLOGHoops on Instagram And Like ZAGS on Facebook