Who stood out at the Wootten Top 100 Camp? | Zagsblog
Follow @adamzagoria 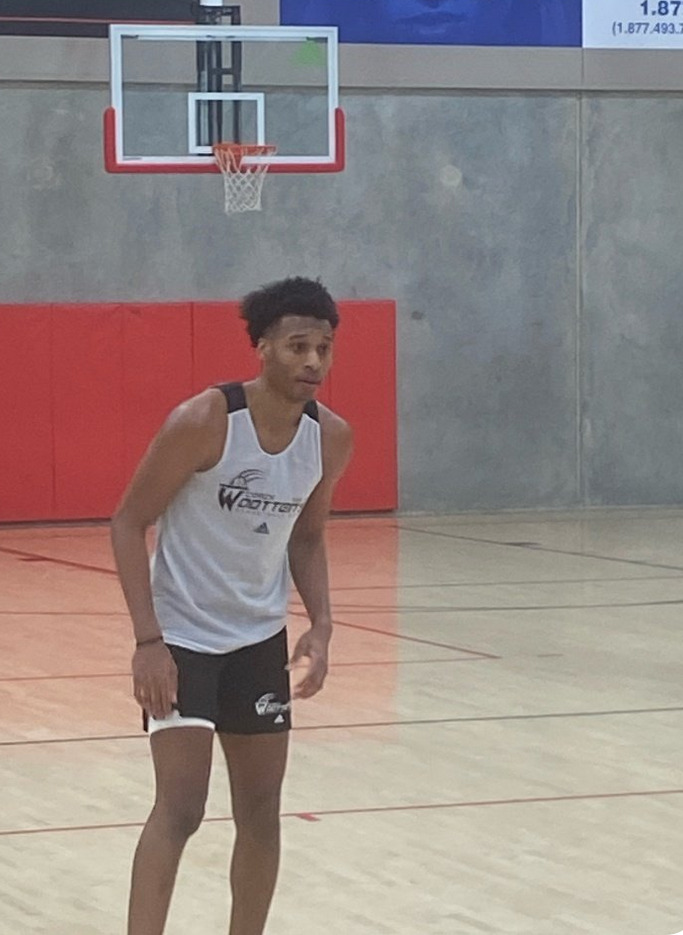 By TOBIAS BASS MANSFIELD, Texas — The Wootten Top 150 camp had some of the best high school players in the country, all in the same gym. Although many of the kids there were top 100 recruits, several of the other kids were very underrecruited. The pandemic the country is going through has really affected the recruiting process. A lot of lower Power-Five schools will benefit significantly from these crazy times we are living in. Here are my top 8 standouts: Kobe Bufkin-SG class of 2021 (MICHIGAN COMMIT)
Bufkin is an all-around SG but showed his ability to a guy who can run an offense effectively. The 6-foot-4 Grand Rapids native is committed to Michigan. On day 1 of the camp, he was by far the best player, in my opinion, his ability to get in the lane and create shots for himself and others is uncanny. However, what stood out to me was his tenacity as a defender. Bufkin gets over every screen, active hands, and is a tremendous shot blocker at the guard position. Juwan Howard has a star in the making on his hands. Tyler Powell- SG class of 2021 (SETON HALL COMMIT)
Powell is a tough, physical guard from Los Angeles. He loves to compete and will not shy down from any matchup. Throughout the weekend, he was dominating four and five-star guars on both ends of the floor. He is very under recruited but made his decision to played basketball for coach Kevin Willard and the Seton Hall Pirates next year. Powell had no offers from the schools in his area (USC, UCLA, Cal, or Stanford). Despite his lack of national attention, the kid is a baller and will be a force in the Big East.

Jordan Walsh- Wing class of 2022 (42nd ranked recruit)
If you are looking for versatility then Jordan Walsh is your guy. Walsh can do everything on the floor and played predominantly a point-forward role all weekend. The 6-7 wing has narrowed down his list to Texas, Texas A&M, Texas Tech, and Oklahoma State. Walsh brought the crowd to there feet on Saturday with the posterization of another camper. Lastly, Walsh has a good feel for the game and never gets sped up. He makes winning plays on both ends of the floor. Brandon Miller- Wing class of 2022 (11th ranked recruit)
The first time I saw Miller play, he stood out over the majority of the other attendees. Miller is a 6-7 wing that is a lights-out shooter, a big-time athlete, and has a high basketball IQ. He reminds me of the 2020 NBA draftee Aaron Nesmith. What I don’t understand is his lack of offers. Miller has no Big 12 offers, one ACC offer (Louisville), and four SEC offers (Tennesse, Alabama, Ole Miss, and Vanderbilt). With some weight gain, this kid is a pro. I expect the several offers to start rolling in ASAP. Joshua Beadle- PG class of 2021
Another severely under-recruited prospect is Joshua Beadle, a 6-3 PG from Columbia, South Carolina. Beadle only had two Power-Five conference offers. Clemson where he is committed, and Wake Forest. Throughout the weekend, he was paired with four-star guard Arterio Morris (Memphis commit) and outplayed him both days of the camp. Beadle will be a guy we look back at in a few years and wonder why he was so heavily slept on. Lee Dort- Center class of 2022 (18th ranked recruit)
Picture former Kansas big-man Udoka Azubuike but with more mobility. Sounds scary right? Well, here comes Lee Dort, a 6-10 center from Addison, Texas. Dort showed he can be a dominant post player and bring a presence on the defensive end. Also, he is a good passer out of double teams and has tremendous hands for a young big. Out of 200 plus campers, he was one of the few who I think can be a one and done type of player. Layden Blocker PG class of 2023
Despite the majority of the campers being upperclassmen, coach Wootten invited 25 sophomores, and one that stood out to me was Layden Blocker, a 6-2 PG from Arkansas. Blocker is a big-time athlete and threw down several dunks through contact. The Little Rock native has a good feel for the game and showed can do more than just attack the rim. He made key shots for his team all weekend and held his own against the older guys. Blocker currently has offers from St. Johns, Arkansas, Auburn, and TCU. Jaden Jones- SF Class of 2021 (RUTGERS COMMIT)
Jaden Jones flew under the radar at this camp, but he was one of the most consistent prospects over the weekend. He helped lead his team to a victory in the championship game. Jones is a 6-7 versatile wing that can score on all three levels but what stood out to me was his on-ball defense. During the championship game, he took it upon himself to guard Wade Taylor (Texas A&M commit) or Tyrese Hunter (Iowa State commit). Both of these high-major guards terrorized defenders all camp long, except Jones. Jones forced two key turnovers late in the game to seal the victory. The Rutgers commit can come in day one and make an impact.