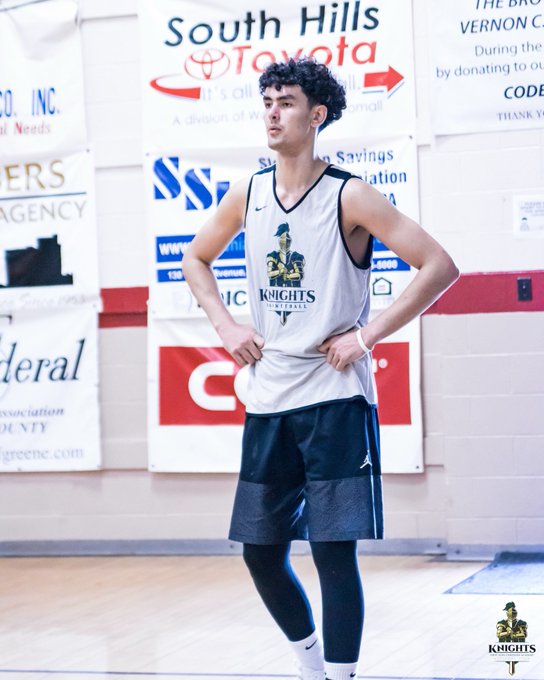 By JACOB POLACHECK Since moving from Finland to the United States earlier this month, Mustapha Amzil has emerged as one of the most highly sought after prospects in the Class of 2021. The 6-foot-10, 215-pound power forward from First Love (PA) Christian Academy, has received 12 offers in the last three weeks. “Mustapha has a game mature beyond his years and a rare ability to let the game come to him unlike many prospects at the same age typically do,” First Love Academy assistant coach Jeremy Grubbs said. “He is a versatile player on offense and defense. Any school would be lucky to land him.” Illinois, DePaul, NC State and SMU are the most recent schools to offer Amzil. He broke down each school for ZAGSBLOG on Monday: SMU: “I just got offered today. I haven’t had too much time yet to get information from the school. I know they’ve developed some pro players and are in a great conference.” Illinois: “I’ve been talking with them for a couple days now. I’m supposed to have a zoom meeting with the staff this week. It’s a good program, big time program. They’ve got many international guys there and they make a lot of pro players.” DePaul: “They have been very active with the recruitment. I’m going to have a zoom meeting with them this week. They play in the Big East. They’re a good program that produces pro players.” NC State: “They offered me last week. They are a big school and a big time program. They develop pro players.” Amzil had a zoom meeting with DePaul staff on Sunday. “That’s the second meeting so it was concentrated on the campus and the facilities they have there,” he said. “The first meeting concentrated on playing style and basketball.” Amzil has also had zoom meetings with St. John’s, Oklahoma State, Dayton and Pittsburgh. St. John’s: “We talked about basketball, the campus and lots of different things. They showed me their playing facilities, how I would play on the team and have an impact.” Oklahoma State: “I like them a lot. The coaches have been hitting me up a lot. We just talked about the basketball, facilities and campus. We also talked about what kind of impact I’d have. Sometimes, I can be a major ball handler on the court and play the 1-3 positions.” Dayton: “They have been active too. I’ve had a couple zoom calls with them. They also showed me what kind of impact I could have on the team. They were very impressive.” Pittsburgh: “They showed the campus and their basketball. I talked with the coaches about the kind of impact I’d have on the team.” Amzil plans to meet with DePaul coaches again this week. He will also meet with Illinois staff by zoom. Texas became the latest school to contact Amzil when they reached out on Monday. “My coach has been talking to Kansas, Kentucky, Duke,” Amzil said. “North Carolina said they would like to see me play live or in-person.” Amzil says he hasn’t ‘fully decided’ on a timetable for his decision, but he broke down what he’s looking for in a school: “Basketball-wise, I’d say what kind of impact I can have as a freshman,” he said. “I don’t want a coach to say ‘you can play this much or this much’ before I get to practice. I just want to know I have a chance, based on how I do, to play as a freshman and have an impact. “Also, I’m looking at the play style they’re playing. Do they have 24/7 access to the gym to get better. Also, basic life things like the dorms, how close they are to the school buildings.” In terms of his play style, Amzil describes himself as ‘versatile’. “I make the right plays and have an ability to score on different levels,” he said. “I can get rebounds and guard the 1-5 positions.” Off the court, Amzil spends his time like most other high school seniors. “I usually just chill, play video games, listen to music and watch movies, nothing too big,” he said. Unlike most high school seniors however, Amzil speaks four different languages. “I can speak Finnish, English, Arabic and Swedish,” he said. Follow Jacob Polacheck on Twitter Follow Adam Zagoria on Twitter Follow ZAGSBLOGHoops on Instagram And Like ZAGS on Facebook