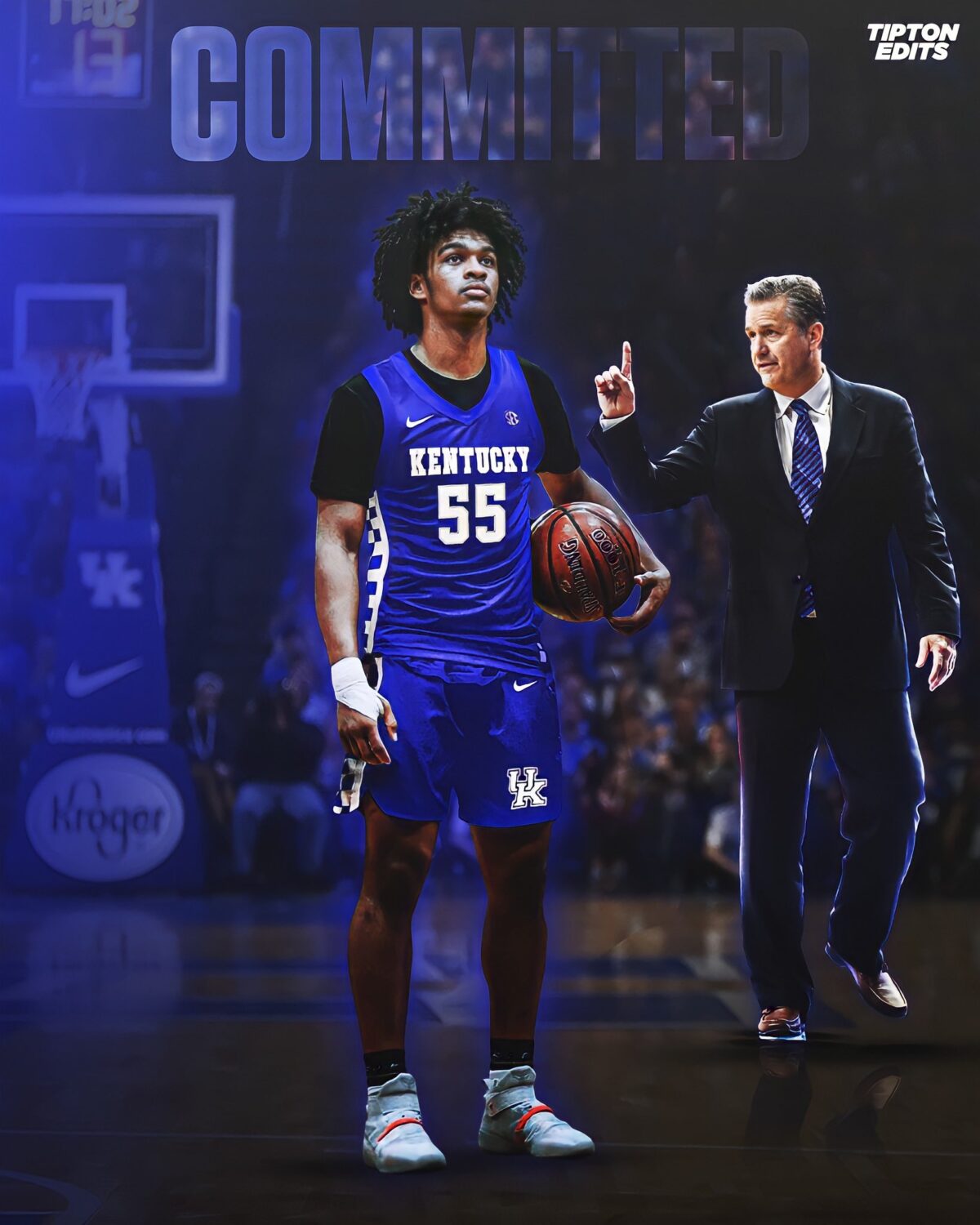 By ADAM ZAGORIA Skyy Clark committed to Kentucky and could be headed for a one-and-done season beginning in 2022. Clark, the 6-foot-3, 200-pound combo guard who spent last year at Heritage Christian (CA), chose the Wildcats over North Carolina, UCLA and Memphis. Though there have been rumblings Clark could reclassify to 2021, his father, Kenny, says that’s not the plan as of now. “Their motto is build different and I’m built different so I want to continue to be different, and there’s no better place to go if you want to make it to the league,” he said. During his sophomore season at Heritage Christian, Clark averaged 25.5 points, 5.1 rebounds, 4.2 assists and 2.5 steals per game. He has been compared both to former Kentucky guards Tyrese Maxey offensively and Tyler Ulis defensively. “Skyy is a very dynamic player with his creativity and his ability to break down defenses,” Jamal Richardson, one of his trainers, told ZAGSBLOG. “I think he’s a very under-rated playmaker as well. I think [Kentucky] is going to get a great kid, a worker and somebody who’s driven on wanting to win and being able to impact and affect winning. “He’s going to come in ready to work and he has a great attitude. And obviously, he’s just a great kid off the court as well.” Richardson said Clark is a potential one-and-done candidate. “I think he has one-and-done potential, no doubt about it,” Richardson said. “I think his approach and with his size and his maturity in his game, I think he’s a potential one-and-done, but it’s all just predicated on time and situation and making sure he does what he needs to do. He’s all about winning and he wants to win immediately and help [Kentucky] reach national championship levels.”

bag work with @Andrew22Fleming this season will be one to remember. pic.twitter.com/BQHpHvI8zq

Trainer Andrew Fleming, who played at Lipscomb and Iowa, has also been working with Clark (and playing against him) the past few months. “His feel and his pace for the game is off the charts,” Fleming said. “He’s been in the gym here in Nashville with some other NBA guys and played five-on-five with several NBA guys and he’s been by far the best player in the gym every time he walks in the gym.” He added: “He’s such a high-level scorer but obviously his feel for the game is off the charts in terms of reading defenses and he can really load people up as well. I want the ball in his hands regardless of what team he plays for because he’s going to make the right decision nine times out of 10. It’s really different how the game slows down for him.” Fleming also believes Clark can be one-and-done. “Yes, but he’s got a very good grip on life,” he said. “Our biggest thing is I’ve told him is he’s got two years of high school and then he’ll be a rookie of the year candidate after his maybe one year of college. “But I’m telling him, ‘I want you to enjoy this process and enjoy life because here in about three years, four years, this is going to be your job and all the eyes in the basketball world are going to be on you.'” Follow Adam Zagoria on Twitter Follow ZAGSBLOGHoops on Instagram And Like ZAGS on Facebook