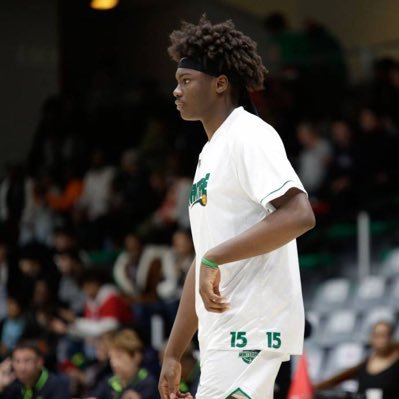 By JACOB POLACHECK Since moving to the United States on Aug. 24, Winston-Salem (NC) Christian big Christ Essandoko has been reeling in the college offers. The 6-foot-11, 265-pound center from Paris, France, has recently received offers from Oral Roberts (Aug. 26) North Carolina A&T (Sept. 9) and San Diego State (Sept. 15). He broke down each school for ZAGSBLOG Tuesday: Oral Roberts: “I’ve been talking with them since the lockdown in France. When I came [to the United States] they called my coach to offer me a scholarship. ” North Carolina A&T: “My coach tells me that they are one of the best HBCU’s in the country.” San Diego State: “I know they are a good program. They were 30-2 before COVID [ended the season]. Also, Kawhi Leonard played for them.” Essandoko has been living by himself since the age of 14 and says the transition to the United States has gone well. “I know how to live without my parents,” he said. “The coaching staff, the school, my teammates and everyone is cool with me. My english is good so I don’t have problems with that.” Outside of his three offers, Essandoko is also receiving interest from Wake Forest, Tulsa, Virginia Tech, Saint Mary’s, South Florida, Missouri State, New Mexico, Ohio University and Cincinnati. “Christ Essandoko is a really good player and even better kid,” Winston-Salem Christian head coach Antonio Lowe said by text. “His recruitment is starting to pick up and it’s only a matter of time before it takes completely off. “Christ will be a high priority for college coaches across the country. He is a 6’11/7’0 big that’s mobile and skilled and has a chance to be one of the best players I’ve coached.” Follow Jacob Polacheck on Twitter Follow Adam Zagoria on Twitter Follow ZAGSBLOGHoops on Instagram And Like ZAGS on Facebook