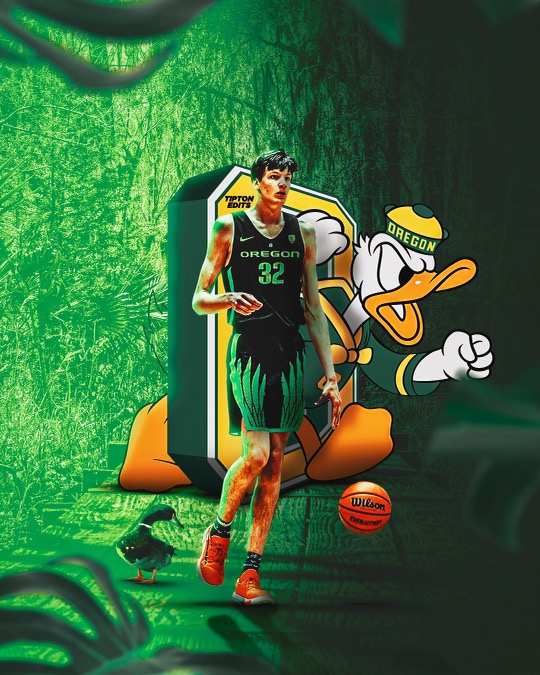 By JACOB POLACHECK Class of 2021 five-star center Nathan Bittle has committed to Oregon, per ESPN’s Paul Biancardi. Bittle, the 6-foot-11, 200-pound center from Prolific Prep (CA), chose Oregon over UCLA, Arizona and Gonzaga. Ranked by 247Sports.com as the No. 3 center in the Class of 2021, Bittle is the first commit in Oregon’s 2021 class. “He’s a big who can stretch the floor, and has a great basketball IQ,” his father Ryan said. “He has shooting abilities beyond the NBA line, and a strong enough for bodying up players in the paint. He also has the ability to handle the basketball up the court and make decisions.” During the 2019-20 season at Crater (OR) High School, Bittle averaged 25.6 points, 11.3 rebounds and 4.5 blocks per game as a junior. Bittle recently announced his transfer from Crater to Prolific Prep for his senior season, joining a roster that features five-star Stanford commit Isa Silva, four-star forward Kamari Lands and 2022 Memphis commit Arterio Morris. “Nate has clearly established himself as one of the elite players in the 2021 class,” Prolific Prep head coach Mark Phelps said by text. “He is highly skilled, has tremendous size and length, and a competitive fire that makes him a unique and special player. “Nate can score in a variety of ways including from 3 on offense and exhibits an under-recognized toughness, desire, and prowess on the defensive end,” he said. “His high basketball IQ, unselfishness and passing ability, and outstanding court demeanor allows him to be a respected teammate as well. Nate consistently works hard and shows up big when big game moments are required. He is an outstanding young man from a terrific family and his basketball future is extremely bright! I expect him to have an immediate impact as a college freshman next year!” This story has been updated. Follow Jacob Polacheck on Twitter Follow Adam Zagoria on Twitter Follow ZAGSBLOGHoops on Instagram And Like ZAGS on Facebook