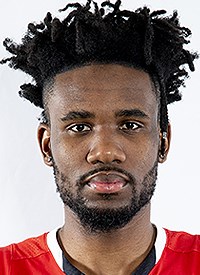 UPDATED 7/16: Jonathan Kuminga announced he will bypass college and play in the NBA G League. By ADAM ZAGORIA Neither Jonathan Kuminga nor Joel Ntambwe has ever played a single game for Texas Tech. So if neither suits up this season for the Red Raiders, they won’t actually be losing players. But there was hope among the fan base that the two brothers would join forces under Chris Beard this coming season. Now it appears that neither player will do so. The 6-foot-8 Kuminga is due to announce his future plans on Thursday, with multiple sources saying he will go to the NBA G League. He also lists Texas Tech, Auburn, Duke and Kentucky, and has also been linked to the Australian NBL, but will not go in those directions.

Jonathan Kuminga — the 6-foot-8 forward from the Democratic Republic of Congo and @tps_hsbb — has decided to skip college and sign a deal in the NBA G League pro program, sources said.

His older brother, the 6-8 Ntambwe, has been training in Miami with Kuminga and has reportedly not been on campus this summer at Texas Tech after sitting out last season as a transfer from UNLV. It remains unclear where he will spend the upcoming season. Asked about Ntambwe’s status by John Fanta of the Big East and Fullcourt Press, Beard said: “Yeah, I don’t have a lot of update right now with Joel. It’s a popular question now, and obviously is [having his] decision time. “What I can tell you with Joel is, he’s a great big brother to his younger brother. It’s been pretty cool to watch him, how he takes care of his family so what we’re wishing for here is really simple. We just hope that his brother makes the best decision for him and things work out for Joel as well.” https://podcasts.apple.com/us/podcast/full-court-press-with-fanta-and-adams/id1498162864 Still, Beard has a tremendous team coming this season, led by transfers Mac McClung (Georgetown) and Marcus Santos-Silva (VCU) and a top recruiting class highlighted by Prolific Prep guard Nimari Burnett. “All these guys are special,” he told Fanta. “I love talking about all our players. With Nimari specifically, we’re proud to have Nimari as our first McDonald’s All-American in program history. He added: “We like our roster, we like our chances. But that consistency is our No. 1 objective.” Asked about the time frame of the season starting due to the pandemic, Beard said he’s optimistic there will be college basketball. “Ultimately, do I think we’ll play basketball?” he said. “I do.” This post has been updated. Follow Adam Zagoria on Twitter Follow ZAGSBLOGHoops on Instagram And Like ZAGS on Facebook