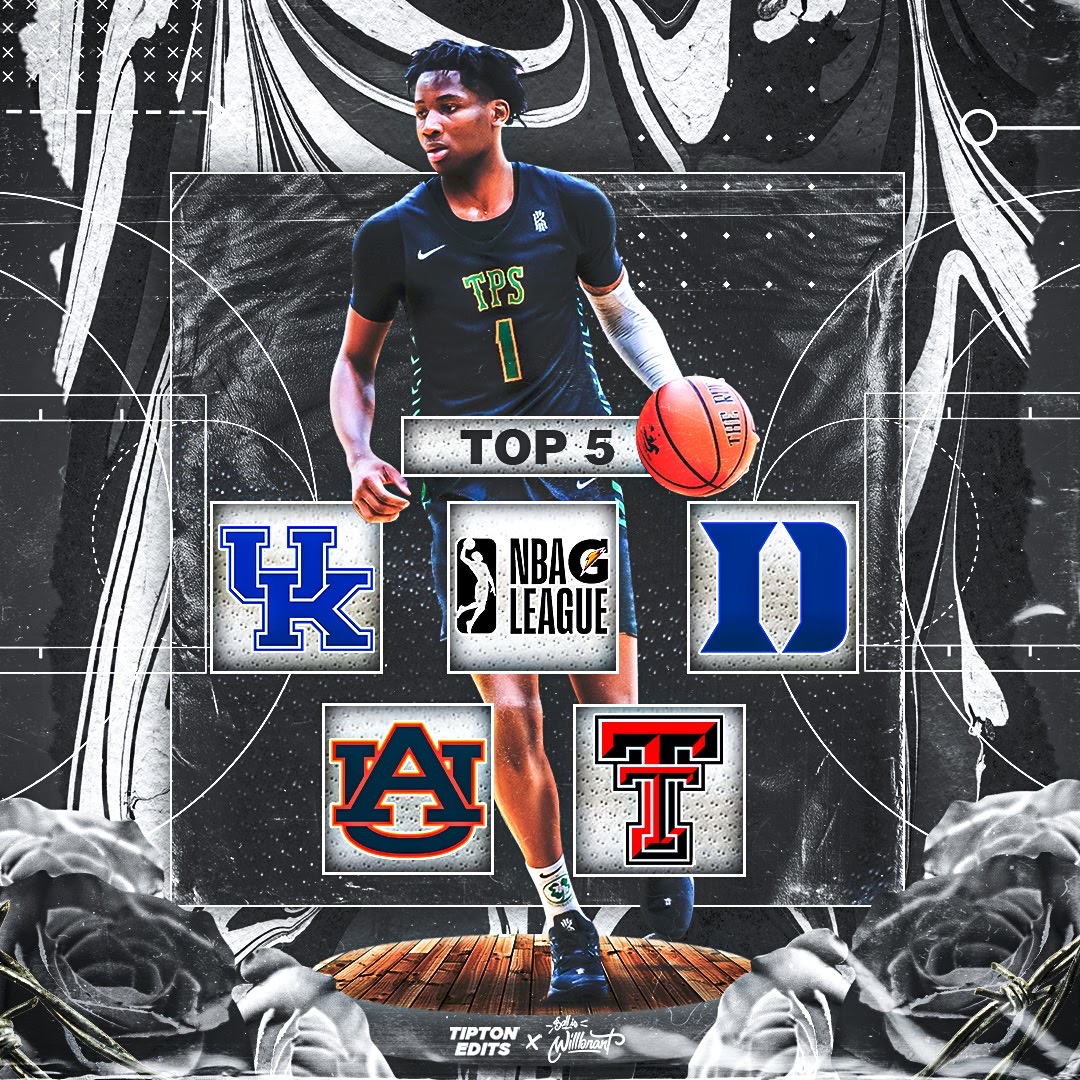 By ADAM ZAGORIA At long last, Jonathan Kuminga will announce his future plans. The 6-foot-8 native of the Democratic Republic of Congo will announce his next step on July 16 at 2 p.m., he announced on Twitter.

🛑🛑🛑I will anounce where I am going to play next year on thursday july 16th at 2pm East.
stay tuned‼️‼️‼️.#THEAFRICANKID #MAKECONGOPROUD pic.twitter.com/UlZtTHwg7h

Kuminga, who did his work to reclassify to the Class of 2020 from 2021, recently listed Auburn, Duke, Kentucky, Texas Tech and the G League as his options. Multiple sources have said he is likely to sign with the G League for as much as $500,0000. He is the projected No. 4 pick in the 2021 NBA Draft, per ESPN.com. “Physically, his body is great; Jon has a pro body,” said David Zenon, who has trained NBA players like Mitchell Robinson, Serge Ibaka and Mason Plumlee and worked with Kuminga and his Patrick School (N.J.) teammates this past season. “He could still add some size but in terms of his legs and his body, he’s got a phenomenal base. His jump shot, he has pro range. He has a good understanding of the game. I think the one thing to work on is just getting used to the speed of the game and changing speeds and reading angles because those pockets and those passing lanes are going to get thinner and thinner. But in terms of the physical aspects of his game, he’s pretty talented in that regard.” Kuminga is currently training in Miami and was spotted playing pickup with former No. 2 overall pick Michael Beasley — who just signed with the Nets — as well as Isaiah Todd, who has signed on with the G League along with Jalen Green, Daishen Nix and Kai Sotto. It’s unclear if Todd has been in Kuminga’s ear about the G League route, which is offering six-figure contracts to top prep players.

All signs pointing to Jon Kuminga going to the NBA G League for as much as $500K, per sources. https://t.co/nVifnbxgTh

Some have argued Kuminga should maintain his high draft status and not expose himself to any risks — physically or perception-wise — by going to college, and that the G League Select Team that will be coached by former NBA coach Brian Shaw might be the best option. “I feel like all five scenarios that he could end up in are good for him, just because all four of those [college] programs focus on development and he’ll get the green light, ” Zenon said. “And then if he ends up going the G League route, it’s just strictly basketball, like that’s your job now. That’s all he’ll have to worry about and focus on. So in terms of his development, all five are good situations for him. “I just also would want him to thoroughly do his homework as to what he would be doing with the G League team with positioning and all that type of stuff. But for him to focus on player development, I think all five are good situations for him.” This post has been updated. Follow Adam Zagoria on Twitter Follow ZAGSBLOGHoops on Instagram And Like ZAGS on Facebook