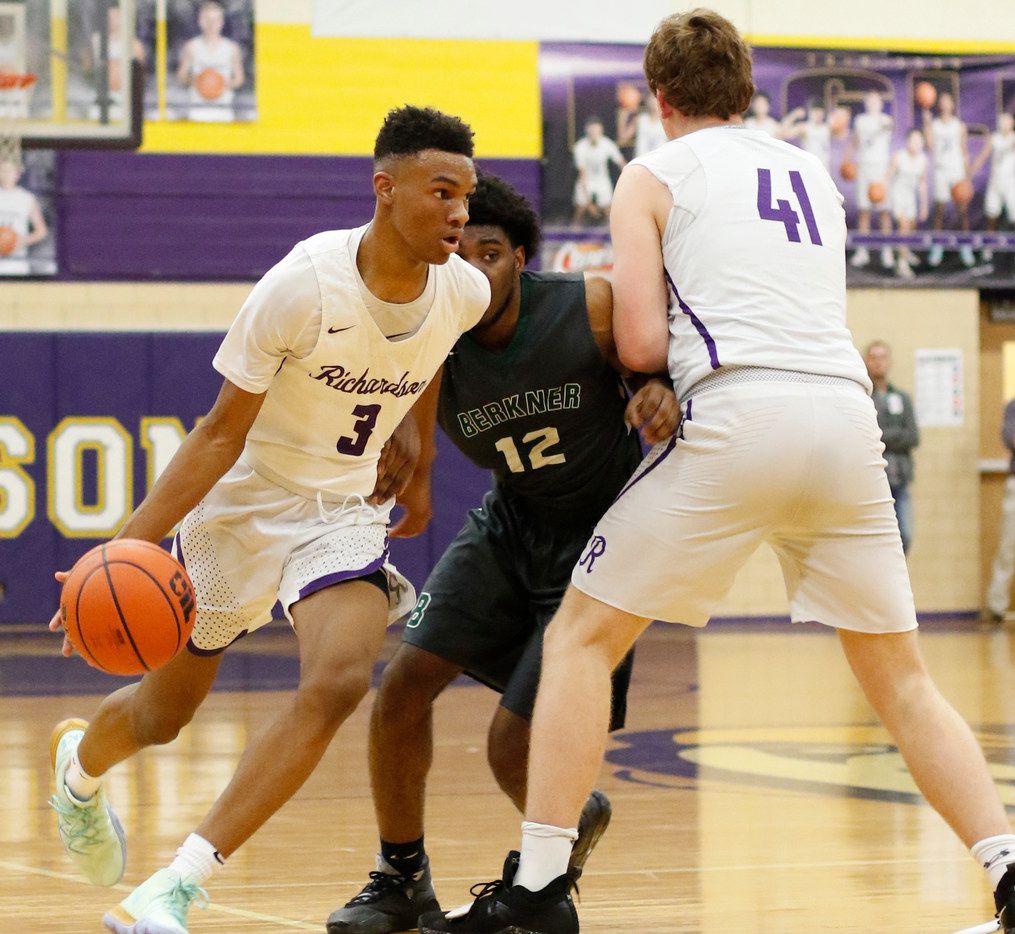 By JACOB POLACHECK After picking up an offer from Auburn on Tuesday, Class of 2022 shooting guard Rylan Griffen added Auburn to the list of schools recruiting him the hardest. “I know that they play fast,” Griffen told ZAGSBLOG Wednesday by phone. “They went to the Final Four a couple years ago and beat Kentucky in the Elite 8. They have a lot of good guards.” Griffen, the 6-foot-5, 180-pound shooting guard from Richardson (TX) and the Drive Nation (TX) AAU Program, picked up the Auburn offer after coaches live-streamed his games over the weekend at The Circuit League. “They said they watched my game on film and they like me and the way I play,” Griffen said. This was the first event Griffen has played in this summer as numerous AAU events have been canceled or postponed due to the COVID-19 pandemic. “We were all somewhat rusty. We had been practicing and stuff for over a month,” he said. “It was fun. I enjoyed it. I’m glad that we played and I hope that we can play again this season.” In addition to Auburn, Griffen said that Kansas, Oklahoma, Baylor and Kansas State have been in contact the most. He broke down each school: Kansas: “The history. They told me if I can shoot, I’ll be on the court a long time. They’re really cool and they like the way I can score. They’re cool, I like them. I like coach [Bill] Self. He’s a real cool guy.” Oklahoma: “They want me to come in and score like Buddy Hield or Trae Young and take Oklahoma deep into the tournament.   Baylor: “They just like the way that I can play both ends and that I have the potential to create on both ends. That’s what they like the most about me. Kansas State: “They want me to fill my cousin [Thomas Gipson’s] shoes. They want me to go over there and fill his shoes over there.” Griffen says he’s been staying in touch with his cousin throughout the recruitment process. “He said they will like me, they will love me and they will be happy that I’m there,” Griffen said. “He said the coaches call him and try and get me to go there.” Griffen also holds offers from Texas Tech, Texas, Oklahoma State, DePaul, SMU, TCU, Arizona and Texas A&M, among others. He has also been receiving interest from Illinois, Duke, Florida State and Purdue. Griffen says that fit is the main factor he’s taking into consideration when evaluating these schools. “There are some big man schools and some guard heavy schools, so whichever one is mainly a fit for my game,” he said. “Somewhere that I can be my best and play my game.” In terms of his game, Griffen says he doesn’t ‘want to be a point guard’, but has been working on his point guard skills nonetheless. “I’m working on my skills in case my team needs me to run it,” he said. “I like to score, get to the paint, shoot pull-ups, but when teams cut me off I like to dish to the big man. It’s fun.” According to 247Sports.com, Griffen is ranked as the No. 24 small forward and No. 76 overall player in the Class of 2022. Photo: Steve Hamm Follow Jacob on Twitter Follow Adam Zagoria on Twitter Follow ZAGSBLOGHoops on Instagram And Like ZAGS on Facebook