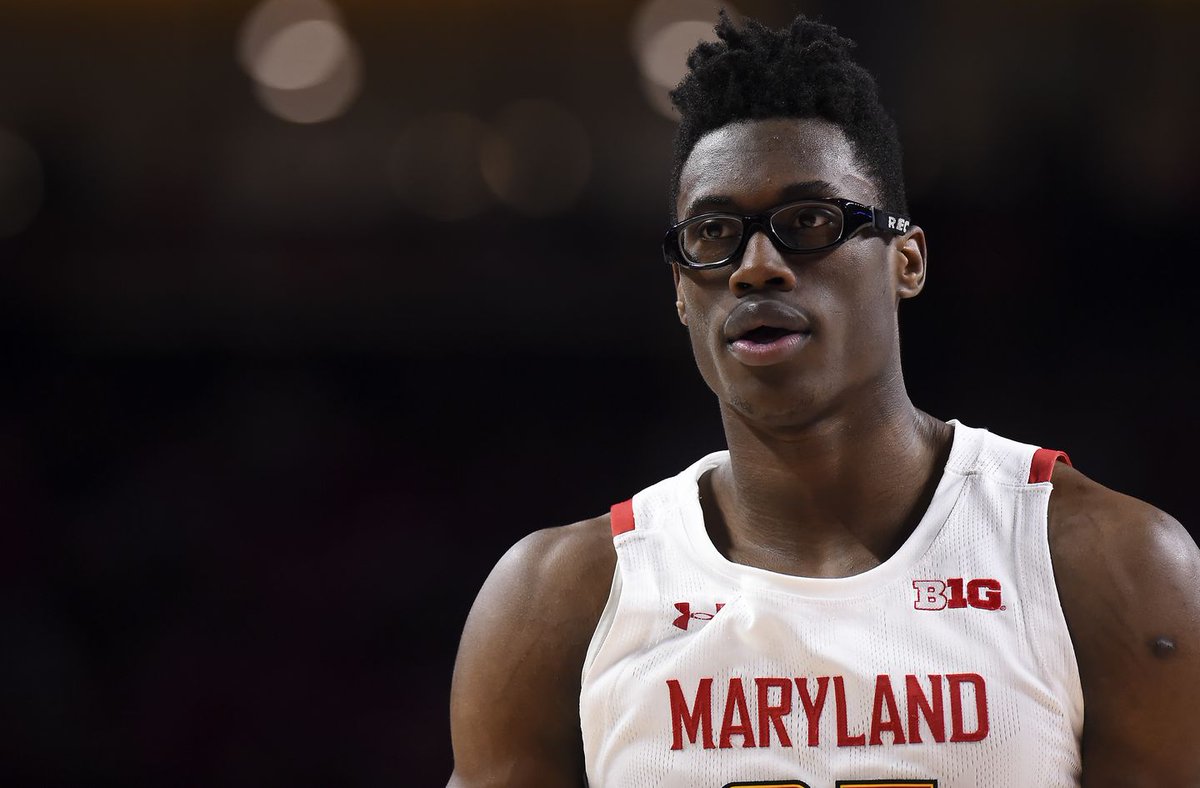 By ADAM ZAGORIA Maryland sophomore forward Jalen Smith has declared for the NBA Draft, he announced Tuesday. The 6-foot-10 Smith averaged 15.5 points and 10.5 rebounds this past season for the Terps. He is ranked the 30th best player available, according to ESPN.com.

“After consultation with my family and coaches, I am thankful and grateful to announce that the time is right for me to move forward to the next phase in my basketball career and declare for the 2020 NBA Draft,” said Smith. “I am thankful to the coaches and staff at the University of Maryland who afforded me the opportunity to stay home to receive an education and play basketball at the college of my dreams. I’m also thankful to my brothers who donned the Terrapin uniform with me at XFINITY Center and to the best fans in all of college sports, Terp Nation.”

“I am thrilled for Jalen and his family for making such an important and exciting decision,” said head coach Mark Turgeon. “From the minute we started recruiting Jalen, we knew the kind of quality player and person we would be getting and he lived up to it in every way. As incredible of a player Jalen is on the court, he is that and more as an individual off the court. We will miss him in College Park. I cannot wait to watch Jalen at the next level and I wish him and his family nothing but the best on their journey.”

A 2020 First Team All-Big Ten and All-Defensive Team selection, Smith was the only player in the country to record 60 blocks and 30 3-pointers. He was first in the Big Ten and ranked third nationally with 21 double-doubles while leading Maryland to the Big Ten Championship.

Smith is looking to become the sixth player drafted by the NBA in the last five seasons for the Terrapins. Bruno Fernando was drafted last year 34th overall by Atlanta. Smith would be the 61st player drafted to the NBA in Maryland history. (Maryland release contributed) Follow Adam Zagoria on Twitter And Like ZAGS on Facebook

Duke's Cassius Stanley declares for NBA Draft, will be represented by his father