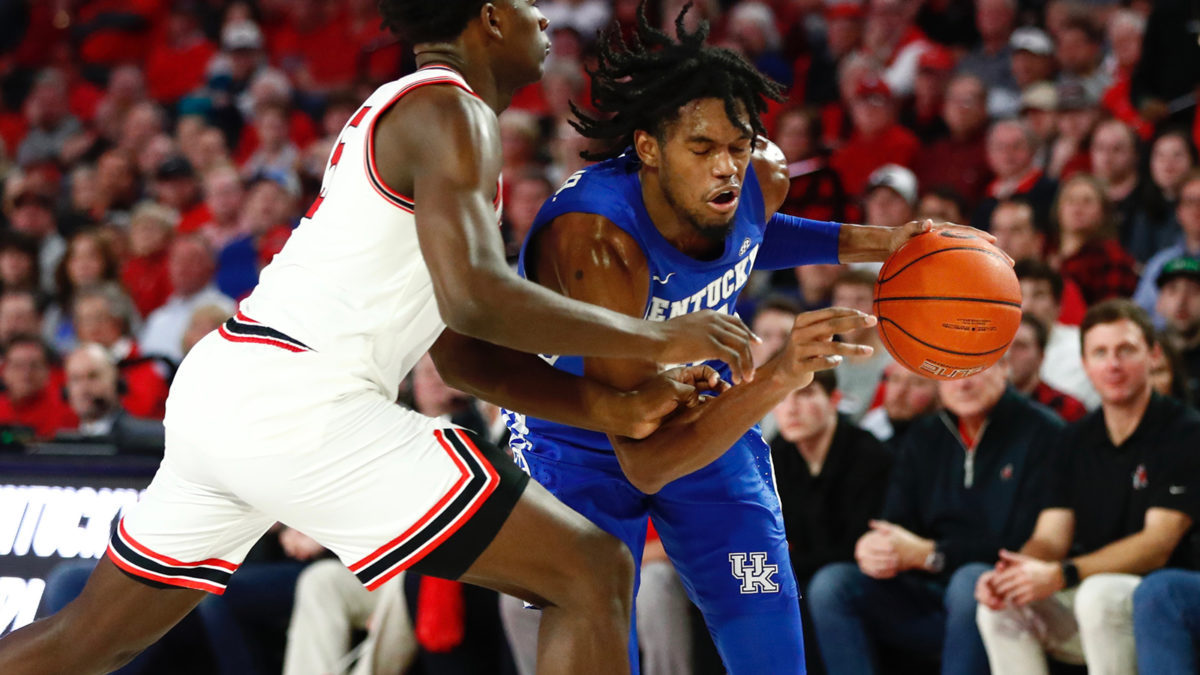 By JACOB POLACHECK Kentucky freshman Keion Brooks Jr. will return to Kentucky for his sophomore year, his father Keion Brooks Sr. told CatsPause.com Monday. “We’re still in the process of getting feedback but we know what we’re going to do as far as coming back,” Brooks said. “That’s more for how to get better and improve on what they’re looking for as far as the next level.” As a freshman during the 2019-20 season, Brooks averaged 4.5 points, 3.2 rebounds, 0.2 assists, 0.4 blocks and 0.4 steals per game in 31 games played. Brooks averaged 15.1 minutes per game, starting in six games. “They’ll see a better version of him,” Brooks Sr. said on what fans can expect from Brooks Jr. next season. “More of what guys in high school saw him do. He’ll be more confident. He’s still going to work hard and fight and be that motor guy all the time and he’ll be a kid that wants to win, wants to be there and definitely wants to get better. A better version that we are able to depend on as far as leadership.” Kentucky coach John Calipari said he’s excited to see what Brooks does as a sophomore, when he’ll also be competing with incoming wings B.J. Boston and Terrence Clarke. Among Brooks’ fellow classmates, Johnny Juzang is transferring while Kahlil Whitney left Kentucky in the middle of the season and has yet to announce his future plans. “Keion improved as much as anyone on our team,” Calipari said. “This season was great for him. He learned about himself, he learned about the game and he learned about what it takes to be special. And let me say this: I truly believe Keion Brooks is going to be special. “Keion is one of the greatest kids we’ve had. He’s got a caring heart, but on that court he has a competitive spirit with skills, length and athleticism that set him apart. He can play multiple positions on offense and defense because of that length and athleticism. “I’m so excited to get another year to watch his growth and to be with him throughout the season.” This post has been updated. Photo: UK Athletics Follow Jacob on Twitter Follow Adam Zagoria on Twitter And Like ZAGS on Facebook