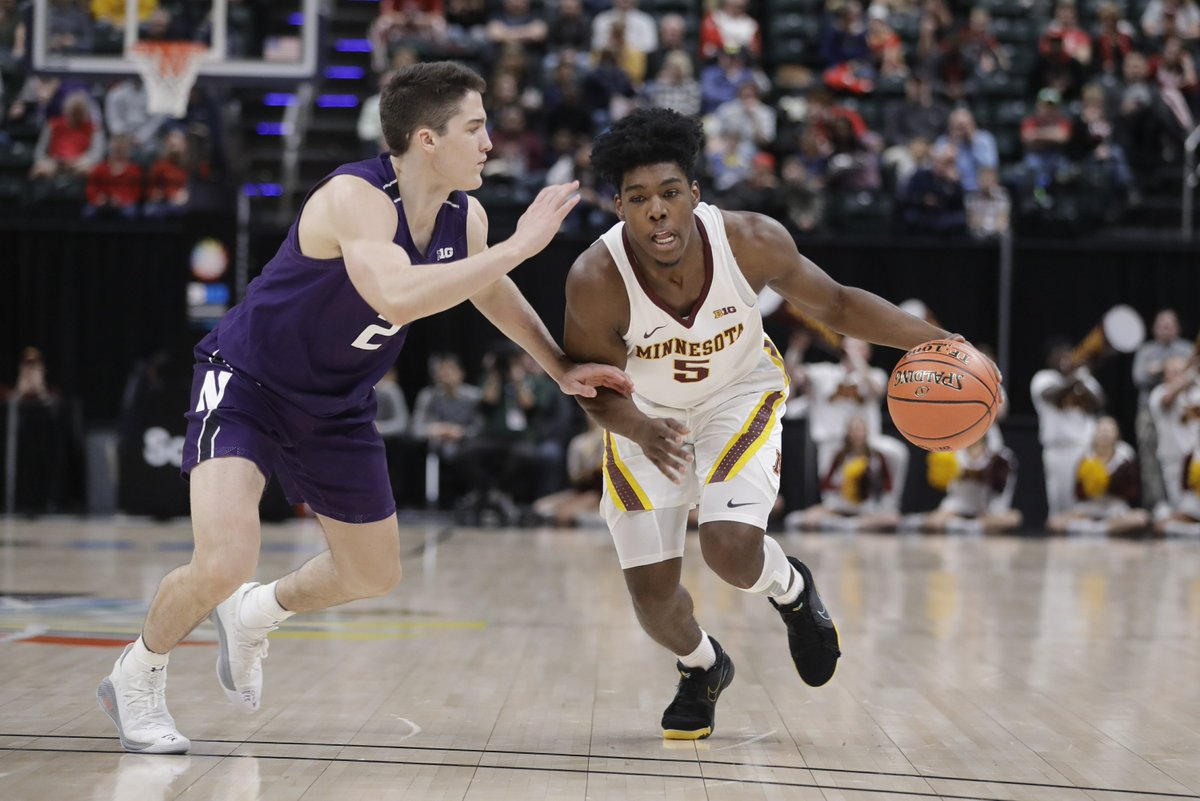 Minnesota sophomore guard Marcus Carr is testing the NBA Draft waters, he said on Monday night in a post on his Instagram account. Carr intends to keep his name in the draft, and will not sign with an agent in order to maintain his college eligibility. Carr’s teammate, sophomore center, Daniel Oturu, announced last week he was entering the draft.

“I am looking forward to receiving valuable information, going through whatever process this unique draft year does include, and ultimately making the best decision for myself and my family,” Carr said. Carr averaged 15.4 points, 6.7 assists, 5.3 rebounds and 36.8 minutes for the Gophers after transferring from Pitt. Oturu and Carr combined to account for half of the team’s scoring in 2019-20. The AP contributed. Follow Adam Zagoria on Twitter And Like ZAGS on Facebook