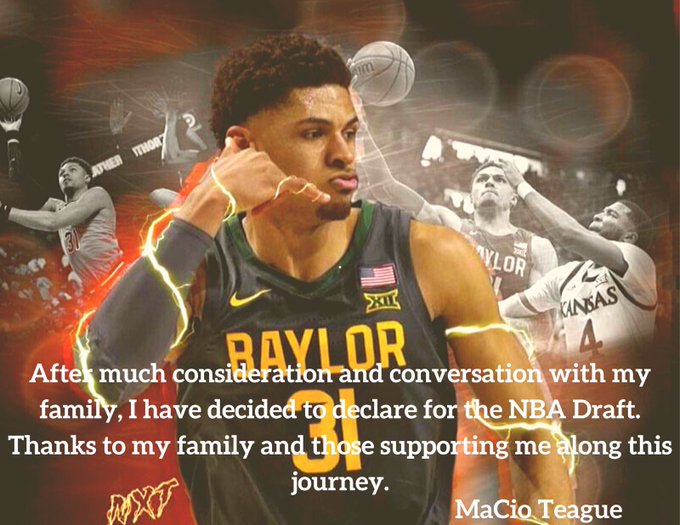 By JACOB POLACHECK Baylor guard MaCio Teague announced his intentions to enter the NBA Draft on Monday. “After much consideration and conversation with my family, I have decided to declare for the NBA Draft,” Teague said via Twitter. “Thanks to my family and those supporting me along this journey.” “In my decision to declare for The NBA Draft, I am keeping all options open,” Teague said. Teague has one year of college eligibility remaining. Teague spent his first two seasons at UNC Asheville, scoring 15.4 points per game as a freshman and 16.7 points per contest as a sophomore. He then elected to transfer to Baylor and sat out the 2018-19 season. This past season with Baylor, Teague averaged 13.9 points, starting in 28 games. He also added 4.6 rebounds, 1.9 assists and 1.0 steal per game. Follow Jacob on Twitter Follow Adam Zagoria on Twitter And Like ZAGS on Facebook