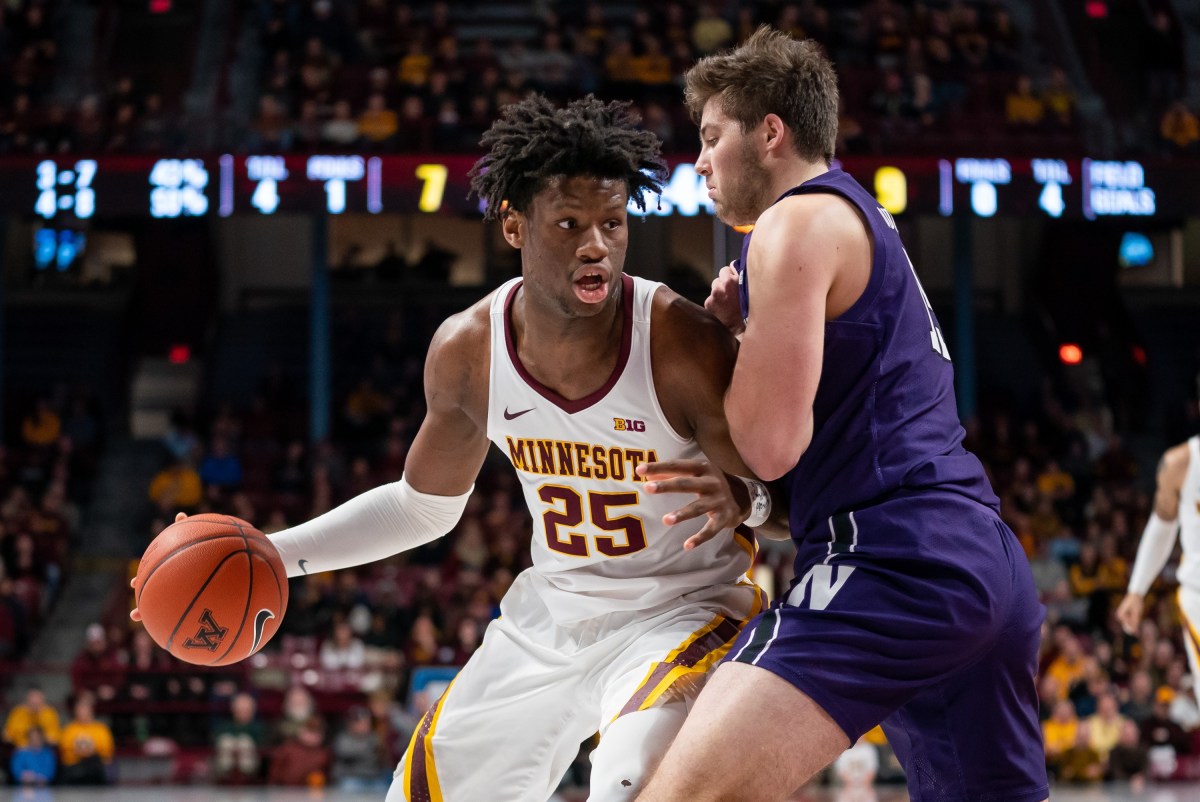 By JACOB POLACHECK Minnesota sophomore big man Daniel Oturu is declaring for the NBA Draft with the intentions of staying in it, he told 247Sports Monday. “I decided to enter this year’s 2020 NBA Draft basically because I felt like this is the right time for me especially with how my season went,” Oturu said. “Basically I felt like this is the best option to go for it.” “I’m putting all my eggs in the basket for sure,” the 6-foot-10, 240-pound post prospect added. As a freshman in 2018-19, Oturu averaged 10.8 points and 7.0 rebounds. This past season as a sophomore, Oturu averaged 20.1 points and 11.3 rebounds a game. He finished No. 8 in the country in rebounds and made more than 56 percent of his field goal attempts. He received first-team All-Big 10 defensive team and second-team All-Big 10 honors. “I for sure think I’m a first round talent,” Oturu said. “That’s pretty much where I see myself. That may be lottery, it may be middle of the first round, it may be late but I see myself as a first round pick and I’m willing to continue to work towards that goal. Oturu is currently ranked as the No. 37 overall prospect in the 2020 Draft on ESPN’s Big Board. Follow Jacob on Twitter Follow Adam Zagoria on Twitter And Like ZAGS on Facebook