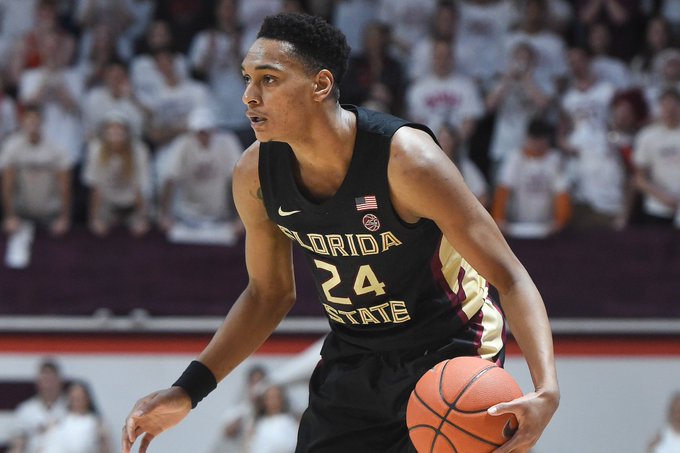 By JACOB POLACHECK Florida State guard Devin Vassell declared his eligibility for the 2020 NBA Draft on Monday, via Twitter. “What an incredible two years, Nole Family,” he wrote. “It is with a heart full of gratitude that I am entering my name in the 2020 NBA Draft. I’ll never forget the amazing ride of these last two years, and I’m excited to see what the future holds.” Vassell is currently ranked as the No. 19 overall prospect in the 2020 Draft on ESPN’s Big Board. As a freshman during the 2018-19 season, Vassell averaged 4.5 points, 1.5 rebounds and 0.6 assists per game in 33 games played. This past season, Vassell led the Seminoles in scoring and rebounding with 12.7 points and 5.1 rebounds per game. He also averaged 1.6 assists, 1.0 block and 1.4 steals per game in 30 games played. Vassell was a key contributor in FSU’s first-ever ACC regular season championship this past season. Follow Jacob on Twitter Follow Adam Zagoria on Twitter And Like ZAGS on Facebook