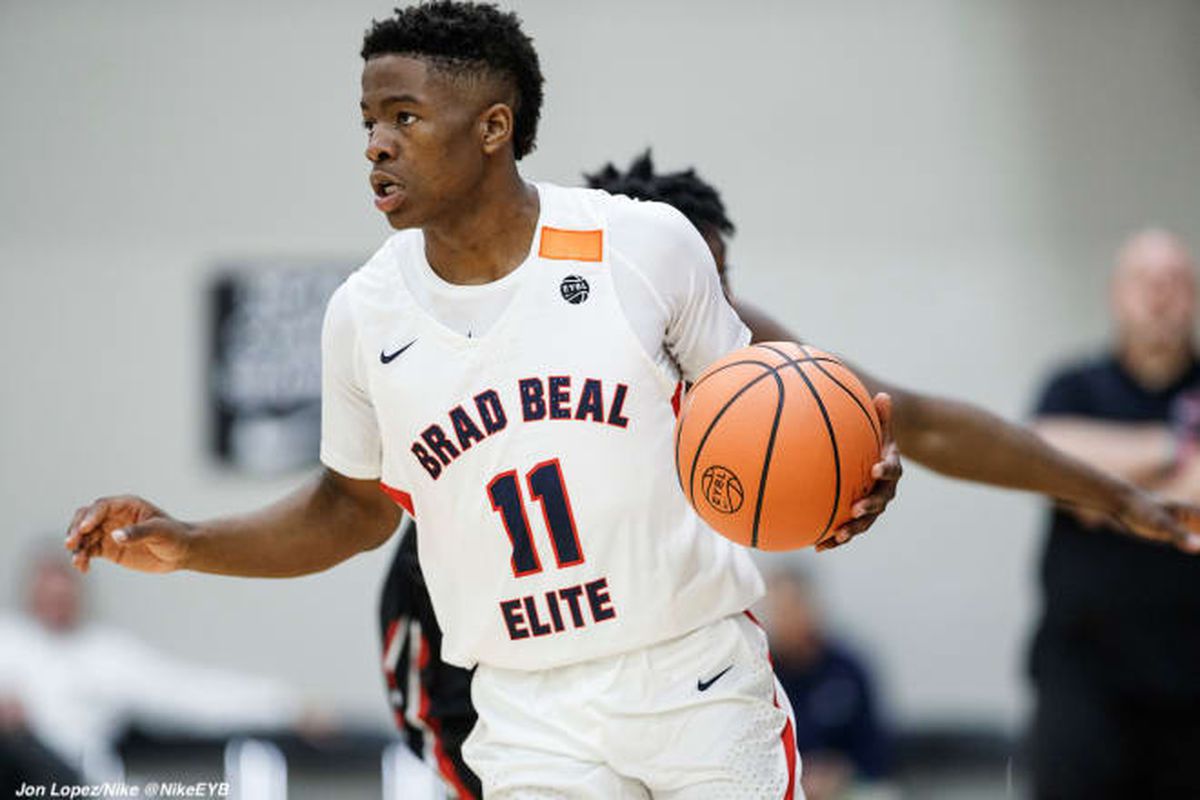 By ADAM ZAGORIA Zion Harmon, the 5-foot-11 point guard from Marshall County High School (KY), is considering five schools and four of them could make deep runs in the NCAA Tournament. Kansas is a projected No. 1 seed, Seton Hall and Maryland are projected 2 seeds and Louisville is a 3, according to ESPN’s Joe Lunardi. Western Kentucky, his fifth option, is a mid-major that will have to win the Conference-USA Tournament to go dancing. Harmon and his family plan to watch as many games involving his top choices during March as possible as part of their decision-making process. Harmon is in the Class of 2021 but has the option of reclassifying to 2020. He will announce his plans March 24, his father Mike confirmed. “Every time I ask him he says, ‘I’m going to announce on the 24th,'” Mike Harmon said by phone Tuesday. “We’ve talked about all of them. Honestly, it would be a tough decision for me. I’m glad he has to do this and not me.” The elder Harmon said the family planned to tune in to March Madness to see where Zion might fit best. “We’re watching everything,” he said. “We’re watching everything, watching the coaches coach, from what we learned of them as well as watching them throughout the tournament….All of them are Top 10 schools.” Harmon has visited all five schools, most recently tripping to Kansas Feb. 2. Kansas has prioritized Harmon for whenever he is ready to attend college, although they expect to lose sophomore Devon Dotson, a National Player of the Year candidate, to the NBA Draft this year. “Kansas was a little more open about him coming 2020 or 2021, they left the door open either way,” Mike said. “They know that they’re going to lose the point guard. But they also got a 2020 kid coming in. If he wants to come 2020 but they would love to have him.” Kansas has two guard committed for 2020 in point guard Lattrell Josell and two guard Bryce Thompson. Harmon tripped to Seton Hall the weekend of Jan. 10. Pirates coach Kevin Willard would love to have Harmon reclass and come in and run the point after Myles Powell and Quincy McKnight graduate. Seton Hall will still return a strong core with Sandro Mamukelashvili, Jared Rhoden, Anthony Nelson, Tyrese Samuel and Ike Obiagu plus their incoming recruits.

“We understand that Seton Hall definitely needs a guard this coming year,” Mike Harmon said. “We understand that so we feel that kind of pressure as well, knowing that it’s a great spot with everything that he wants to do, the media, and everything there as well as coach Willard. Willard works so hard. He does an unbelievable job, the team just gets better and better. They’re going to be really tournament tough.” He added: “He told me he gets the most love from Seton Hall, all their fans and everything. And we felt that love when we were there. And I loved it.” Harmon visited Maryland and Louisville in November. Maryland just added a 2020 guard in Aquan Smart, and Mike said he still needed to touch base with coach Mark Turgeon about their level of interest. “Turg has told us that he would take him 2020 or 2021,” he said. “Really wanted him 2020 but that he would take him either one.” As for Louisville, Mike said head coach Chris Mack “has been trying to contact me. I’ve been working. They’ve been trying to contact me over the last couple of days, but at the end of the day it’s Zion’s choice.” It’s possible that several of the teams Harmon is considering could make a deep run in March — possibly to the Final Four. That would be “crazy,” Mike said. Follow Adam Zagoria on Twitter And Like ZAGS on Facebook