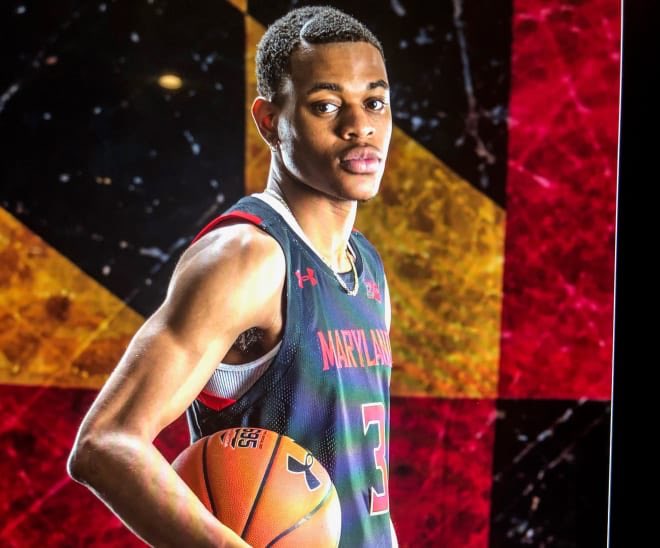 By JACOB POLACHECK Aquan Smart, the 6-foot-3 combo guard from Niles North (IL), announced his commitment to Maryland on Sunday, via Twitter. He took an official visit to Maryland earlier this month (Feb. 17-18) and received an offer shortly thereafter. “I picked Maryland because of the players, coaches and the way Coach [Mark] Turgeon prioritized me,” Smart told Rivals about his decision. “They need a point guard and they play the style I like to play. I know that it is going to be hard replacing someone so great as Anthony Cowan but they have faith in me to do it.” Smart was formerly committed to ETSU, but de-committed in the fall. He chose Maryland over schools such as Chicago State, East Tennessee State, FIU, Illinois State, Illinois-Chicago, New Mexico, TCU, UAB and UW-Milwaukee, among others He joins Marcus Dockery as the second commit in Maryland’s 2020 class. Follow Jacob on Twitter Follow Adam Zagoria on Twitter And Like ZAGS on Facebook