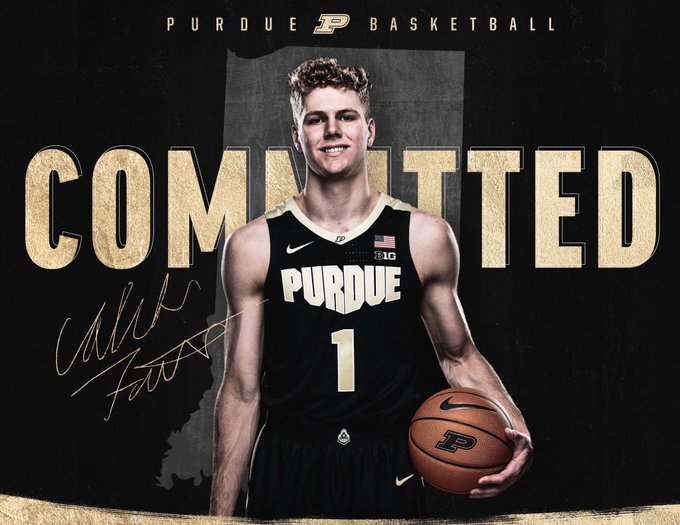 By JACOB POLACHECK Caleb Furst, the 6-foot-8 power forward from Blackhawk Christian School (IN), announced his commitment to Purdue on Monday, via Twitter.  Furst is the first commit in the Boilermakers’ 2021 class. He chose Purdue over schools such as Michigan State, Virginia, Butler, California, Indiana, Iowa, Louisville, Marquette, Maryland, Northwestern, Notre Dame, Ohio State and Stanford, among others. “I just really loved Purdue from the start,” Furst told 247Sports Monday. “The coaches did a great job of recruiting me. Coach [Matt] Painter was the first coach on me, and he stayed strong the entire time. Also, the family atmosphere and the fans were great. Purdue has great fans, and I can’t wait to play in front of them.” Furst has taken several unofficial visits Purdue games this season. According to 247Sports, Furst is ranked as the No. 31 overall player in the Class of 2021 and the No. 7 ranked power forward.  Follow Jacob on Twitter Follow Adam Zagoria on Twitter And Like ZAGS on Facebook