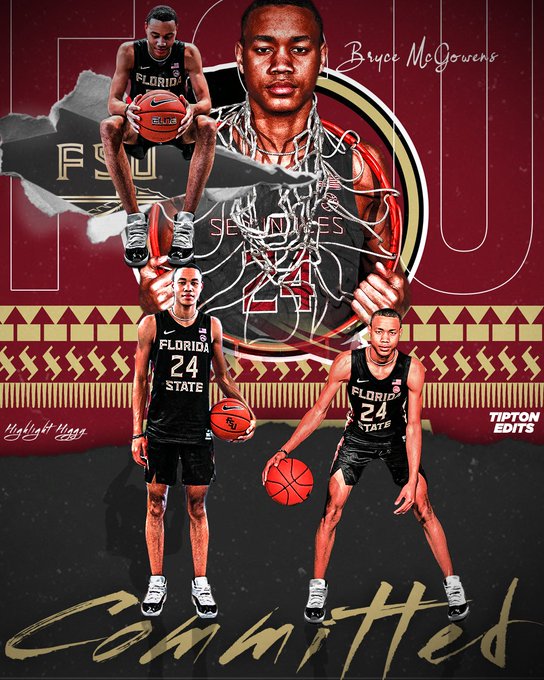 By JACOB POLACHECK Bryce McGowens, the 6-foot-5 shooting guard from Wren (SC), announced his commitment to Florida State on Saturday, via Twitter. McGowens chose Florida State over schools such as Clemson, Pittsburgh, Florida, Georgia and Georgia Tech, among others. He is the younger brother of current Pittsburgh guard Trey McGowens. He officially visited FSU last month (Jan. 25). According to 247Sports, McGowens is ranked as the No. 48 overall player in the Class of 2021 and the No. 1 player from the state of South Carolina. Follow Jacob on Twitter Follow Adam Zagoria on Twitter And Like ZAGS on Facebook