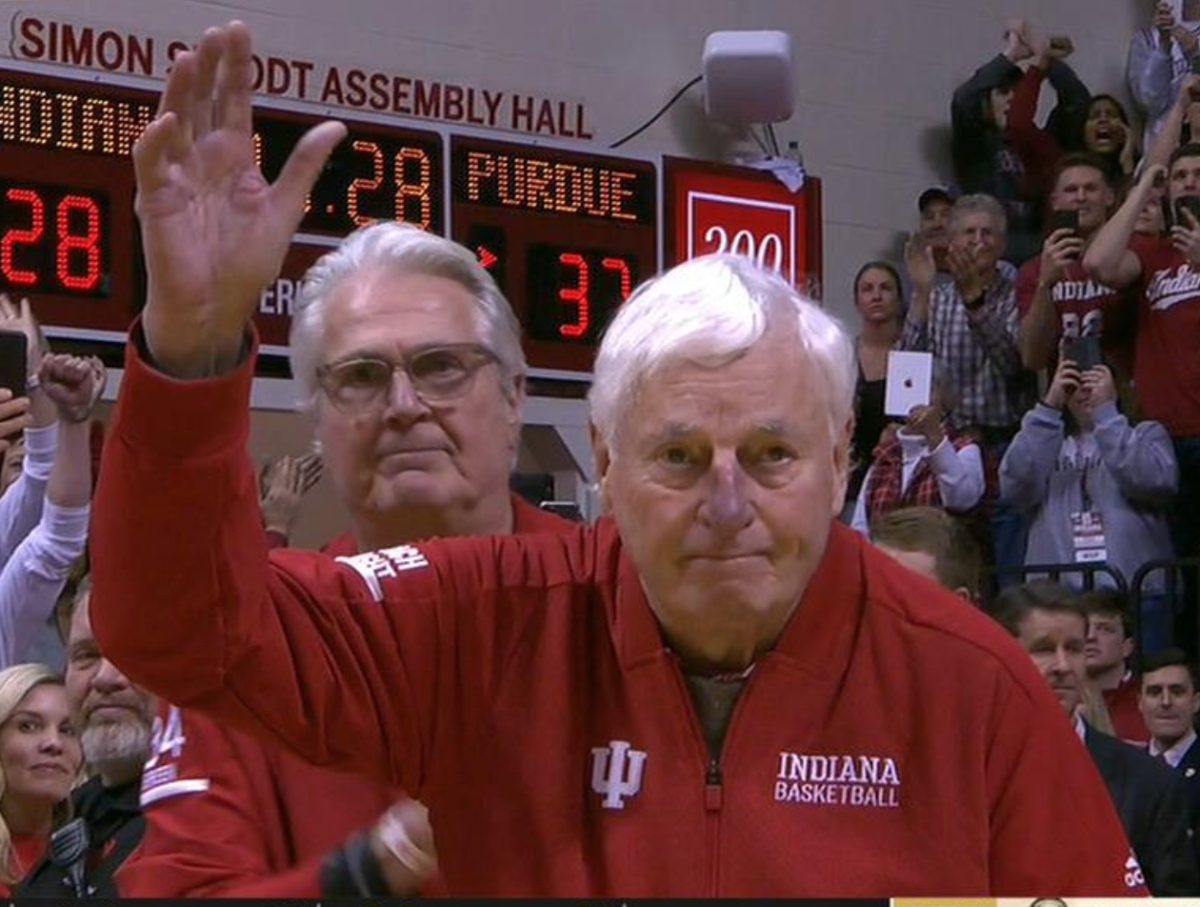 By: JAMES SZUBA For the first time in nearly 20 years, Bob Knight made his return to Indiana on Saturday for IU’s game against Purdue. In front of a packed crowd that included the likes of former Purdue head coach Gene Keady and Mavericks owner Mark Cuban, Knight was greeted to a standing ovation at Assembly Hall. An emotional Knight was brought out to center court during halftime and reunited with his former IU players. After a warm welcome, Knight, 79, walked over toward the crowd and began a “defense” chant. Knight was fired by Indiana in the fall of 2000 when a student accused Knight of grabbing him in the hallway of Assembly Hall. The firing occurred after he was previously investigated for choking the late Neil Reid, a former Indiana player. Knight won over 600 games at Indiana and three National Championships in 1976, 1981 and 1987.

What is he yelling? pic.twitter.com/dkJQJEnFsO