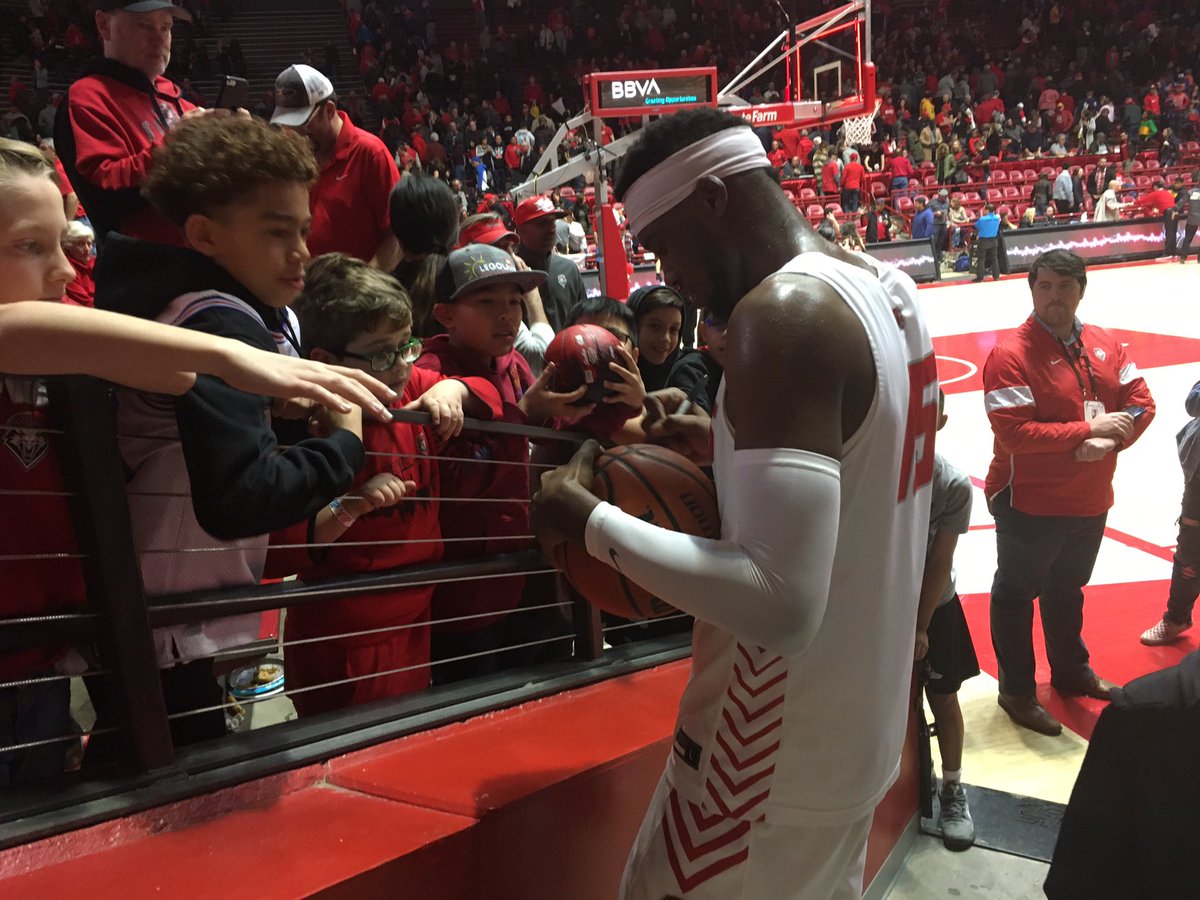 By ADAM ZAGORIA Carlton Bragg Jr. appears to have run out of opportunities. The 6-foot-10 redshirt senior forward was removed from the New Mexico roster by head coach Dr. Paul Weir after an arrest Sunday for aggravated DWI and marijuana possession. The 24-year-old Cleveland native was averaging 12.6 points and 10.3 rebounds for the Lobos (15-3). He tallied 11 points and seven rebounds Saturday night in the Lobos’ 84-78 victory over Air Force. “Based on what I know at this time, I will be removing him from the team,” Weir told the Albuquerque Journal. “My hope is that he can find increased time and attention to heed to his personal well being. My sole purpose going forward is to support Carlton in his health and growth as a young man. The game of life is much more important than basketball right now. I still believe in him and hope this next step will allow him to develop into a strong, responsible young adult while also completing his degree here at UNM. I am rooting that this next chapter is his best one yet.” The paper reported Bragg was arrested at a sobriety checkpoint while driving a white BMW at 1:21 a.m. Sunday.

New Mexico is the third stop for Bragg after the once-heralded recruit began his career at Kansas and then transferred to Arizona State. Bragg transferred to Arizona State from Kansas in May 2017 and would have had to sit out the season, per NCAA rules. He was kicked off the team for an unspecified violation of team rules and left Arizona State in January 2018 before playing for the Sun Devils. He then resurfaced at New Mexico where Weir assembled a roster of second- and third-chance guys. Bragg and J.J. Caldwell, a 6-1 junior point guard who started his college career at Texas A&M, were both suspended indefinitely before the Dec. 22 game against Houston Baptist. The University did not say why. The Journal reported Caldwell also has not been charged, but he has been accused of misdemeanor battery against a household member for an alleged Dec. 14 incident in his apartment near the school’s arena. Photo: Brandon Ortega Follow Adam Zagoria on Twitter And Like ZAGS on Facebook