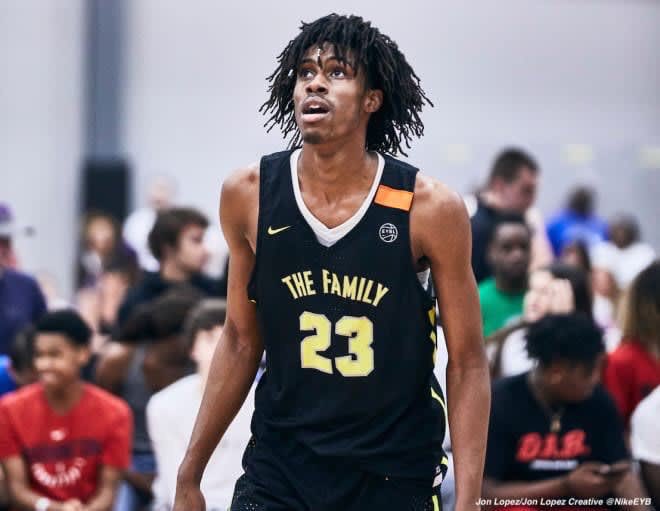 By ADAM ZAGORIA Isaiah Jackson, the 6-foot-9 forward from Waterford Mott (MI) and The Family Detroit AAU, will announce on Nov. 16.

The No. 3-ranked power forward in the Class of 2020 per 247Sports.com, Jackson is down to Alabama, Kentucky and Syracuse. He is coming off an official visit to Alabama last weekend after previously visiting both Kentucky and Syracuse. “It went pretty good, better than expected,” Wesley Jackson said. “It kind of shocked us and the program is in better shape than what I imagined. “It wasn’t a total shock but to see how well their program is put together and the resources they have at their disposal. They are a very put-together program. With Coach [Nate] Oats coming there, it just solidifies their resources that they already had available for their program. It just kind of put it all together.

“Their message to us was that they want Isaiah to come there and be their premier player. They just emphasized that they have nobody there like Isaiah. They have a lot of good players, role players and players that they would use to complement Isaiah.” Meantime, Wesley Jackson said he remains in touch with the Kentucky and Syracuse staffs. “Me and Kenny [Payne] texted at the beginning of the week,” he said. “Me and coach [Jim] Boeheim and coach [Red] Autry we talked [Wednesday] as a matter of fact. So we’re still in touch with all of them. We normally talk at least once, sometimes twice a week.” This year on the EYBL circuit, Jackson averaged 10.9 points, 6 rebounds, and 2.3 blocks. Follow Adam Zagoria on Twitter And like ZAGS on Facebook