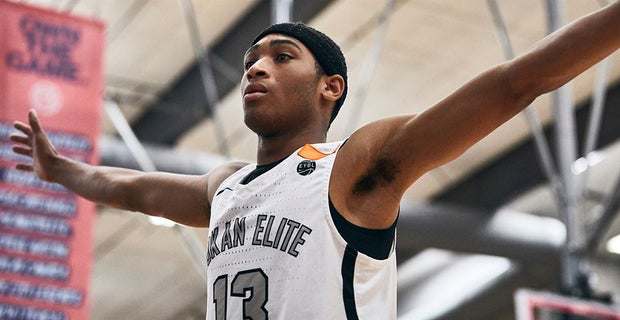 By RYAN McMULLEN Dajuan Harris, the 6-foot-2 point guard from Rock Bridge (MO), announced his commitment to Kansas on Tuesday night. Prior to his Kansas pledge, he was initially committed to Missouri State. Harris picked the Jayhawks over Missouri State, Tulsa, Texas, and Missouri. According to 247Sports, Harris is a four-star prospect, ranked No. 101 nationally, and is the No. 1 player from Missouri. Harris plans to reclassify and join KU’s 2019 class. He will join forces with four-stars Jalen Wilson and Tristian Enaruna, along with three-star Christian Braun. Follow Ryan on Twitter Follow Adam Zagoria on Twitter And like ZAGS on Facebook

Cam'Ron Fletcher Down to Five