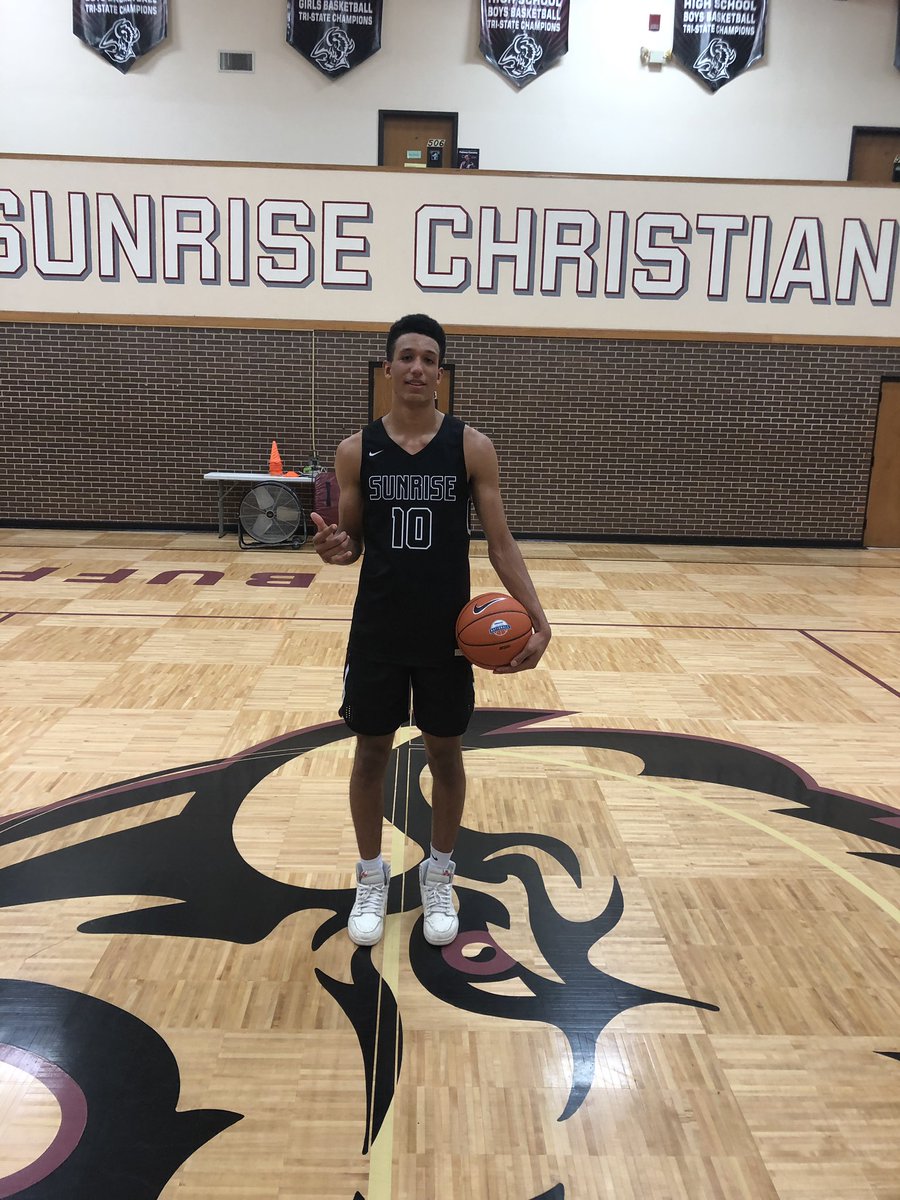 By JACOB POLACHECK Kendall Brown, the 6-foot-7 small forward from Sunrise Christian (KS) Academy, picked up an offer from Kansas on Wednesday, he announced via Twitter. He broke down his thoughts on Kansas for ZAGSBLOG: “They say that I’m a very versatile player with my size and ball handling skills and that I can be an elite defender with my length,” said Brown. “They’ve said that they really like my defense and I can make a living off of it.” Kansas picked up a commitment from 2019 guard Dajuan Harris on Tuesday. According to 247Sports, the Jayhawks have the No. 15 ranked recruiting class in 2019. “I’ve liked the recent signings and all the players they’ve brought through there,” said Brown on Kansas. “They’ve developed a lot of players to go to the league. I like the gym and the school. I went there for a tournament back in elementary school and just fell in love with it ever since.” On Tuesday, Brown announced that he will be transferring from East Ridge (MN) to Sunrise Christian Academy in Wichita, Kansas. “I decided to transfer because my ultimate goal is to get to the NBA,” he said. “I felt like Sunrise Christian was the best spot and opportunity to get me ready for college and eventually make the NBA.” In addition to Kansas, Brown also holds offers from schools such as California, Baylor, Maryland, Nebraska, Iowa, Iowa State, Minnesota and Creighton, among others. “I don’t have any frontrunners in my recruitment right now,” said Brown. It’s 100% open.” Brown says he wants to wait until after the last live period this summer before scheduling visits. However, he said he “for sure” wants to take visits to Kansas and Maryland. “I just like the relationship with the coaches at Maryland,” said Brown. They said that they’d let me play free, which is a style that I like. They want to have a big guard take position.” Brown broke down his deciding factors when deciding where to commit. “The biggest factors are the relationship with the coaches, style of play, if I can play right away and the campus,” he said. “Those will all factor into my decision.” Playing on the adidas circuit with Team Minnesota, Brown will head to Ladera Ranch, CA this week to compete for the adidas Gauntlet finale. “Our goal is definitely to win it,” said Brown. “Playing with Team Minnesota, we’re one of the top teams in the nation. That’s been a goal throughout the whole year, to win the Gauntlet finale. We’re almost there.” According to 247Sports, Brown is ranked as the No. 23 overall player in the Class of 2021 and the No. 8 ranked small forward. Follow Jacob on Twitter Follow Adam Zagoria on Twitter And Like ZAGS on Facebook