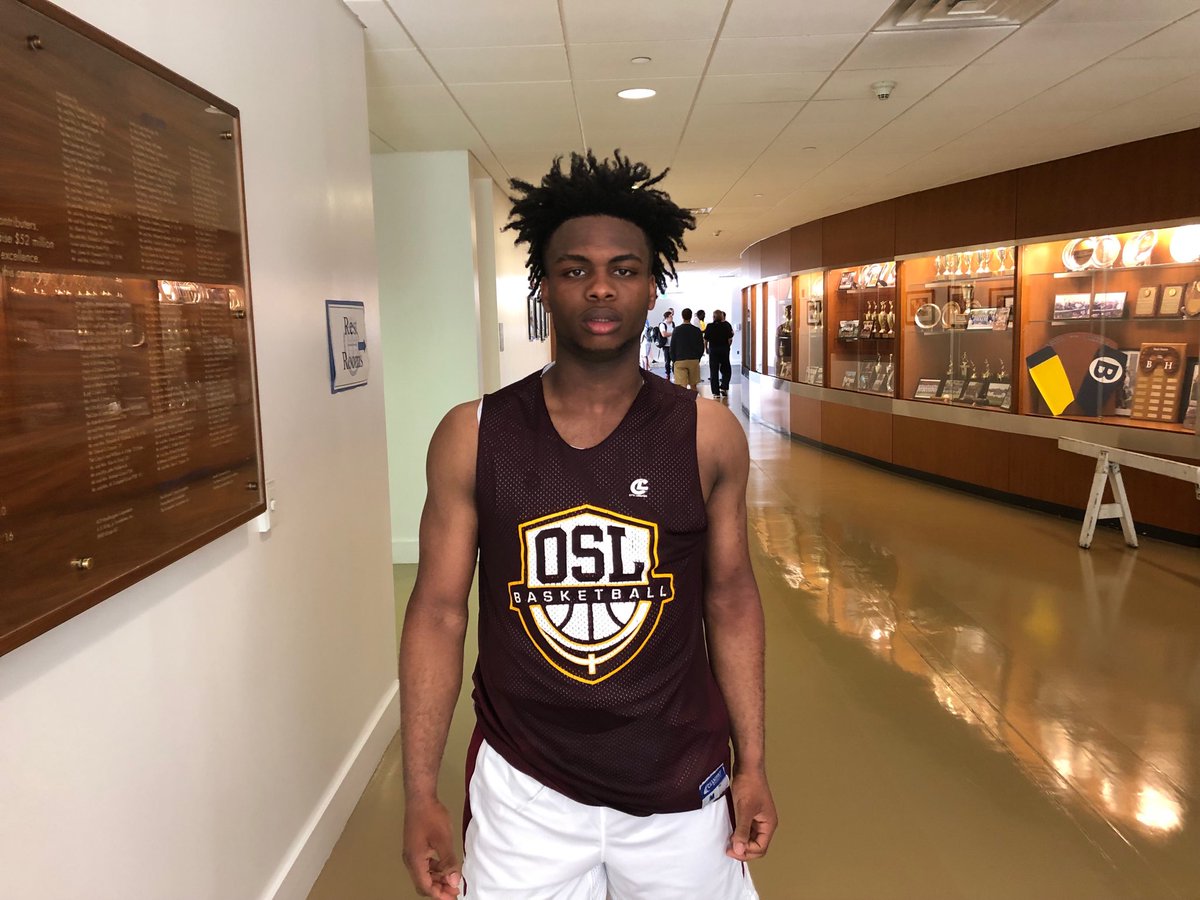 By ADAM ZAGORIA BLAIRSTOWN, N.J. — After missing his junior season due to a broken arm, Posh Alexander is back on the basketball court. And his recruitment is heating up heading into his senior year. Seton Hall head coach Kevin Willard and assistant Duane Woodward, Notre Dame coach Mike Brey and assistant Ryan Ayers, Virginia coach Tony Bennett, St. John’s assistant Van Macon, Illinois assistant Orlando Antigua and Dayton Ricardo Greer were among those on hand this weekend to watch Alexander and Our Saviour Lutheran at the Mid-Atlantic Independent Schools Shootout at Blair Academy. “It actually feels wild,” the 5-foot-11, 195-pound Alexander said Saturday. “It’s been a long time because I was hurt. I didn’t play with my teammates in front of coaches. I was playing AAU in front of coaches. It feels much playing with my teammates. There’s chemistry. There’s a lot of us who playing on the same Lightning team. I just came out here to .”

The highly explosive Alexander got injured in just the third game of the season while playing against Prolific Prep on The Grind Session. “I went up for a layup and a kid had hit me out the air,” he said. “And I come down, landed on my arm and it brokeI missed the whole season and I was out for like three months.” Now he’s back, having played in several events, including the Nike EYBL stop in Dallas with the Lightning. Alexander still needs to shed more weight after putting it on during the time he missed. “I look kind of big,” he said. I’m in the gym every day to lose weight. It’s going to be a process to lose weight and get back to how I used to play and just keep winning.” Coaches are still fascinated by Alexander’s upside. Seton Hall’s Willard is very high on Alexander, who played with current Seton Hall wing Jared Rhoden in high school. “They basically want me to come to their school and win a Big East championship and just come their ball,” Alexander said. “I’m feeling everybody that’s recruiting me,” he added. “I just want to go where it best fits for me. If Seton Hall’s where it’s at, I’ll go anywhere that best fits for me.” Alexander said he will make a visit to Seton Hall “soon.” He also listed Virginia, Notre Dame, St. John’s, La Salle, N.C. State, Ohio State and Louisville among those who are involved. Some of those schools are waiting to see how his academics pan out. “Some of them are [showing] interest,” he said. As for Virginia’s Bennett being on hand, Alexander said, “I really appreciate him coming out to watch the games and see the talent that my team and the other team has.” Bennett was also on hand for Blair’s Jabri-Abdur Rahim, who takes an official visit to campus next week. As for Alexander, it’s still early in his recruitment. “I’m just looking forward to next year,” he said. “I’m going to go visit some schools.” Wherever he goes, he plans to be a “playmaker, handling the ball, giving up good passes, scoring when my team needs to me score and just being a leader.” Follow Adam Zagoria on Twitter And Like ZAGS on Facebook