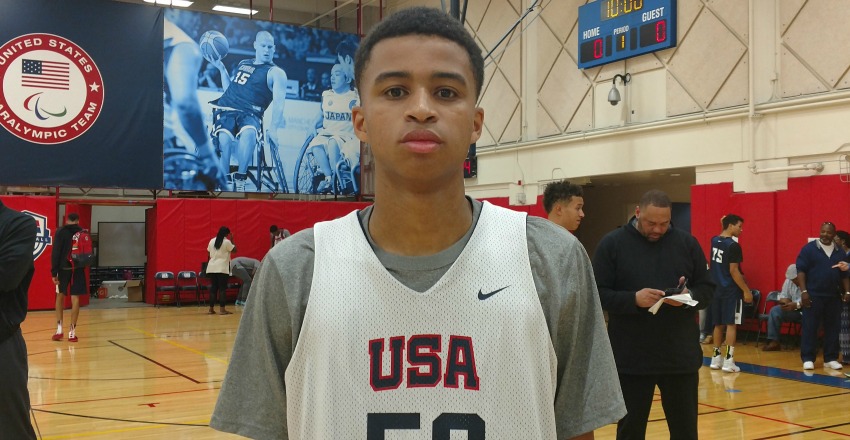 By ADAM ZAGORIA BLAIRSTOWN, N.J. — Jabri Abdur-Rahim didn’t have to travel far to play in front of a group of high-major basketball coaches. The 6-foot-7 wing from Blair Academy is hosting a Who’s Who of head coaches this weekend in his own gym as part of Blair’s Mid-Atlantic Independent School Shootout, one of the first June recruiting events focused on high school teams under the new Division 1 recruiting calendar. Virginia’s Tony Bennett, Michigan’s Juwan Howard UConn’s Dan Hurley were all on hand for Abdur-Rahim on Saturday, while Notre Dame’s Mike Brey is expected Sunday. Abdur-Rahim said those four schools — along with Louisville — have made him a “priority.” Kentucky assistant Tony Barbee also made an appearance at Blair’s first game. “I think a lot of head coaches were here so they reached out and told me I’m really important to them,” Abdur-Rahim said. “I think it’s great, we get a lot more structure and control,” he said of the new June structure. “It’s a lot more similar to the college game so it’s good for them to see that.” He broke down his top schools: Virginia: “I’m taking an official there next week. I’m taking it next week, I’m looking forward to that. Coach Bennett has been on me pretty hard throughout this whole process.” UConn: “Coach Dan Hurley, we’ve been in contact a lot.” Michigan: “I’m probably going to take an official there at the end of the summer, looking forward to that for sure.” Notre Dame: “Notre Dame’s been on me pretty hard, they’ve been at most of my games. They’ve been in contact a lot.” Louisville: “Louisville has recently out, they’ve been on me really, really hard.” Kentucky (which hasn’t offered): “They would just be another school. I appreciate the interest. I would look into it and do my homework on it. I would approach it like I would any other school.” Abdur-Rahim said he has no timetable on a decision. “I don’t have one,” he said. “Obviously, it’s a really big decision so I’m going to take my time with this one.” Follow Adam Zagoria on Twitter And Like ZAGS on Facebook