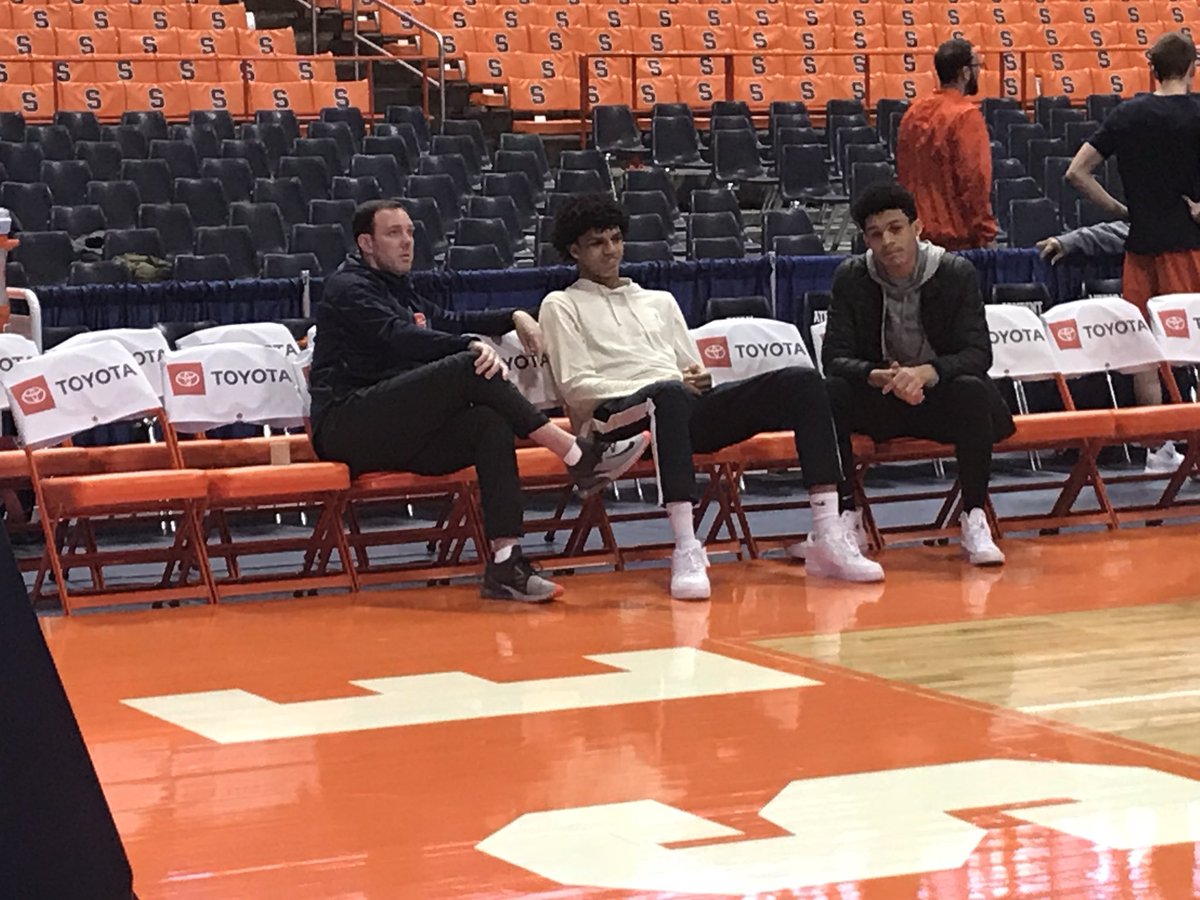 By ADAM ZAGORIA BLAIRSTOWN, N.J. — Andre Jackson was one of the star attractions at Blair Academy on Saturday for te Mid-Atlantic Independent Shootout. Syracuse head coach Jim Boeheim, UConn’s Dan Hurley and UCLA assistant Darren Savino were all on hand for the 6-foot-7 wing guard from Albany Academy. “Definitely the hardest for me are UConn, Iowa, Syracuse and UCLA because I took official visits to all of them and I’m pretty high on their list of players they’re recruiting and I’m really keeping in touch with those coaches and talking to them on almost an every day basis,” Jackson said.

Andre Jackson saves it and goes down and BANGS IT ? @AABoysBball pic.twitter.com/FDudBZeUW9

He broke down each school: UConn: “UConn is giving me a good feel and I’m going to fit well into their program and the way they play basketball. They run and get up and down the floor, different stuff like that. The ways that Coach Hurley used his players when he was at Rhode Island, he showed me , so I can get an idea of how I would fit into the system and I think it relates to how I play, so I like that system.” Syracuse: “Syracuse is a hometown [school]. I’m close to them, two hours away, I’ve been going back and forth from there since I was in third-grade AAU so I’ve always been around Syracuse basketball and I’ve always looked up to the players and stuff growing up, even went to a Syracuse basketball camp for the kids when I was in sixth grade. It was the closest school I was around. Everything in upstate New York is Syracuse basketball so I was just kind of surrounded by it when I was growing up.” UCLA: “I would definitely fit into their style of play as well, the way they run, the athletes they have. It’s definitely my option to get away from home, to get away from distractions and stuff. The coaches are real close to me. They’ve been telling me they will play they did at Cincinnati, that they’re going to play me in a defensive way and have me jump passing lanes and help defense and get out on the break. He showed me film how he uses the wings, and they have a pretty wing-dominant program.” Iowa: “Iowa was one of my first offers, they’ve been around me forever. Coach [Fran] McCaffery has a good relationship with my high school coach, coach [Brian] Fruscio so he’s been around me since I’ve really gotten into the process. He was recruiting Hameir Wright who came before me, and he was around and had seen a vision for me and just believed in me and just talked to me since I was in the ninth grade.” Fruscio called Jackson a “freak athlete who’s ego is perfect because he will rebound, he will guard, he will give it up and pass. “ “He’s relentless,” he added. “He’s got a little a bit of a temper, a little bit of a rage, so he’s going to play hard, he’s going to compete. He doesn’t participate, he competes.” Jackson, who has a GPA in the 3.5-3.7 range, said he has no timetable and plans to take more official visits. “I get four more [visits],” he said. “I get four more this year so if I wanted to take four more different ones or take the same four again, I’m pretty sure I could do that.” He added: “I’m not going to rush the process, I’m going to wait until I feel it’s the right place for me to be. I’m trying to find a school that can fit me both academically and athletically.” Photo: @KateCallawayTV Follow Adam Zagoria on Twitter And Like ZAGS on Facebook